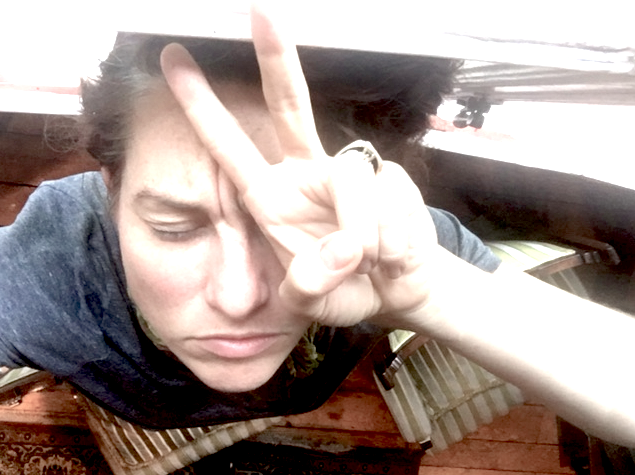 i don’t really know what to say right now. i’m in as much shock as the rest of the world about what’s going on right now.

it started out on friday morning, getting on a train with a baby from essex to london. kat robichaud (who’s a fan and a friend and who was a contestant on The Voice) texted me to tell me about christina grimmie. shot dead signing for her fans outside her own show. i probably don’t have to tell you how that makes me feel. not terrified. not angry. just so, so, so, so sad.

as soon as i googled the news to see what was happening in detail, the guy in the back of the train wouldn’t wake up. and the train security had to pull him off the train. people thought he was dead. he wasn’t; he was just blitzed out, and started yelling at the train security and refusing to get off. it started looking ugly. i carried ash over to the far end of the train, thinking: at least we’re not in the states, where this guy would have a far better chance of being armed. it made me sad to think that.

and then the pulse nightclub. fucking hell. and things in my heart were already on a thread. i just am so sad for my country. not because of the shooting, which is horrible enough. but because of the call to arms. because of the gasoline of fear on the fire. because donald trump is running for president. because people on my facebook feed are arguing about gun control. because it doesn’t seem like we’re doing a very good job at being people.

the thing keeping me the most stable through a sadness like this is a combination of you guys and the baby, who is so blissfully trusting and hasn’t had his innocence grabbed yet. i’m not worried. he’ll be fine. we’ll all be fine. even if we’re not fine, shit happens, and it’ll STILL be fine. this i have learned. but still, i’m sad.

one thing did cheer me up today. two things, actually. the first was making music with edward. we aren’t just making music, but we’re discussing the state of the world and our hearts each morning, and it’s all trickling into the mix, as it should. we’re in a perpetual state of art therapy, and for this i feel insanely grateful. i’m not honestly sure how well i’d cope with clocking into my daily job and having to do something that didn’t involve blendering my feelings into music. i think i’d be really fucked up. so there’s that. that makes me happy.

the other thing that makes me happy was the interview with one of the largest swedish newspapers i did over skype this evening. it was about an hour, and it was technically about the art of asking being out in swedish translation this week (here it is, if you’re looking for, er, a swedish book to read..it’s also kind of awesome and notable that the audiobook is read by a man, staffan dopping, which was a really deliberate and bold choice on the part of the swedish publishers….i asked him how the abortion passages went and he was like…we should discuss that on a podcast. so i might do that). anyway…the interview, as they often do, led me down the rabbithole of my past, my self, and explaining why i wrote what i did, and how i feel about it all. and so there i was in imogen heaps living room, crying on the phone with s swedish journalist talking about radical trust and radical trust and the state of things.

i kept myself functioning over the weekend by asking people on twitter to post nice things they were seeing people doing. some of them are just beautiful. the people who bought coffees for people who forgot their wallets. the people who were helped by a stranger with a child running into traffic. the people who had their rent covered by a helpful friend. ( there’s a ton of them. go read, even if you’re not on twitter…https://twitter.com/amandapalmer ….just scroll down and read. it’s wonderful. and reminds you that world is not all bad.)

and this morning i posted this to my facebook:

every time shit like this happens my heart breaks open a little wider and the space that is left also gets filled with resolve. resolve to stay calm and compassionate and centered. unafraid. more loving. more convinced that there is value to stopping a breathing and considering what is necessary to say, and how, and when. to cause no more pain…we have enough. the ingredients that will actually add a drop of hope to the cesspool.

everyone here in london is just like
“what is going ON over there?”
and I’m like
“I don’t know. I really don’t.”

and again, again, over again: all we can do in the immediate face of things like this is slow down. and love.

I love you all a lot.

it’s a heavy time for the human heart.

if any of you post comments here today/tonight, i’m reading.