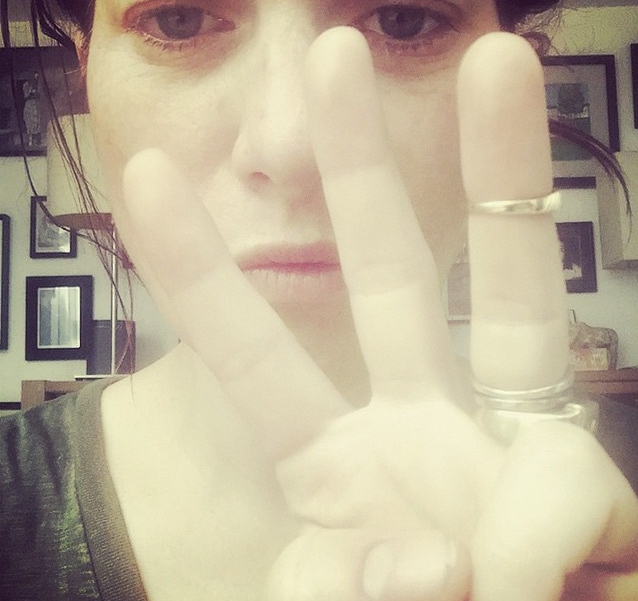 well..today was supposed to be the unveiling of the most wonderful news in a while, but it’s been fairly sideswiped.

you’d think i’d get used to this happening and in a funny way, i am used it to.

sometimes you just need to just stand back and admire the poetry of life and not take anything personally.

this news and blog will be a lot more meaningful to those of you who’ve read the book and are up on all your amanda-palmer-story-cycles about life, friends, cancer, abortions and…y’know….

and as i had another announcement planned and am about to run out the door i gotta keep this brief, and i’m sure i’ll have a lot more to write in the coming weeks, because there will be a lot of feeling, a lot of crying at work, and a lot of things to think about….

today i am going into the recording studio with edward ka-spel, my hero.

if you read “the art of asking”, you’ll remember him as the lead singer of my favorite band, the legendary pink dots.

i’ve been wanting to collaborate with him for years and years.

a few years ago i suggested it, he said yes, and then we waited out Theatre is Evil and The Book Times and this week, this day, today, was supposed to be our grand announcement and start day for a ten-day songwriting and recording session. it is to be ruled by the patreon, and we were going to experiment with releasing stuff direct to you guys and maybe putting it out physically, depending on how things went.

so: i’m announcing it. i’m over the fucking moon. i’m going to write songs with my favorite songwriter.

i’m on my train in a few hours to edward’s place in london where we begin writing.

i also got a call a few weeks ago, and another call last night.

anthony’s cancer is back.

after the long winter we spent mostly in boston so we could see him through his bone marrow transplant, he went into a kind of remission.

he’s been holding steady since the bone marrow transplant started in december, and it’s been a rough ride.

he has been mostly in hospitals and in bed since december, but as spring came, he started coming back to life, and started driving, and started living again.

but then they found new cancer cells. that happened at the beginning of tour. he’s not doing well.

it is why i cried the other night in dublin, it’s why i’ve been crying a lot in general.

so it looks me my announcement is more like this:

i’m going into the studio today to write songs with my hero, edward ka-spel, but it may be the shortest recording session ever,

as it looks like i may be returning home in a few days to sit beside my best friend, and hold his hand, and be with our little village,

and go through something very hard if it’s going to happen.

they are doing some tests and trying a new drug on him on thursday and seeing the results on friday.

if the drugs don’t work, it may be bad, and i’ll go home on saturday.

edward understands what’s happening, and we’ll break ground now and build more later if it comes to that.

at a time when anthony was teaching me about love

and the world that’s been created….

….everything was fine, really.

i was doing fine.

anthony’s been sick for four years.

until i considered the fact that my best friend might not get to….see me as a mother.

i don’t want him to die.

i want him to stay here.

i want him to stay here with me, and with his wife laura, and with all of our friends.

i want him to hold my baby.

but for now, i’m just going to weep my way through a few days of what i hope will be some of the best songwriting of my life,

and keep the faith.

everything breaks, he said.

it’s not our job to decide how shit goes down, all we can to is abide.

please wish me luck in the studio today.

and send anthony all of your love and prayers and everything else you can think of.

i love you all so much.

yet more news from The Mortal Front.