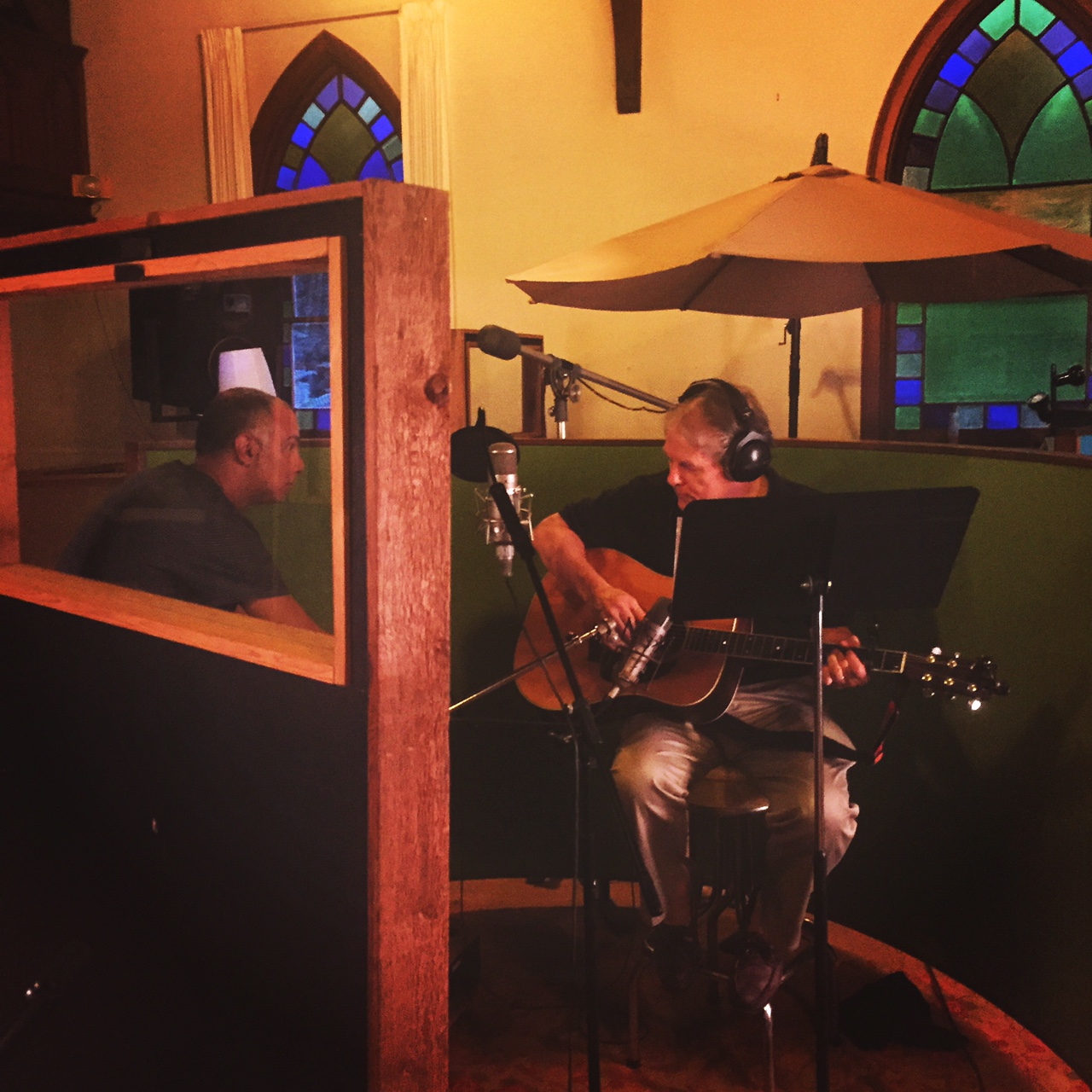 sorry to have been incommunicado for a while….the Epic Lyme Disease bout knocked me well on my ass and screwed up my flow, but i’m slowly catching up to reality. i didn’t want to announce this project until i actually had a moment to sit down and write and reflect.

i was also nervous about whether it was going to work, or be good. and….it’s working, and it’s really, really, REALLY good.

for the last three or four days, i’ve been camped in upstate new york in a beautiful old converted-church recording studio doing something i’ve wanted to do for over five years now:

i am making a record with my dad, jack palmer.

we have been talking about doing this since the first time, ages ago, that jack came on stage with me to cover a leonard cohen song in washington DC. it took this long to find the right time. then there were label problems, other records, bends in the road. the time is now. (here’s a link of us doing “night comes on”, by mr cohen: https://www.youtube.com/watch?v=H..). my dad has been a musician all his life…this guitar he’s holding is his 55-year old martin that he’s had forever. his booming bass voice is stunning. he sings regularly in various choirs in DC, sometimes at the national cathedral. he’s sung at the white house. he’s too legit to quit.

this Amanda & Jack Thing is a big collection of *all* cover songs, painstakingly hand-selected by both of us over the course of the last few years, from the very old to the very new….mostly with my dad playing guitar and the two of us singing together. i play some piano. some ukulele. some other oddball instruments and toys. mostly really simple, meaningful songs, songs that meant enough to both of us to make the cut.

it’s being engineered by joe costa, who engineered Who Killed Amanda Palmer down at ben folds’ studio in nashville. he is awesome (that’s him to the left of my dad in the photo).

so: i have NO IDEA how i’m going to release this sucker…i’m going to come to you guys for that. i could certainly just dump everything free-direct-online as a record, or two EPs, and charge you guys….but the record is sounding bad-ass enough that it might be time to print vinyl, maybe even try to give it a life outside amandaland and get it in stores (whatever’s left of them). i don’t want to decide until i hear the finished, finished thing and talk to y’all. we’re in uncharted release territory. ideas are welcome.

i’ll write a longer story when the songs start to come out about what we picked, and why, but i wanted to let you guys know that it’s happening. we’ve been in the studio ten hours a day, CRANKIN. my dad is killing it. he’s so so good – and not everybody can handle the pressure of endless studio days. he’s a pro.

it feels insanely good to be BACK AT WORK, doing what i’m good at, sitting at pianos and mics and instruments….i haven’t been in a proper recording studio for a long stretch of time since “theatre is evil”…and that was what….three years ago? too long.

the baby kicks all day while i sing. they say the wee ones absorb a lot of sonic information in the air around this time, so i can’t think of a better moment in my life to be doing this. it’s like pregnancy therapy. not only do i not feel useless (that existential angst is definitely starting to set in) but i feel like i’m killing two birds with one stone. making a record. and providing this child with an excellent, repetitive womb-soundtrack….provided by mum and grand-dad.

but also….i’m feeling the slow-motion reality of having a pregnant body hit me like a daily ton of bricks, and if i’m going to be totally honest.

i lie down on the studio floor a lot. my fingers are like swollen sausages that make playing the piano a bit of a bitch.

i have to pee every twenty minutes.

and i’m feeling the weirdness of being able to now count the number of days until i’m not one people, but sort of two people. i keep looking down in total bafflement that i have a baby inside of my body and it’s going to come out, and…be here. in a really permanent way. it’s exciting and very frightening.

they say this is normal.

it’s not helping that neil and i still have no idea how to merge our physical lives together and haven’t yet decided where to go for the year. our lives worked perfectly when we lived apart and made time to spend together, and then we managed to go into a long holding pattern when anthony was sick, and we got too used to the holding pattern. now we’re facing a variety of known knowns, known unknowns, unknown knowns, and unknown unknowns. and answers about how to pen the next chapter for a writer who wants book-writing stability and a musician who needs people and a mix of  (plus a baby on the icing of the trilemma) are not forthcoming. the solution seems to get more elusive by the day. i find myself pinching and zooming on google maps late at night, looking at blue-dotty cities that are in the running, asking “…are YOU my mother? are YOU?””

and it feels so good to say this again:

i cannot, cannot, cannot wait to share this beautiful music we are making with you. listening back to takes in the control room, i get the nice shivers.

it feels like a “record” in the literal sense.