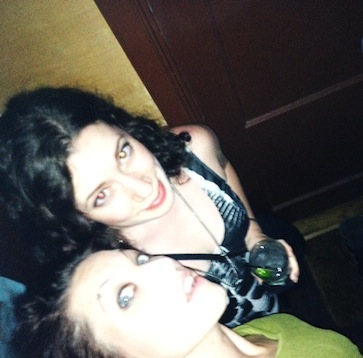 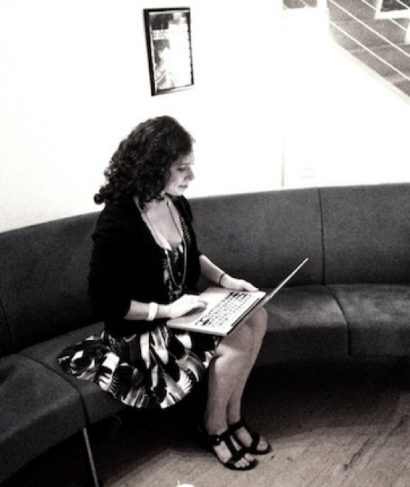 we were backstage at an NPR @allsongs-considered event called “live listening room” (which was, by the way, EXTREMELY fun and awesome. everybody sat around listening to and discussing songs and music of all genres. lots of fun arguing about what makes a good song good. then me & the grand theft orchestra played 4 songs acoustic and made everybody jump around and clap. good times.)
i couldn’t have been surrounded by a more benevolent group of folks that day, given what was going on. if anybody understands my philosophy and the complicated collision of art, commerce and asking for help…it’s the folks at National Public Radio. they got it. there were lots of jokes and hugs.
my band was paid for the gig in beer….and also paid in the chance to play our music for a bunch of smart music listeners in DC, who will hopefully go out and spread the word about our band. worth it.
if you haven’t heard of her, emily white (no relation to the emily white that used to work for me) was an intern at NPR’s “all songs considered” who found herself smack-dab in the middle of her own kerfuffle a few months ago when she posted a blog on the NPR site called “I never owned any music to begin with…”
david lowery then posted a long letter/response (here on the trichordist) in which he scolded her for downloading music and putting musicians out of work…
…which, as you may remember, started a FULL-BLOWN MOTHERFUCKIN’ BATTLE between the old school (people must pay for digital content or musicians will starve and die!!!!) and the new school (digital content cannot be locked, the floodgates are open, let’s figure out a new creative solution!!!)
and emily, who probably never imagined that she’d be a symbolic poster-child/whipping-post in a huge cultural argument, had to stand in the field and feel the arrows fly.
and goddamn….i couldn’t have run into a better person. we went to a bar after the show and got to talk a little.
no doubt about it: my band has hit a DEEP, PAINFUL cultural nerve.
many musicians and artists are SCARED right now. the economy is sucking. traditional record sales are plummeting. digital content is rampantly freely shared (and many artists like me are encouraging people to share and copy). big, previously untouchable musical institutions and symphony halls are shutting down. a lot of musicians fear for their livelihoods…and fear often breeds hate and anger. a lot of musicians really don’t know where their next paychecks are going to be coming from.
and everyone has a different approach.
this is the nerve we’ve struck. and i am a really convenient target at the moment.

i got an email a few days that was so profoundly nasty it took my breath away. it was from one of the erstwhile violinists from a big, legit-as-fuck orchestra i’ve played with (about as PRO and UNION as it gets in music world, and they’re a really wonderful orchestra who i was honored to play with).
it began:
“dear amanda, you ignorant slut…”
i sat there staring at the screen, almost unable to believe what i was seeing. a professional, symphony-hall-level violinist? was starting an email to me like THAT? no FUCKING way.
saturday-night-live reference aside, his email went on to tell me that i should have fun with the amateurs and generally go fuck myself. i checked in with my old contact at the orchestra to see if his email was legit and she confirmed it – this was for real. wow. she also told me that dude has lost his marbles since leaving the organization (phew) and also told me she’s been following the kerfuffle and she sympathized (yay), and reminded me that a lot of pro musicians, especially classical ones, ARE freaking out right now….and not to take it personally.
i talked with emily white over our beer about how she felt, being the living symbol in a giant cultural battle. as you would expect, it sucks the life out of you a little. it happened right before she turned 21 and at her birthday party she said her friends kept stealing her phone away so she couldn’t follow the controversy and the shit being thrown left and right. i feel that.
this is always the problem….can the world remember that the human beings behind the issues are not the issues themselves, and restrain themselves from making it personal? I can’t tell you how many “you’re such a stupid cunt” and “i’d pay to travel just to fuck up your gig…if i played violin” tweets i’ve seen in the past few days, and emily had to field similar trolls who weren’t interesting in actually talking but more interesting in just being dicks. even neil, my husband who has NOTHING TO DO WITH THIS, has been fielding hate and anger from people who just see him as a fun target because he’s high-profile.
i promise i won’t feed the trolls.
but it still hurts, a lot. how could it not? i’m a human.
stay with us.
and do me a favor…keep talking about the music.

p.s. here’s some photos from our awesome NPR field trip……

chad raines and his banjo….mounting the piano at the listening party (pic on the left by @bkirkland, pic on the right by @GibsonWashDC…click to enlarge): 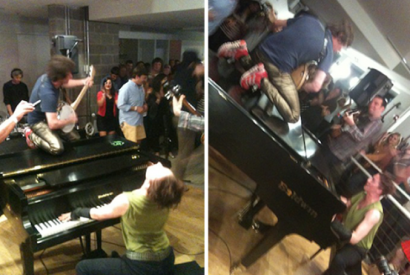 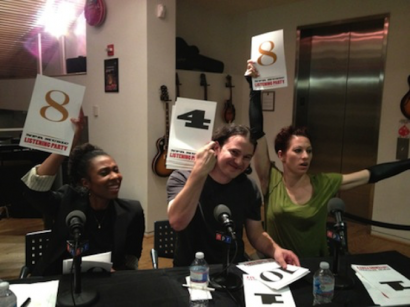 me and some very nice NPR interns, getting ready to PARTAY: 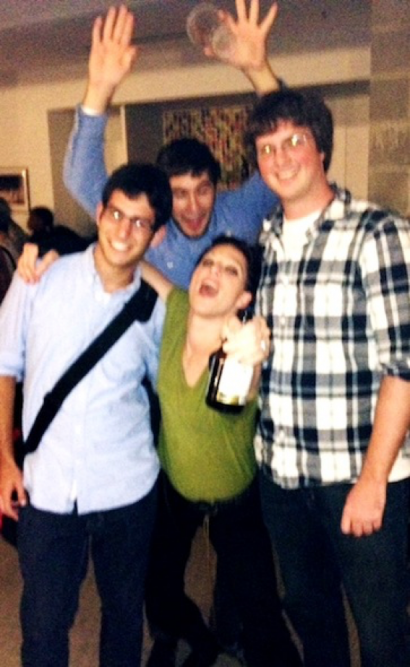 …and bam. me & emily white, gettin’ real in the bar down the street: 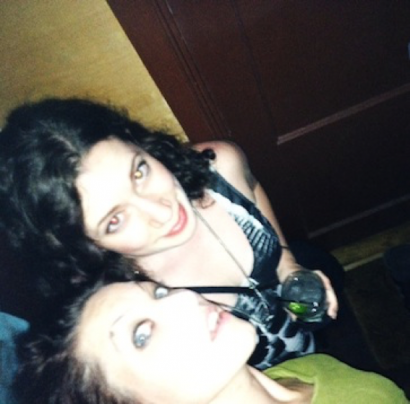 lastly, a collage of the band playing the tiny desk sessions earlier that day at NPR, shot by my friend malka zeefe: 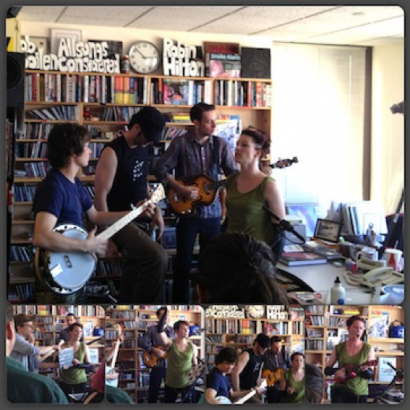