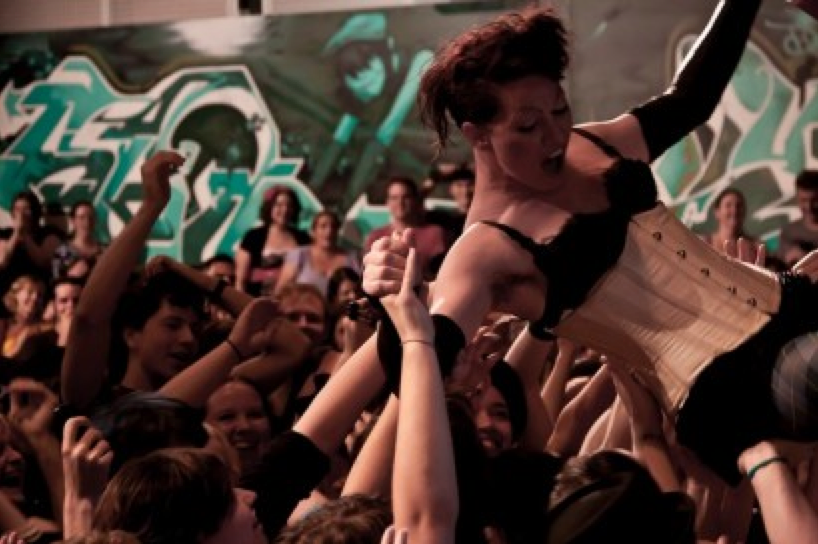 January 30, 2011
the comments on the last blog made me feel better.
not because i was fishing for reassurance, but because people were so honest back at me.
i fucking love you guys. thank you.
meanwhile, everything has gotten better.
well, neil left, so that wasn’t necessarily better, but he left behind him space to think where i was mostly just spending time in love and figuring things out.
space is good, sometimes, for getting thoughts in order. i think i forget that. i know i love space but i forget why. then i remember why.
i’m backstage in newcastle.
jim batt, kim boekbinder’s melbourne boyfriend who’s been coming along with us, just took this…. 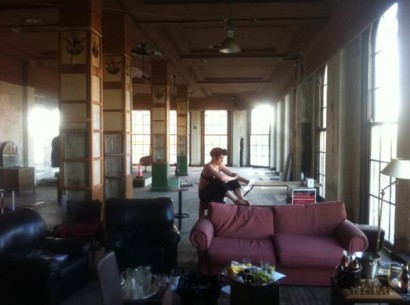 in the last few days, some really good things happened.
good thing number one was the gig at karina’s house.
she buckled down and got a bunch of people together to buy the $5000 “I WILL PLAY YOUR AUSTRALIAN BARBECUE” bundle.
we took a night in sydney and got a ride from crystal out to prestons – an OUT there suburb of sydney, and had a fucking wholesome freaky picnic.
i was actually kind of nervous about the gig – not about whether it would be GOOD (it’s almost always GOOD) but about whether we would all feel weird about a situation in which people had paid serious money – pretty much directly –  to attend a fucking weird suburban picnic with a crazed piano player.
strange, i don’t feel weird or think twice about 2,000 people paying $80 to see me at the opera house, where i don’t handle the money.
but this was different – i was wondering if i’d feel strange, guilty, whatever. i didn’t.
well, actually that’s a lie. when i first walked into the house and i saw all the food karina’s mother had cooked (good god, there was a a lot of food) i thought: i’m getting paid? for this?
why don’t i think that when i see catering? or when people bring me food backstage, like they often do, sometimes at great expense to themselves? i dunno.
i think there’s something inherently difficult about saying: THIS IS WHAT I COST IF YOU WANT ME directly to your fans.
it’s easier to say it to a promotor, to a venue. i say it all the time. it’s harder to say it to your friends and fans.
but….it worked. it was a fantastic fucking night. i feel so incredibly lucky to always work on the assumption that my audience will be made up of people that are interesting, people i want to actually talk to.
i borrowed a piano from a girl who came to the gig (and she wound up playing after me, while i signed and chatted to folks), took requests, drank beers, told stories, listened, hugged. kim came along and played some of her songs, and we sang together, and we….felt right at home. i was given some incredible gifts. i feel like collapsing sometimes under all the awesome that comes into my life.
thank you to all you who were there. that was special.
and
ever since i put the $5k BBQ on sale with the australian album i’ve had people from other parts of the world emailing – asking if i’m for sale in their part of the world, because they want to buy me.
the answer?
fuck yeah. i just have to figure out how to do it.
i think i actually LOVE touring this way. it just takes some getting over the weirdness of dealing with money directly with your fans,…but i’ve been getting good at that in other realms, and so has everybody else. this is the way the whole industry is headed as the structures of old topple and the internet takes over. you find your people and go to them.
eric and i talked a lot about it. there’s something really fucking satisfying about the money not going to everybody inbetween…the promotors, the ticketmasters…and not having those inbetween people involved AT YOUR GIG. there’s something that kills the vibe about playing in a venue and knowing that everybody who works there doesn’t give a shit about you, your music, or your fans.
usually, when i do a show that EARNS $5k at the door, i’m lucky to see less than half of it. and that’s being generous. granted: it would be near-impossible to play a backyard gig like this for more than a few hundred people, tops, and SOMEBODY has to be the incredible organizer (in this case, it was karina’s unpaid hard work and dedication that gathered all these fans together). and in the “shit that can go wrong department”, well….there’s a shitload. but still. who the fuck says we can’t? shit goes wrong in venues all the time. i’m going to think about it. i loved it, everybody else seemed to love it, and the point was: not every band could do this. but since i can whip out a ukulele and play a solo piano with no speakers – it’s easy. why the fuck not?
here’s all of us….on karina’s porch, photo by (i think) karina’s brother. she’s the one next to me who isn’t pink haired. that’s kim. 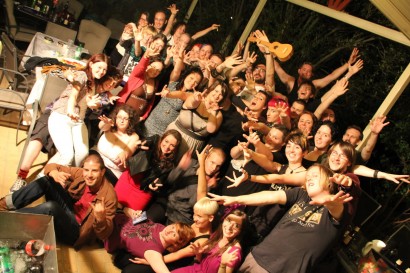 http://twitgoo.com/1y06tv
…………….
the next night i headed to an old train station in sydney that’s been transformed into an art center called carriageworks and did a totally free ninja gig – which was also amazing.
not as intimate, not as cozy, but cozy nonetheless, and everybody had a fucking blast. i learned a last-minute clash cover on the uke and invited people to crowdsurf….and it worked.
i love australia.
people brought weird things, as directed on twitter, and this led to me wearing a merkin on stage. i will try to find photos.
kim entertained people as is her talent…and i keep talking about her without mentioning she’s got an amazing new album out on bandcamp, called “the impossible girl”, which you should check out.
tom and jen (ie the jane austen argument) who’ve also been opening for me left and right, also just released their first bandcmap ep:
we’re ALL here in newcastle tonight….tom, jen, kim and mikelangelo. we’re playing A BAR in newcastle. we all just ate fish, and i gotta go get dressed.
quick quick
here are some pics of the sydney ninja gig….
getting ready beforehand: applying tom dickin’s guyliner while kim and i simultaneously rehearsed our cover of “such great heights”…
(all the below by ben chant) 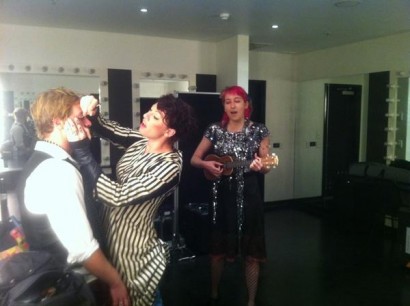 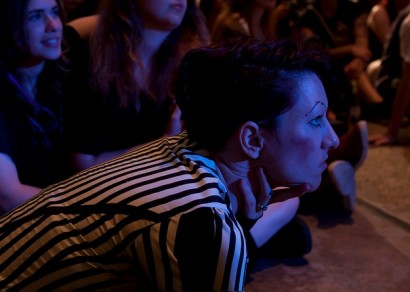 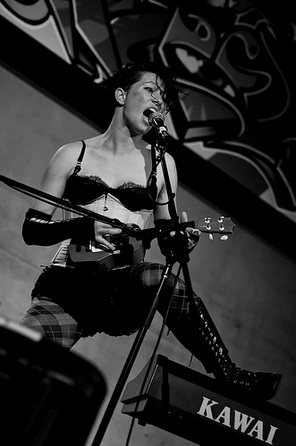 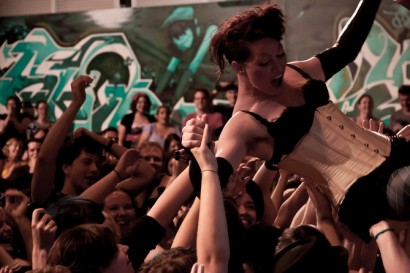 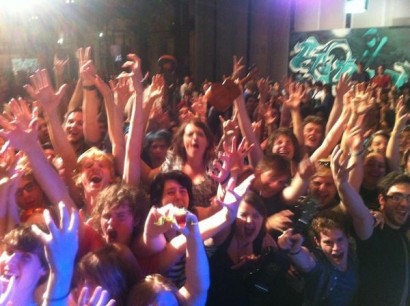 in closing….
i think more ninja gigs and house parties are in my future. the money….i think the money will figure itself out.
judy collins said something that struck a hard chord on the radio interview i did with her the other day the other week; one of the most true thing i’ve heard in the long time.
she said:
musicians get paid for the long flights,
the shitty hotels,
the delays,
the crap food
and the lonely nights
…the music is free.
amen judy
XXXX
afp
Back to Blog
« Previous Post
Next Post »