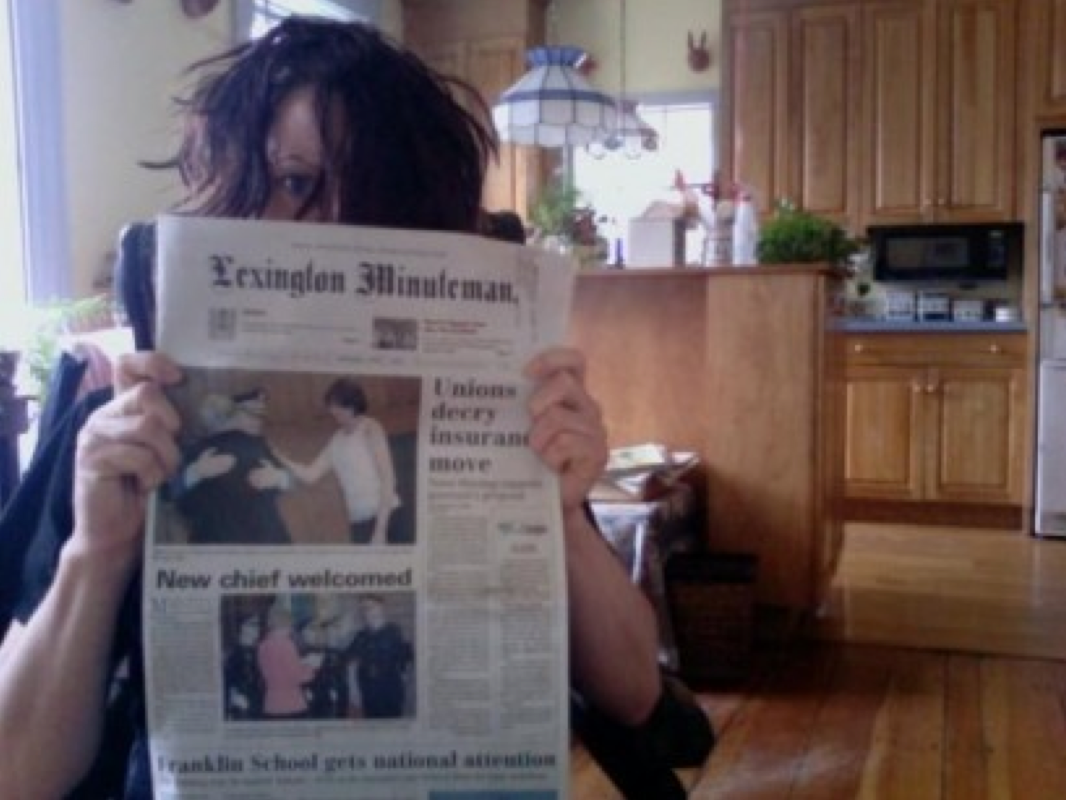 as a teenager, i used to take very special pleasure in reading only one section of the local town paper: the police log.
it was always HILARIOUS. i remember one time reading that a concerned resident called the police to report a “confused woodchuck” on their street.
(they investigated.)

this town is a small, historic, kindly, intellectual new england suburb. the american revolution started here (i once trained to be a town battle green tour guide – you had to wear a stupid trocon hat).
noam chomsky lives here.

it is populated with people who are rich, educated, mostly support obama and when asked about the race issue, would say: “i love black people! why, i even had a black friend in college!”
you know. book clubs. potlucks. tennis. it’s own little skateboard park, so “the youth” don’t skate on private property.
superior high school educations rivaling the rich private schools.
i can’t knock it too much.
we never locked our houses when i was growing up. (but they do now).

the paper was always home-delivered, with the mail, to our dear old house on thursdays.

so,
the paper showed up today and i very nostalgically opened to the first section to read the police log. 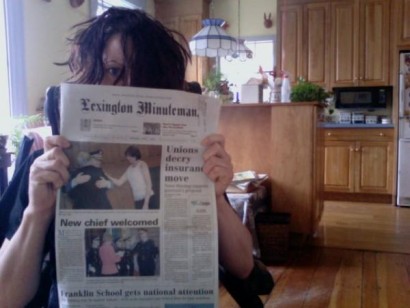 these excerpts (which are now – the future! – also available online) should give you an idea of what this town is all about:

Monday, March 23
A caller from Grace Chapel on Worthen Road requested police stop by during evening and midnight shifts as cleaning crews have been reporting teenagers hanging out in the church’s parking lot after dark.

Tuesday, March 24
A resident reported her car was vandalized after she let her son take it to school at Lexington High School. The car had been keyed along the passenger side and along the front hood. The matter is under investigation.

Wednesday, March 25
A caller reported a white minivan was parked for a while on Grassland Street. By the time police arrived, the vehicle was gone.

Thursday, March 26
A caller reported a suspicious man on Concord Avenue by Chadbourne Road. Police determined the man was a water department employee, reading meters.
A caller on Wachusett Drive reported someone in a white SUV had pulled into their driveway. Police arrived and spoke with the SUV’s driver, who was known to the original caller.

Sunday, March 29
A Winthrop Road resident reported someone had broken into their home overnight and taken a video game console, some games and some smoking paraphernalia.
…………….

i love that last one. it’s so….mysterious?

you may be wondering, as i am, how the lexington police manages to organize their forces to combat this rash of local crime.

the solution is obvious. lexington is home to not one, not two, not three, but SIX dunkin’ donuts establishments within the town’s small borders. 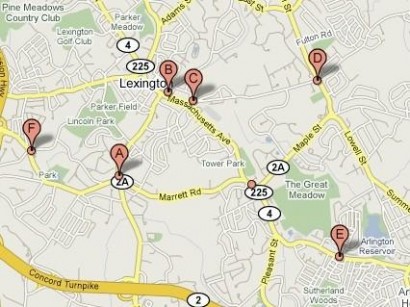 …and it is there that lexington’s finest can gather the fuel, bonhomie and caffeination they need to combat the non-stop deluge of suburban rioting, immoral malfeasance and stoned teenagers stealing gravity bongs from each other’s basements.

THE FRAUD POLICE: afp gives a commencement speech to the class of 2011.