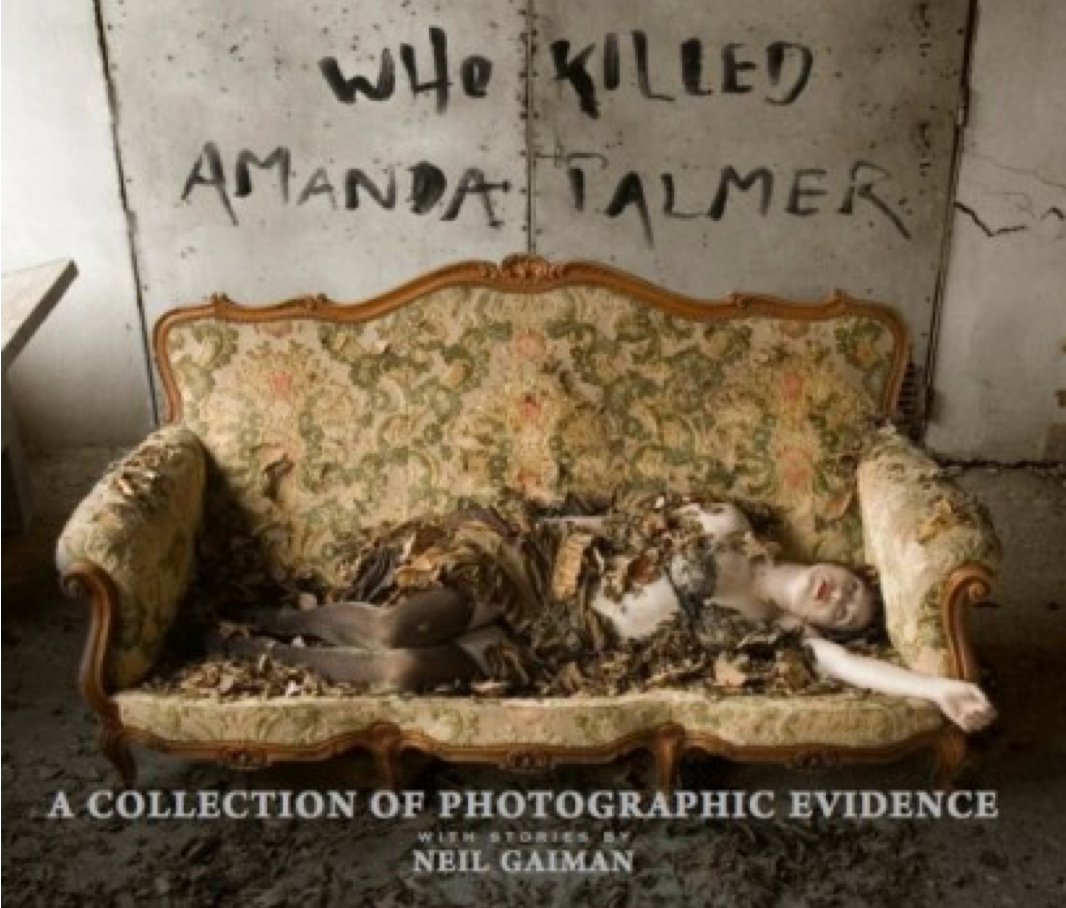 i’m at my parents (dear old) house in the suburbs, sitting at the kitchen table after having watched two tivo’d episodes of the daily show with my parents.

i think i realized something profound. i only watch about 6 hours of television in a year.
when people start asking me advice about ANYTHING, from “how can i be a good artist” to “how do you manage to do so many projects” i think my new stock answer will be:
simple. i never watch any television, ever.

just don’t watch it. period. waste of fucking time. even on planes. on planes i can do movies. but television EATS YOUR BRAINS. throw that shit OUT THE FUCKING WINDOW. ok.

after flying from tasmania to new york for one day to austin for three and driving across the south for 6 shows and flying up to north carolina all in about 2 weeks, i feel like a fucking bag of dried apricots that a dog has eaten and then thrown up. but i am feeling more human by the hour.

i landed at the boston airport and literally went straight to lexington high school to start on the spring play project….
no…no coffee break. that’s the way i roll betches, i’ll sleep when i’m dead.

i have decided to cut back on my twittering as of late as i decided i was trapped in what zoe keating called something like “living within 140 characters”.
when you start reaching for the twitter upon every event in your life, it’s time to cut down.
i will ponder how to use this dangerous tool. meanwhile, i can’t completely stay

i thought about doing something clever for april fools but my brain could not handle the idea.
i did think about writing a long apology/explanation to roadrunner records, unveiling my new slimming no-carb diet plan (fans can follow my daily progress on TWITTER!! that’s right!)
and announcing my new pop album, available on roadrunner records in 2010:
“i’m only in this for the fame, the money, the drugs and the very slim chance of meeting and fucking one of the dudes from nickeback”

lots of people have been asking, so….

things i need to blog about:

1. why i signed with roadrunner in the first place. it’s a good story, and one that needs to be explained.
it will tie in nicely with my “how this whole fucking mess works” blog i plan to post in two parts.
part one: how major label artists like me make money and do business nowadays
and
part two: why music maker and listeners need to join hands and change the entire system to one of artistic patronage.
i think it will be really interesting.
i will write it when i am not so tired and working on a play.

3. the plan for the upcoming year. warning: it will not involve me coming to a town near you. that’s right, kids. AFP is going to stop touring for a while. i’ll be playing a few shows, but not moving around very much.
this chick is sick of traveling and running a business. she’s calling it quits for a little while, so expect long desolate stretches of NO TWITTER updates (good god) and no blogging. not NOW, so don’t fret. but i warn you. the pause is nigh.

5. the lexington high school play….which i can talk about a little now before i collapse….then maybe i can cross it off this fucking list.
if you follow me on twitter you may be wondering what i AM doing stuck in the suburbs (i haven’t even gone home to my apartment in boston yet…..)
i am working for the next two weeks and again for the end of april and first chunk of may on a PLAY at lexington high school, my alma mater.

i can tell you that after two solid days of rehearsal, this shit is going to be SICK.

the play is inspired by and features songs from “in the aeroplane over the sea” by neutral milk hotel. 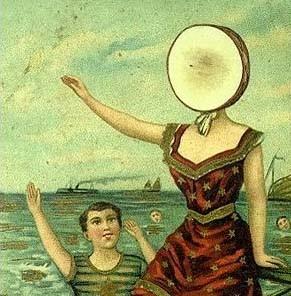 one of the best records in the world. if you don’t got it, get it. you might recognize the song “two-headed boy” from the dresden dolls frequent covering of it.

i will be in the play….doing what, i am not sure. probably playing music. probably singing.
we are writing the show in workshop, which means that 20 of us sit around and work out ideas based on improvs that the students have created. it’s a process i miss, with a director i miss, mr. steven bogart.
he was my beloved drama teacher and i chalk up a huge amount of who i am to him. he did theater with us in high school that would blow your brains out. real, deep, profound work. he treated us like adults. we made thater that we loved – it wasn’t just bullshit, it was life-changing. i hope that’s what happens here, and i think it will.

i will try to get pictures and put together some youtube footage of rehearsals.

if you live near boston, hold the date: may 7, 8 and 9. we might add a matinee on the 9th in the afternoon. the tickets will be cheap but may be hard to get.
make sure you are on the MAILING LIST to get the announcement.

i also bought a guitar to maybe play in the show. it’s a little martin.
i have learned four chords so far. 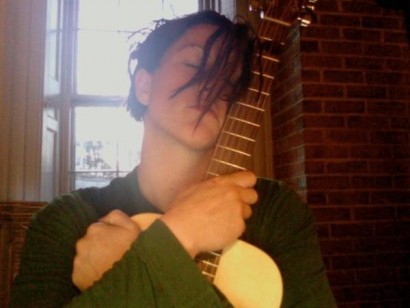 which reminds me, the NEIL GAIMAN BOOK is about to be put up for order. it will be shipping, honest to god, at least honest to god if the printers aren’t lying, at the very beginning of july.
will send a whole spiel on it later, but it’s a full-color book of photos, red-cloth-bound, hardback with dust jacket, coffee-table sized and very beautiful.
i will start posting from teaser pages from the book just to lure you, soon. 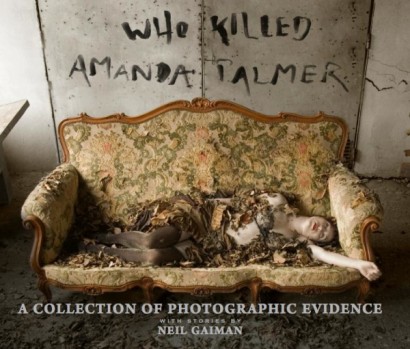 we are only printing 10,000 copies. given how insane neil gaiman fans are, i suggest that you get your ass on the mailing list if you want to know when the ball drops for the online order-time.

……pitchfork ran two articles on AFP this week:
one on the play
and one on the “please drop me” song
amanda palmer hipster-double-header!
awesome.

…..i am featured on the cover of NEO2, a super-fancy fashion magazine, this month. will send photos your way soon, they involve full-frontal nudity, which is another AFP first.
historic! if you live in spain, go find it.

im liana and im 8 well almost 9 all be 9 at march 29 so ya.i love your
song oasis i love it so much that i called it best song ever well dah it
is.but willy all your songs ar the best no willy.pleace send me back for
this message.bi.

my my, they are starting young. 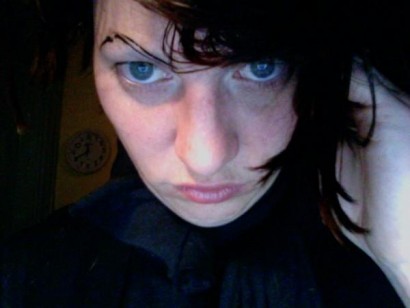