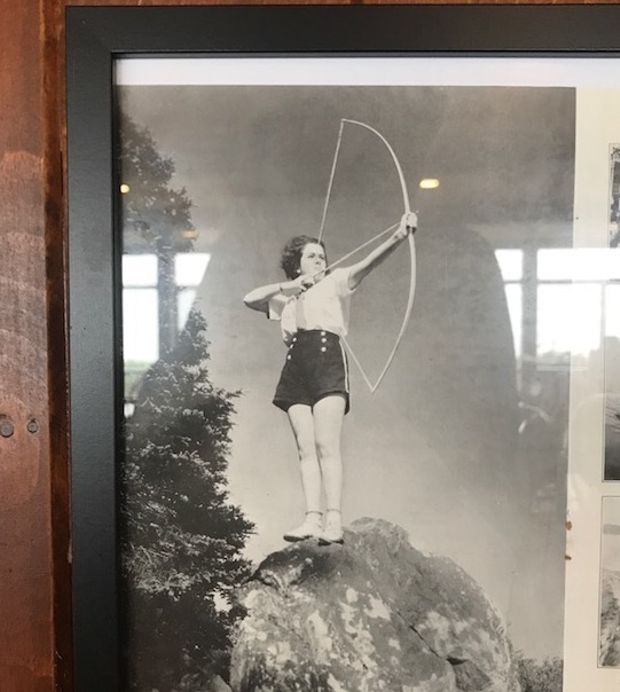 the thawing of the maine artery

i’m super happy to see that the vast majority of y’all have gotten your Art Cards…if you sent for one and it still hasn’t arrived, you can drop a line to customercare@amandapalmer.net and query, we’ll get you sorted.

upcoming: there’s ONE very exciting and super-surprise Art-Thing that i’m dropping at the end of the month, in just a few days…a beautiful collaboration with an old friend. i think you are going to love it. i do. stay tuned.

meanwhile….greetings from coastal maine, where i’ve been hiding for the last 7 days almost entirely offline with neil’s family (including our beautiful new grandson, everett…and you should see me whipping around the term “grandson” when on conference calls to fancy theaters nowadays, i’m like “yes, just have a moment, we’re are on vacation with OUR GRANDSON” and you can hear all the other phones drop, it’s awesome), with my family (including my sisters who came over from europe and santa fe), neil’s various fairy god-daughters and many frightened and despondent lobsters. it’s the first family vacation neil and i have taken since ash was born. it’s been fucking beautiful.

i attach here a photo of a girl at a maine summer camp in the 1940s.

apart from going on yoga and meditation retreats, i can’t remember the last time i spent this much time off the internet, and i gotta say, my head is thanking me. we’ve been eating together, going for walks in the woods, playing with the baby in the rocks, examining periwinkles, and basically doing a whole fuck load of nothing….meaning: everything. i brought 12 books (i’m the sort of idiot who always brings 12 books on a seven-day vacation) and i have read exactly 4 pages of one book. we have been sleeping a lot. it was a hardcore winter and spring. this is the collapse.

there is one thing i have to share, because it’s been life-changing. i came to maine almost every summer as a kid, and the water was always just a black, daunting mysetry. a thing you looked at, not something you GOT INTO, unless you were insane.  the only time i’d ever stick a single toe into the freezing bay is if i lost some kind of wager or an evil sibling pushed me off the dock or out of a canoe.

but for the past week i’ve been SWIMMING IN IN THE COLD BAY WATER every day and i’m addicted to it. addicted like crack. is this normal?

it’s been COLD, not FREEZING….the water is about 60°F, which is 15.6°C for y’all non-americans. given that people swim in glacial lakes, i hardly feel like a guinness-world-record breaker. but.

it started like this: a few weeks ago i asked a pal of mine in upstate new york how he copes with the winter weather, and he told me that he deals with it by immersing himself completely in freezing water for five minutes every morning. and THAT reminded me of what a czech friend recently told me about body-hacking…that if you immerse your face in cold water, it has the effect of heating your core because your face is kind of like your body’s barometer, and you can hack it (i.e. if your body is using your face as a general-weather-thermormeter, and you tell it that it’s arctic, it’ll get to work at pumping up your core temperature). this may or may not be true.

but i was curious, and having already faced off with my own cold-pussy tendencies a few years ago when presented with a cold plunge after taking a sauna in santa fe, i dove into the bay to see what would happen.

there was a huge psychological barrier (WHY AM I DOING THIS? IT WILL BE COLD. IT IS DARK IN THERE. SHARKS?). but i jumped. and actually stayed in and swam, to see what would happen.

what happened is this: it was cold. for a second. then it felt kind of nice. and so i swam around, trying not to feel cold, but just feeling what i felt. and then i got out. and i felt fucking fantastic. so i did it again the next day, and was mulling all of these things when the upstate friend sent me this link about Wim Hoff, and i watched it with total fascination.

it’s worth a watch even if you never plan on plunging yourself in a bay: https://www.youtube.com/watch?v=VaMjhwFE1Zw.

wim’s closing statement about love may seem far-fetched, but it isn’t, really.

yesterday i swam a full twenty minutes out to a little island, and neil and my sister and my step-father and little nephew all followed me in kayaks and canoes.

it was slightly scary, but i did it, and i FELT LIKE A GOD. go look at the picture of the girl with the bow and arrow on the rock again…i felt like that.

the most phenomenal side-effect of cold water swimming is that it warms your core. so you have to deal with the cold for a moment, indeed, but then you have this little inner fire for the rest of the day that stokes your general physical and emotional furnace. i usually only feel that entire whole-body buzz of peace, well-being and joyful exhaustion-calm after 90 minutes of extremely hot yoga. now i can have it after a 4 minute freezing swim. and now i am so excited to find other cold bodies of water to hurl myself in.

and now i am frightened because i am proselytizing.

and now i feel like one of those jesus freaks who’s constantly irritating.

i have now made 5 other people jump in the bay and they, too, have admitted to feeling like gods (or demi-gods). neil has been swimming with me from one dock to another and claiming it’s helping his sinus problems. he also has revealed to me that he has an actual almost-phobia of the open bay water (he thinks he actually might die, however irrational that is) and so i’ve been ultra-proud of him for cozying with the lobsters and the porpoises.

there was a hilarious moment where we were swimming along from dock to dock and neil was saying something like “i might die” and i was like “neil, that’s just not real” and he stopped and said, defensively “it’s real in my head”.

and i swam-laughed, not just because “it’s real in my head” would be a perfect fucking epitaph for the gravestone of my fantasy-fiction-writer husband, but also because he put into five simple words the entirety of human existential fear, pain and crisis.

also there’s that strange lurking question: WHY DID I NOT KNOW? i feel like my friends should have been extolling the benefits of cold-water swimming to me all my life. where were they? why didn’t they tell me? wait.

but also: maybe this fear and distaste of the cold water is one of these things that i just wasn’t going to approach until i hit 40. like the way i couldn’t handle olives until i was in my 20s. i am still waiting to like the taste of scotch. i figure it’ll happen when i’m in my 60s.

there is this deeper thing. it’s always been simple: i’ve always looked at any cold body of water and sort of hated it. because i hate the cold. i really, really hate being cold. (my friends can all attest to my sincere hatred of All Things Cold).

there is a poetry here. you have to deal with a slight discomfort, but the pay-off is immense. i won’t go on and on about the emotional parallels here, but you can do that work for me….or i’ll short-hand: a small apology. or a small confession. or a moment of compassion for someone you would rather ignore. you name it. you get over the initial resistance, and the world opens up. but that discomfort…it’s real. it’s the black, cold water. it whispers at you to run away, run away, this way lies pain.

but when i swim in the cold, i become warm. and then everything seems possible, because it’s like…i always hated cold water, because it’s cold, but it’s making me warm, because science. and what does that mean about the rest of my reality?

maybe i actually DO love everything i hate, or maybe the thing i hate is actually the key to unlocking love. same, same.

ash, by the way, is usually in someone’s arms. he cries when we swim away, as if he fears that his parents are going to be eaten by the sea. then i hold him on the other side. it’s a beautiful feeling.

the black water can hold you, that’s all.

these are the lessons of maine.

oh and also i took a request from a very drunk lady a few nights ago to play her aged drunk mother a song on my ukulele the other night – she had no idea “who i was”, she just saw me strumming in a common area – and i played them both “in my mind” quietly at the bar and they both cried. and i thought that was perhaps the best concert of my career.

i’ll be back online and Singing and Thinging over the next few weeks – i’m still doing massive piles of life re-organizing and office-finding and stuff-sorting and there’s a lot of Art on the back burners. this week has given me a calm chewy center from which to pick up my fucking art-bow, aim and shoot.

i have the whole of space to take down – this week, black cold bays, next week…. huge black holes.

p.s. if any of you have any advice/links/books/thoughts about cold-water swimming, please comment below and feed my obsession.