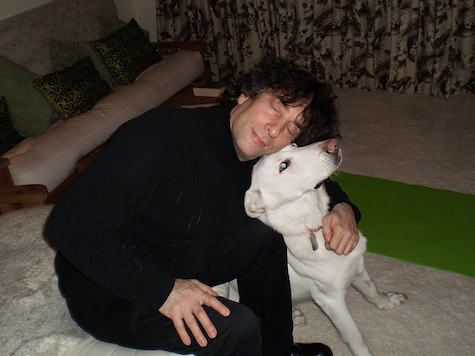 i hope you’re all well. everybody, all the energy, seems to finally be recovered from the holiday and new year’s madness, making room for whatever new plot is barreling towards us. i have a lot to share with you and am about to.

last night, neil’s beloved hound, cabal, died suddenly. we were in the middle of a dinner party when he got the call and he was so, so sad…i don’t think i’ve ever seen him quite like that. the love that happens between person and dog can be a deep, deep love…and it’s always hard for anyone to understand quite what the connection can mean. neil and cabal found each other at just the right time, fell in love, and were there for each other in a way that i’m extremely grateful for.

neil wrote a beautiful blog for those of you who’d like to read it, it’s very sad and very real and touching and about how he and cabal found each other: journal.neilgaiman.com

neil took this photo of us a few years ago: 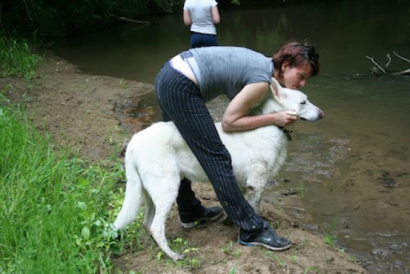 learning to love the dog of a man who you’ve fallen in love with is probably very easy anyway, but with cabal, it was beyond easy.
he was such a sensitive dog, so much like neil in a strange way….kind of serious, very loyal, very attentive, not very self-conscious.

neil used to say, with some combination of relief and pride, that cabal seemed to immediately accept me. he didn’t bark at me when he barked at other people. i think this made sense because cabal loved neil, and i loved neil. i think cabal looked at me and was like “ok: who is this girl? let me see. ok. she loves him. and look: he loves her. ok, everything is fine. i will love her too”…all within about 2 minutes of meeting me. and after that point i felt like his secret mistress, a fortunate girl who got grandfathered into a lucky relationship with a dog just by virtue of loving and being loved by his master, and it felt very special.

this is a picture of neil with cabal: 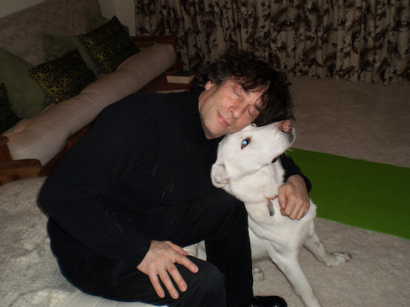 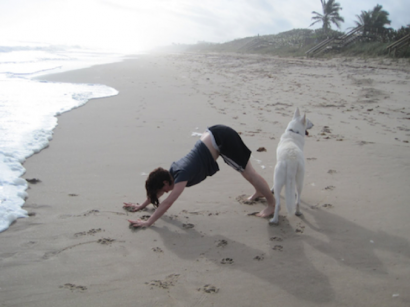 if you read neil’s blog you’ll read how neil rescued him from a pretty grim life…he’d been tied up on a chain, outside year-round (in wisconsin, which is sub-zero during the winter) at a farm where he didn’t get any real love or attention. in this beautiful photo that neil put on his tumblr, you’ll see cabal’s nose is pink. lola, neil’s other german shepard, has a black nose. cabal’s nose was pink from being outside in the winter and probably butting up against a frozen dish….and the freezing discolored his nose. he had a very rough early life. 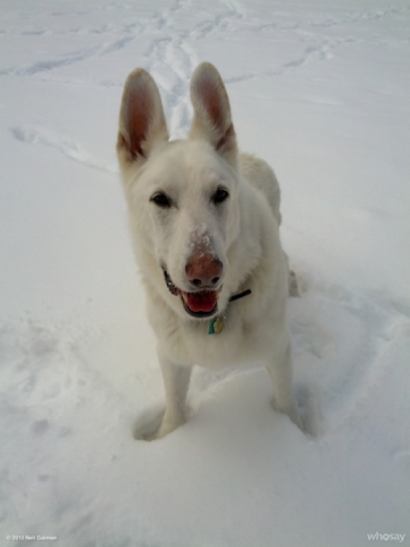 i remember trying to imagine what life was like for this dog, tied to a short chain in a farmyard for years before he got lifted from the situation, fatefully, by neil, who needed a friend so badly at the time they collided.

and i think about how animals and humans aren’t really any different, how we all just want to be free, and how we all want to feel loved by somebody.
and how that’s why we have to be so careful with each other, including the non-human creatures and beings all around us.

we can all save each other all the time.

and i like to think that neil saved cabal, and cabal also saved neil.

so goodbye, noble hound, cabal – un chien bien aimé….we will miss you.
thank you for being my husband’s best friend.

Amazon vs Hachette, praying for peace.