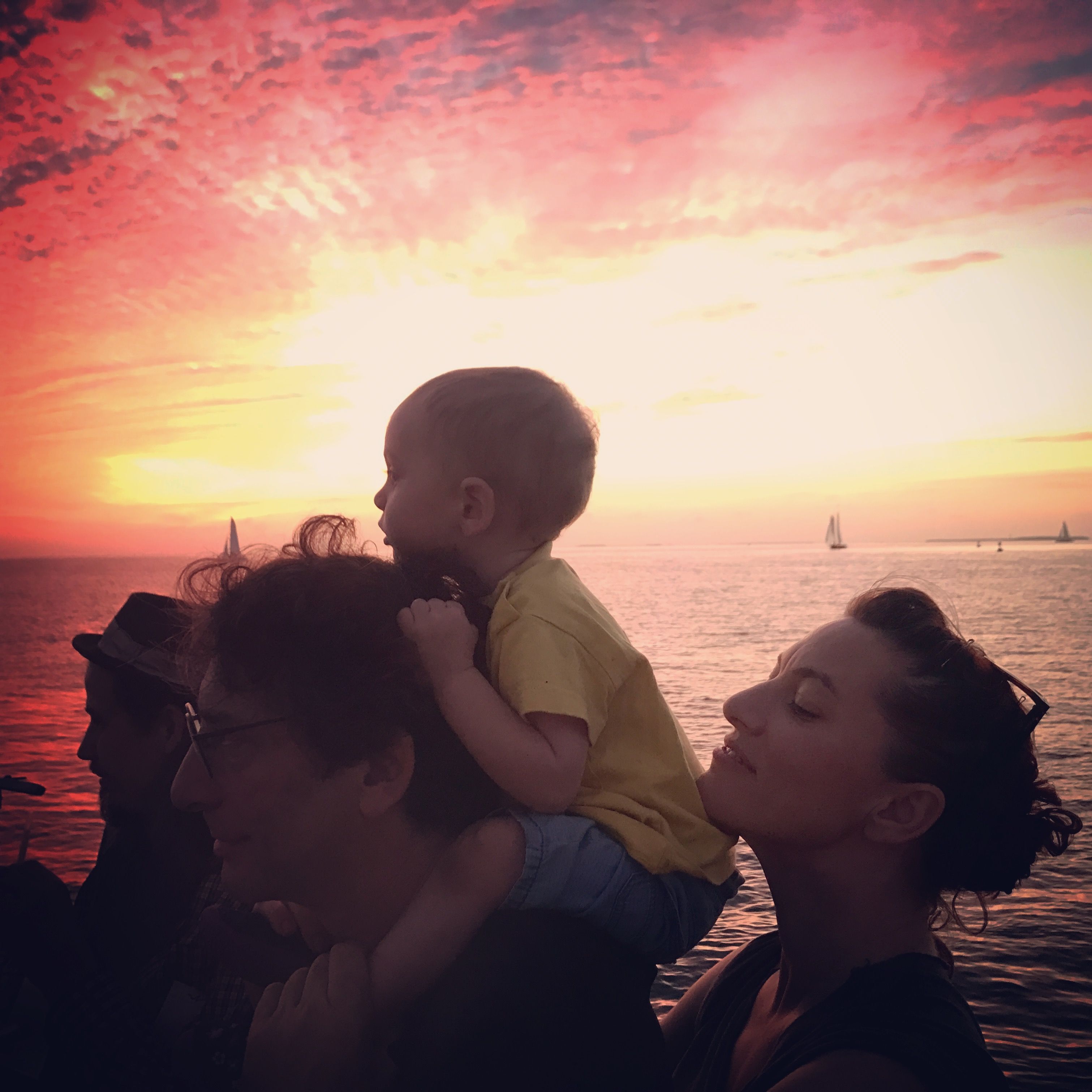 its been a rough and delicious and exhausting few days…leaving cuba, coming to australia, donald trump punk rock internet dust-ups, a beautiful and surreal ringing in of the new year at what must be the most gorgeous festival in the world (woodford, australia…i will be back, and i’ll blog more about it soon).

today (the 2nd in the states still!) is special … neil and i got married six years ago today. we stood in someone’s living room and i wore a dirty wedding dress i’ve since lost reading vows i also can’t find. i remember the gist. neil makes things up for a living, and i promised to be real.

if you’d told me ten years ago that this was going to be my life: this man, this child, this particular path…i would have believed you, but i would also think you were slightly nuts.

this is the thing i’ve learned, though. we make these seemingly random choices in life…to get married to a partner, to have a child, to attend a festival, to visit a friend across the ocean, to quit a job, to kiss a stranger … and these seemingly random choices wind up becoming to indelible non-fiction stories of our lives. the concrete reality of our choices, meeting in one beautiful mess of the now.

there have been so many moments where neil and i have held each other’s hands and held each others hearts while the world raged at us (and our loved ones)from outside the window as the parades of judgement and misunderstanding marched in terrifying lockstep.

i’ve come to love these moments in my own twisted way. they remind me. sometimes i can’t believe i got so fucking lucky.

that i found this man….who is such an amazing guardian of my freedom and my artistic voice, a man who is a committed and unapologetic feminist, a man who is an incredibly unique and visionary writer, conjurer and thinker. and as i am learning, a man who is the type of father willing to put it all aside and spend the entire night cuddling a crying son who has a runny nose and a fever so that i can get some sleep.

last night we went out on an anniversary date (!!)…and i poked fun at neil about Magic and Dreams, because that’s my way of showing him my love. i tease. i especially tease him about Magic and Dreams because he’s neil gaiman. and he said “magic and dreams are pragmatic”. and i said: “that’s a poem”. and he pulled out a pen and while i sat there, drinking a cup of sake and daydreaming out the window because we no longer being our phones to meals, he wrote me a poem. it took him fifteen minutes and when he was done i looked at him and thought: this is actually the sort of man i fantasize about. when i think about it, it’s him. the kind of man who whips out a pen and writes me a poem in a restaurant. and here he is. alive and real, sitting across from me.

neil gaiman: i fucking love you unlike anything in the world. here’s to eight years of being together, six years of marriage, fifteen months of parenthood, and a partridge in a motherfuckin pear tree.

here’s to many more years of pragmatic magic and food and family and complications and trials and tribulations and a deeper understanding of love.

here’s to more passionate moments of not shutting up, here’s to guarding one another’s freedom, and here’s to using our powers for good.

p.s. photo taken by mayumi during sunset of key west, with a cameo appearance by jason webley…the man who introduced us all those years ago, and now the godfather to our son. jason, you are the map that leads to all the places…and we owe you the world.