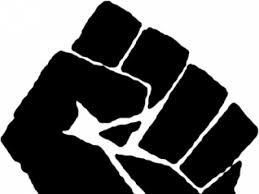 Donald Trump IS going to Make Punk Great Again…if we do our jobs.

i awoke today to a classic internet tempest-in-a-teapot about something I quipped at the wodford festival press conference yesterday (i arrived four hours after landing from cuba), namely, that “Donald Trump is going to make punk rock great again”. i’d been asked how i felt about the current political climate in the US, and that statement came after a long chat about how disturbing, depressing and frightening it feels right now to be an American, and in particular, an American woman.

i stand proudly by my statement that The Donald will indeed give us something to artistically push back against. dark times inspire, inflame and focus us as writers, artists and advocates. i am not just speaking for myself here…all the artists i know are sharpening their wits, tongues and pens for the fight ahead, and it’s why neil and i were happy to send eyes and ears to PEN america , an organization that defends writers’ freedoms.

here’s the basic gist…http://www.thewrap.com/amanda-palmer-donald-trump/ …i don’t want to send traffic to the original guardian article (which seemed to be written somewhat hastily and with the aim to garner clicks, which disappoints me given the guardian’s general history of being decent).

my friends. donald trump-land is not going to be great for free speech, for internet freedom, and for a more tolerant society. and as far as ART goes, these *are* the times when things get riskier. and more important. as it always is, as it always was. i’ll say it over and over again til i’m blue in the face.

don’t forget the dixie chicks. and given the growing division in the country, now is exactly the moment when artists need to be saying MORE, not less, about the realities of world, and the truths of our inner and outer lives.

bjork just published a great interview in the guardian  about sexism in music. she says:

“Women in music are allowed to be singer songwriters singing about their boyfriends…If they change the subject matter to atoms, galaxies, activism, nerdy math beat editing or anything else than being performers singing about their loved ones they get criticized. Journalists feel there is just something missing … as if our only lingo is emo …on the pedagogic Biophilia I sang about galaxies and atoms, but it wasn’t until Vulnicura where I shared a heartbreak I got full acceptance from the media….If we don’t cut our chest open and bleed about the men and children in our lives we are cheating our audience.”

…when i read this, all i could think of was how easy it would be, in the next four years (for female artists especially) to resist controversial, or even unusual, topics, even if only *slightly* political. why risk pissing off a person on facebook? why risk getting yelled at? why risk having a bad morning like amanda palmer?

it’s a micro-decision every artists makes when choosing what words, what topics, what sentiments she knowswe will have to “defend”. and defending, for many artists, is becoming a second full-time job if you want to hang out on the dregs of facebook and twitter and instagram trying to wave people over to your jukebox.

it’s so easy to make “easy” art choices to avoid angering anybody. there are so many people out there who are so ready to be angry right now, and female creators are especially delicious targets.

so while we may have a mainstream world of supermarkets and top 40 radio playing what i like to call “ooh-baby” songs about heartbreak and jealousy, THERE IS ALWAYS THE OTHER THING, the OTHER ART, the inheritors of punk and folk, the other voices who have so much more to consider and to share than “ooh-baby” fare. the darker, blacker, punker song topics. the political fury, the rapes and abortions, the local pain and neighborhood disenfranchisment, the hilarious satirical absurdities of how we do and don’t and can and can’t treat each other…the poetry of a truer, richer tapestry of life. the visceral reflections of our times. and THIS is the music, the punk of which i speak, that will thrust up like flowers and weeds from the sidewalk-cement of a donald trump presidency, where it feels like the most materialistic, wealth-worshipping and non-compassionate oppressors of our times are taking the reigns of the white house.

this is not, as some nitwits on twitter, etc, seemed to have deduced, a celebration of trump. i’m not that dumb. to andrew, who tweeted:  “yeah, I dig, just think it is odd to be saying “well, we may have a nuclear holocaust, but think of the art!”…you miss the point.

the nuclear holocaust hasn’t happened yet.

the trump election has, i wish it hadn’t, and….here we are. ready to get to work.

so in short, i hope i was right. i hope punk, in whatever new costume it decides to appear, comes back with a vengeance.

DOWN WITH EASY LISTENING.

and ALL HAIL the clashes, the yokos, the fugazis, the x-ray spexes, the patti smiths and the rages.

artists, on your fucking marks.

the job is ours, if we choose to accept our mission.

p.s. one last thing –  about australia. some of the articles that circulated today implied (probably to help stir the click-pot) that neil and i are going to be moving to australia for the duration of trump-times. not the case. we are going to be here for the next two+ months while i tour sydney, melbourne, canberra, adelaide and cairns, etc. HOWEVER – the truth is far more exciting: last july neil and i were granted what’s known as “distinguished talent” visas, which means that we can cross the US/OZ border freely for the next 5 years without work permits. it saves us a massive pain in the bureaucratic ass and we’re really thankful to the australian government for making it happen.

how to play tchaikovsky in the style of the punk cabaret.

when someone great eats vegemite + NZ SHOWS ARE ON SALE!