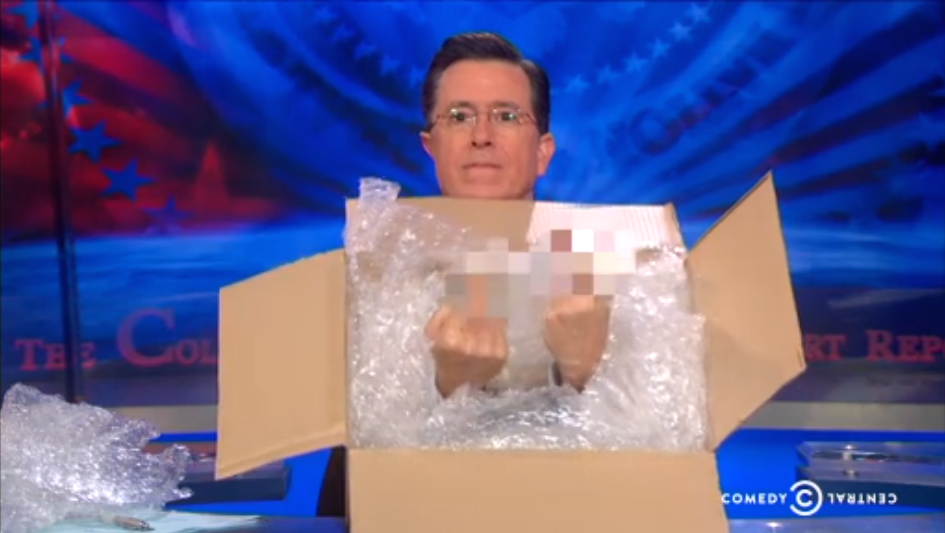 Amazon vs Hachette, praying for peace.

stick with me, people with internet power, i may need you more than i thought. like mr. colbert (who shares his lovely, safe for work, “digit” here), i am a hachette author. which feels ridiculous to say because i’m not an author. i still feel like a songwriter/performer/blogger who is (badly) masquerading as a book-writer. you know i’m writing a book, right? THE SOUL-SUCKING LIFE-CONSUMING HELL-BOOK THAT IS NOW SIX WEEKS LATE GETTING TO THE PUBLISHER??

guess who the publisher is? hachette! and my hell-book, The Art of Asking, which is supposed to come out on november 11 (11/11) on the hachette imprint grand central publishing﻿, is…actually almost done! i have been spending eight hours a day for the last three weeks straight, with my ass in a chair editing this fucking beast of a memoir-wtf-non-fiction-motherfucker. and it’s going to be a great book! and guess what else? i’m on hachette!!

so is colbert, J.K. Rowling, james patterson, malcolm gladwell, and two really nice people i met at the same lunch: candace bushnell (the original sex & the city columnist) and seth grahame-smith (who wrote, YES, abraham lincoln, vampire hunter)…they both also have books coming out on Grand Central in the coming months. and…we’re all on hachette!!

if you haven’t been following the hachette/amazon drama, here’s a breaking news piece about it: bit.ly/NYTonHachette
the man in that article, michael pietsch, was seated next to me at a hachette luncheon the other day at Book Expo America﻿, and he told me he really, really liked “the ukulele anthem”. he gets the full seal of approval.

now: it’s hard to tell exactly what’s going on back there in the negotiating rooms, but it’s high octane who-owns-the-future-shit. it also means that if things don’t change, y’all will NOT be able to pre-order my book through amazon. which blows. it’ll really hurt the book sales, given that i’m hoping this book will actually reach beyond the walls of my inner-sanctum fan-base.

i will, of course, try to guide traffic to the good guys (stephen colbert is sending his fans to powell’s books﻿…YAY POWELL’S!!!!!), overwhelming their stockroom with requests, which is awesome. but just a warning.

and i hope it dies down fast, because…yeah.

anyway, here’s the clip from The Colbert Report﻿, to watch and share: bit.ly/CRonAmazon

and you can read a bit more about his fight over at bit.ly/ColbertVsAmazon

using you to spread the love to indie bookstores, and GO!