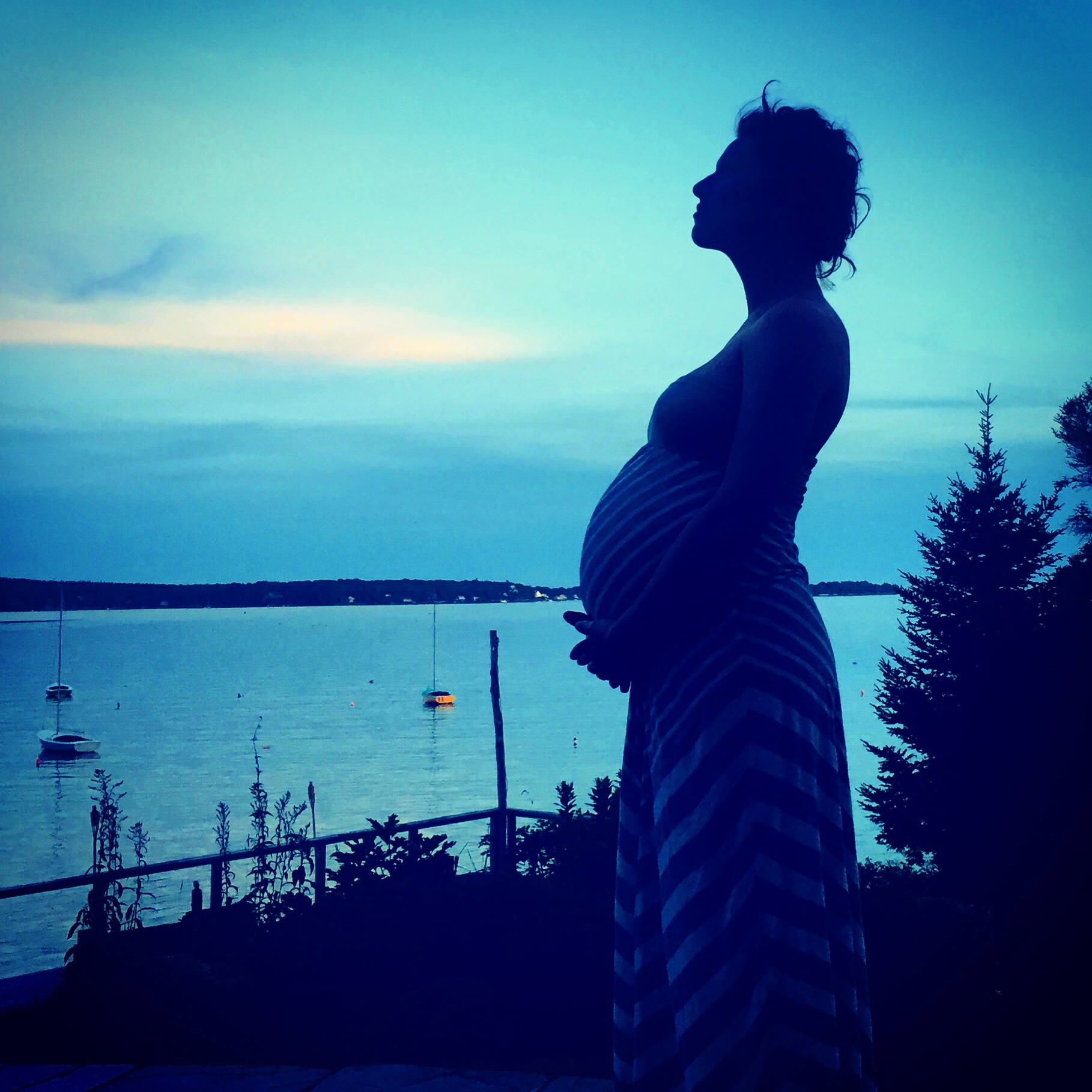 neil and i just left maine and now i’m back in boston, he’s in upstate new york catching up on a weeks worth of neil-gaimany-writing-shit he was supposed to be lazily catching up on instead of being bed-side for a convalescent wife.

i’m feeling normal for the first time in about 9 days, and with that, of course, comes the undone laundry of life. when you don’t do shit, it don’t get done. if anyone out there is waiting for an email from me, i’m sorry. i’ve been doing almost NO correspondence for the last week and change.

it’s been a real season of vulnerability and letting go, that’s for sure. i’ve just been so far from real life between the pregnancy, anthony’s death, the funeral, then going straight into the hospital just as i was getting ready to recouperate that i’m like….whatever. bring it on. i’m happy just trying to survive and feel like a day that doesn’t bring more catastrophe is a genius day.

being in the hospital for three days was quite a trip, because i’d just been on the other side of the bed, with anthony. it was like i was trading places with him…him on the drip, me on the drip. him unable to get to the bathroom, me unable to get to the bathroom. him drinking water from a cup in a straw, then me. except now i’m fine, and he’s gone.

we’re living in a circle. grieving someone so close is so strange. i miss him but i don’t miss him being sick and suffering. i called laura last night and his name came up when i punched in her number, from my address book. his name is there, in speed dial, but he’s not there to answer. he’ll never be there to answer again.

that just seems impossible, and yet so totally real. maybe it’s because i had four years to adjust to the possibility. or maybe that’s just how dealing with death goes.

that being said, i keep turning to neil and asking him to please not die.

i don’t want to deal with death for a little while. i want a break.

i spent a lot of time on my back in bed for the past week reading the news.

i hate guns. i think america has gone crazy. i posted about it on facebook and was amazed to see the conversations that erupted.

speaking of life and death, i went to the midwife today and the baby’s happily growing away in there. we’ll meet him in 6 weeks. i am starting to enter a state of total disbelief. i keep looking at neil with this dumb look on my face, saying “neil….we’re going to have a BABY. a BABY. a REAL BABY.” and he looks at me and blinks and sometimes he’s very calm and sometimes i freak him right the fuck out, and i can tell from the look in his face that he has no idea what’s about to happen, either. we’re just like…wait. what? isn’t this a thing that other people do? have babies? we’re having a BABY? we’re having a baby. i’ll shut up now. (A BABY).

with all that, i’ve been working hard to not let my entire artistic life drop down the sewer, and i have three projects in the pipeline i can start telling you about.

this patreon is weird. wonderful, but new, and weird. it doens’t follow the rules of “get everyone excited to get ready to take out their wallets” of either the old major-label format OR the DIY format….because you’re already here, paid up, and trusting. which is almost overwhelming sometimes, because i’m like…REALLY? all i have to do is deliver the art? i don’t have to spend all my energy convincing people to buy it?

in my own paranoid way, though those edges are getting trimmed down, i still feel some fear about whether or not this is going to work as i start releasing things that aren’t standard. but i’m not actually that worried. you’ll tell me, and we’ll be fine.

-an animation i’ve been working on in the background, that is so weird i’ll ruin it if i explain it. that is getting finishing touches now and i’m hoping to release it in july.

-a NEW batch of cover recordings with a very, very special guest. you may be able to guess (it’s not edward ka-spel) which i’ve been working on for a few years. i’ll announce as soon as the animation is out the door. i’m going to ask you guys for guidance about how i should release the songs and charge for them. there’s lots of ways we can do it.

-a TOTALLY BIZZARO public performance-art project that i am secretly working on…kind of a goodbye to everybody. it will take place, if all goes well, in NYC in the afternoon of august 20th, so if you’re in/near NYC, save the date. it’ll be free to the public, and it’s in a very very special location in cental NYC….but we’ll have an afterparty somewhere for patreon people….good excuse to gather and kiss me goodbye. a few days after that, neil and i head off a cliff to go have a baby, not to return for a while.

i’ll tell you more as time rolls on.

i really love you all a lot.

thank you for being here with me…

out with the old year, into the new…