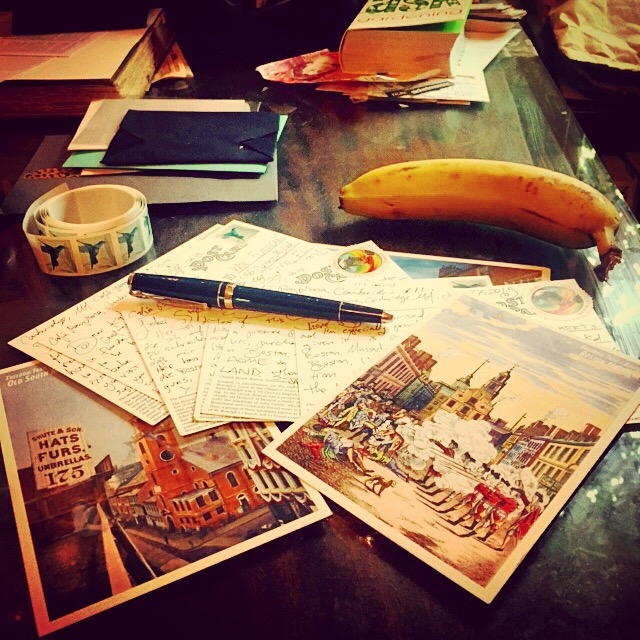 i’m finally home at the cloud club after a whole week of death and afterdeath. i drove anthony’s ashes in a car through the rain today. it felt comforting, getting his ashes. his clown-brother michael handed me the box and said “anthony, to go!”. he’s more absurd than his brother. i love him, too. it was nice to go on a drive down a rainy street with a box of someone at my side. slightly less lonely, in a spooky sort of way.

i’m not sure what i’m going to do with them. i’m tempted to turn them into a vinyl record. i heard you can do that – i’d link a google-search here but i’m still not able to embed a link here without demolishing the photo upload…patreon is still working on it. doesn’t matter. i’d make a leonard cohen mix. he gave me leonard, when i was 15. he gave me a lot of music. pj harvey, fugazi, even john grant a year or two ago. he gave me so much. i miss him.

or maybe i’ll go into a tibetan monastery and drop them on a buddha. in joke.

if anybody has any good ash stories or ideas, i’m wide open.

maybe i’ll just stick them in a tequila and shoot them.

then a lime and some salt.

and a dance party.

neil’s gone back to upstate new york, and things are settling into some state of normal. it’s a strange thing when normal in your marriage means you go off to your separate homes, but that’s where we accidentally wound up for the moment, and it’ll likely change when this baby gets born, because we’re keen to be parents in one place for a while. where we’re really going to go is still a mystery that doesn’t need to be answered right now. it’ll unfold as it must. right now is the time to weep, the time to heal, turn, turn, turn.

i sat at cafe pamplona yesterday and wrote a handful of postcards to the $100-level patreon folks, and it was strangely therapeutic. i’ve been feeling very connected to all y’all whether it’s been on twitter, or facebook, or here in the patreon comments. there’s still something about sitting down with a pen and putting a Thing in the Mail.

one of the things i’ve been combatting all the sadness with is gratitude.

if you’ve read brene brown’s book, you’ll understand the psychology behind this, but it is real. gratitude eats fear, it eats shame, it eats sadness, it eats depression, it eats a lot of things.

mostly i’ve been feeling gratitude for anthony things…that he came into my live, that i got the thirty years that i did, that i had the kind of life that made it possible for me to be by his side for so much of the last four years while he slid downhill, that i made it on that plane with neil, that i got to hold him while he died. that i am surrounded by real, authentic people who sit in the circle with me, who aren’t afraid to grieve, who aren’t afraid to talk about the real things, who aren’t afraid to exist in the pause, who infuse my life with the kind of ingredients anthony taught me all my life to appreciate. reflected in his death, we all saw each other.

it wasn’t just the people in the room, i felt it on the internet.

i’ll post an article in a second (i can’t post it here, the patreon link problem again…) from a small website called “modern loss”…one of the writers, ruby dutcher, is a follower here, and wrote really exquisitely about the internet and grieving….

“The huge presence of social media in modern life has afforded us a space for the reemergence and reinvention of the public deathbed. The late Lisa Bonchek Adams blogged and tweeted prolifically about her experience with stage IV cancer, right up until her death in March of this year. In 2013 Scott Simon live-tweeted his mother’s final days. There is a Tumblr devoted entirely to funeral selfies, which some have praised as examples of millennials engaging with death in their own way, and others have called a sign of the coming apocalypse.

Much more complicated are the public performances of death that have not been offered freely. Beheadings that go viral. The Darwin Awards. The sickening, unnecessary killings of Eric Garner, Tamir Rice and Walter Scott, to name just a few.

These phenomena have inspired questions that aren’t really new at all. To what extent is it possible to engage in someone else’s death, or someone else’s grief? How do you talk about someone else’s loss without projecting your own experience? Where is the line between engagement and voyeurism?

For my part, I can’t pretend I read Palmer’s post about flying back to Boston — not knowing whether or not her friend would still be alive when she got there — without flashing back to my own experience boarding a cross-country flight, hoping my mother wouldn’t die before I landed in Burbank….”

and….there really are no rules to intimacy, as we barrel forth into more and more internet future.

we set the rules, we make the rules, there really is no etiquette other than what we bring to these little 1s and 0s that we tip tap from brain to finger, from heart to expression.

putting those postcards in the mail felt like a connection to the universe.

books are books, and words and words. words can do all sorts of things, and it doesn’t matter if they’re on twitter, or on a postcard that gets sent from boston to australia or scotland, or on the ephemeral comments of a blog. i know that the emotional impact is real.

sometimes i look back at the last ten years i’ve spent on the internet, and all the moments and deep, real connections i’ve had with people, and they’re all lost to time, but stuck in my make-up, having shaped my heart.

this is what people don’t understand when they ask me stupid questions like “so, you’ve really learned how to use social media to serve your business, can you explain your fancy secrets?”

the secret is there are no secrets, and that’s why it works.

the secret is that i do my business here, but this isn’t a business.

this is my family.

and it takes a cock of the head and a weird way of looking at the internet and a “bunch of strangers” that way…but in moments like this i remember it is true.

so, thanks, my weird internet family.

i’m bursting with gratitude, and you keep me afloat.

p.s. i have two shows coming up and then morrissey…

july 6 in woodstock, NY and july 11 in providence. come.

neil will be there, definitely guesting at providence and probably at woodstock,

and my new favorite band PWR BTTM will be opening both.

the moz show is july 25th in san jose.

p.p.s. there’s a slim chance i’m going to try to jet back to the UK in july to keep making progress on the recording session with edward ka-spel, but i might just stay home and nest and hold off until after the baby comes. the first sketches of songs that we worked on sounds SO GOOD, it’s hard to walk away. but…i’m pregnant. so i dunno. i’m going to sleep and do laundry for a few more days and then figure it out.

p.p.p.s. if not that, i still have some exciting news coming up about a new set of recordings i’m going to make in august. i’ll tell you when i have a healed-er heart.