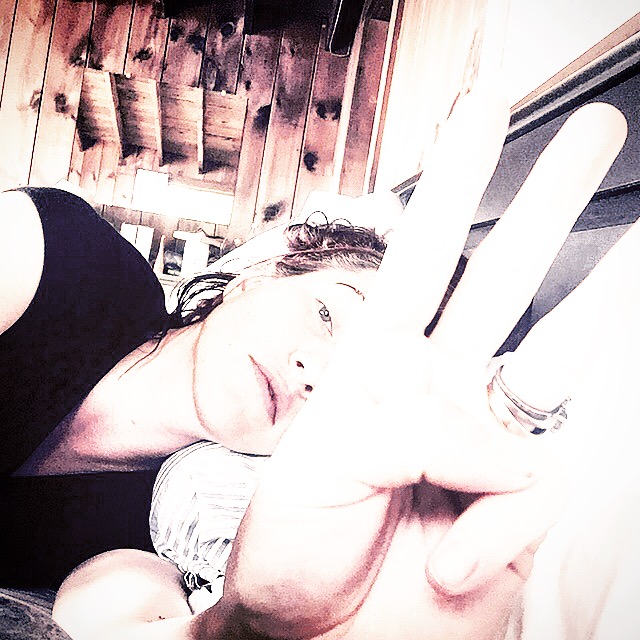 i am sick, i have to cancel morrissey, and i am sad.

(cross-posted to patreon, i’ll read comments on both sites as usual: https://www.patreon.com/posts/2991172)

well, i wish i was writing on a cheerier topic, given that the past month has already been a barrage of posts about death, grief and mortality, but it appears that we’re still in the woods together. this has been one bitch of a summer.

you may have noticed i’ve been pretty quiet on the tweeting/blogging/facebook front and you may have assumed it was because neil and I went off, as planned, for what was supposed to be a relaxing week of family vacation in maine. well, kinda.

on wednesday night in boston, before leaving for maine the following day, I got a weird feeling in the night, woke up, dragged my pregnant body to the bathroom to pee, felt a chill in my bones even though it was 75 degrees out, thought “that’s odd, must be some weirdo pregnant thing” and went back to bed. on thursday neil and i drove up to maine, and on thursday night I had a fever and a chill. neil made sympathetic sounds. on friday, he saw the back of my arm and noticed that there was a giant bull’s eye-shaped insect-bite. we took a photo and sent it to doctor dan, our wonderful family doctor. doctor dan phoned in some antibiotics and told us to keep him updated.

on friday night, i sweated through the sheets and moaned and groaned with a chill so bad I had to ask neil to wrap my feet, which were like ice blocks, in a hot washcloth. then my icy feet would turn to burning logs, and I had to ask neil to put a cold washcloth on them to cool them down. i was delirious. he fetched all the washcloths. he’s a really, really, really good husband.

we were worried about the baby. i’m seven, almost eight months pregnant. this was not good. we went to the emergency room on saturday morning. it was a half hour drive to the closest hospital. neil was careful going over the bumps. i oozed and gurgled.

if you ever need to go to a hospital for any reason, i highly recommend mid-coastal maine in the summer.

i was admitted and wound up staying for three days and nights in miles memorial hospital, in damariscotta, maine, where a team of really lovely maine doctors and nurses and OB-GYNs took over and made me feel really safe. i must add this one detail now, because it was truly the highlight of my three shitty days in there: THEY HAD LOBSTER ROLLS ON THE HOSPITAL MENU ON MONDAY. i ate a lobster roll.

we even got a summer lightning storm, which i watched from a semi-perpendicular position.

despite the meteorological delights and fine cuisine, it was all pretty unpleasant. they gave me two spinal taps (the first was unsuccessful, and I’ll tell you, nothing’s more disheartening than a doctor poking around with a giant needle in your back and telling you it was, no pun intended, pointless) to rule out meningitis, they hooked me up to bags of fluids and antibiotics, they kept a close watch on the baby’s heartbeat, and I lay there, feeling pretty scared and powerless, and not wanting to say anything to the world because I didn’t have it in me.

our cousin judith spent the first night with me, and then she and neil tag-teamed back and forth between being with the family and being by my side while I beat the fever. we got the blood tests back eventually: acute lyme disease. and the best news possible: early stage lyme disease, which means they caught it in time and it hopefully can’t linger, and most importantly, it can’t hurt the baby.

i don’t know what fucking tick ruined my week, but fuck that tick. the tick bite may have happened the day outside near the woods at anthony’s memorial, or i may have been punished for rollicking around on the grass in upstate new york the week before. i’ll never know. i don’t care. i forgive the tick. the ticks are hungry. i am food. we are all one. whatever.

i got out of the hospital on tuesday, i crossed my fingers, stayed in bed, drank all the fluids, took all the tylenol, wished all the wishes, and hoped that i would recover quickly.

no such luck. it seems it’s not even the lyme disease itself which is holding me back: it’s the fucking spinal tap.

in the hours after getting the successful tap on sunday, i developed a debilitating headache, which they say is normal, especially for preggo ladies.

but it doesn’t FEEL normal, it feels like i’ve got the world’s least-deserved hangover. when I lie down, i’m relatively fine.

when i sit up or walk around for longer than about thirty seconds, it feels like I spent the night raging with a half bottle of tequila, plus a few wines, plus jager shots.

like, the kind of night where everything blurs and you just start consuming whatever substances happen to float your way.

THAT KIND OF HANGOVER.

in a nutshell, it’s really painful. and it doesn’t seem to be abating very quickly.

i made the call yesterday. i can’t do the gig. it’d be ridiculous. i can barely get out of bed, i don’t know how i’d get on a plane, and even if neil was a hero and let me sleep prone/supine on his lap the entire trip, i’m literally not sure i’d be able to make it through the show.

i also feel really scared about this poor little kid in my belly. he’s already been through so much. watching his heartbeat waver up and down while i had a fever was frightening. i felt like i was already being a bad mother, and i haven’t given birth yet. the kid’s been infused with more strange emotions and drama in the past few months than any fetus really should have to endure. i should be like, nesting and gardening and knitting and pickling things, whistling cat stevens to myself while i patiently wait for the arrival of my bundle of joy. instead this fetus has been dragged from hospital to deathbed to hospital. he certainly hasn’t gotten the rose-colored version. this is life, kid. people get sick and die. welcome to earth, baby!

so i am doing the Totally Adult Thing. i’m canceling the morrissey gig, i’m staying in bed, and while i’m pretty fucking sad about it, it’s also a no-brainer.

for any of you who were traveling from afar to see the AFP/morrissey gig…for all of you who have been looking forward to this moment as much as me….i’m so, so sorry.

they can’t refund tickets (as i’m the opening act)…i hope all you still go, and i hope the moz blows your heads off with his great mozzy epicness, and i hope you forgive me if this wound up screwing up your life at all.

i’m especially sad you guys won’t get to see the great liv bruce in action, on the drums. he has already flown out to the west coast and was primed for action to take the stage with me. we’ll have to make it up to you, somehow.

i’m especially sad you guys won’t get to see the great liv bruce in action, on the drums. he has already flown out to the west coast and was primed for action to take the stage with me.

we’ll have to make it up to you, somehow.

i wrote a nice apology letter to morrissey. i feel sad. i hope he isn’t angry. i was looking forward to this so, so much.

and that’s the weather.

i’m hoping to make a full recovery within the next week…i do have a whole new exciting recording project to announce (and….record) for patreon.

and i had a special august surprise for the new yorkers. it should be fine. i hope. i don’t like being sick. i hate it.

i love you all so very much. in the midst of all of this, i’m grateful to have all of you, to have neil, to have my family and my team, to be surrounded by concerned and caring people who aren’t amy-winehousing me to death. i’m really lucky, and i know it.

and i really hope no more morbid dramatic shit happens this summer.

p.s. i am 32 weeks pregnant, and the baby is the size of a “large jicama”. which i had to google. images of jicamas aren’t very inspiring.

but according to the same website, he does have fingernails, and toenails. so that’s something.

FREE BISCUITS FOR ALL!!! + get sick of me all week on the BBC and french radio (streaming worldwide!)