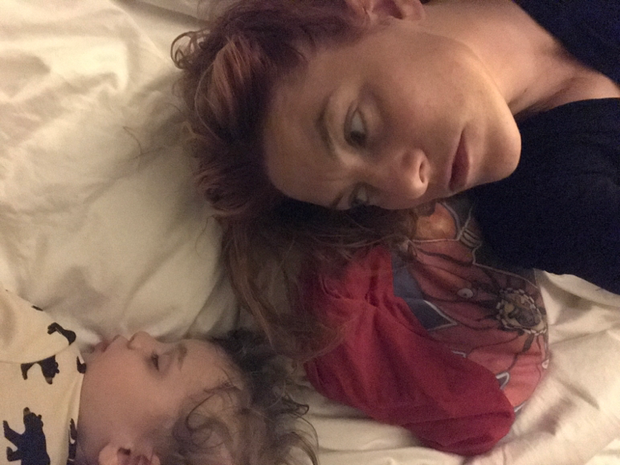 the march of time

i got married eight years ago

i had a baby almost three years ago

i turned 40 almost two years ago

i found my first gray pubic hair ten years ago

it wasn’t until today that i truly felt old.

i was there until i wasn’t.

however. i know that all of this is in my head.

i have to say, one thing saved me from all this.

the fact that i took $15k from my patreon last month (from the new version of “strength through music”: https://youtu.be/WZgQ8-lYX7o and donated it to the march…and not just the fact that the money and energy went into helping all of this happen, but because it came through the vessel of art, and you. i was in australia when the women’s march happened and i joined in sydney…with ash. it was incredible. but also hard. having a two year old is hard. having a marriage that involves both people traveling is hard.

but….you guys know me. i don’t actually feel fucking old at ALL. i feel present, i feel like me, i feel like my life has changed and blindsided me and actually, i feel like all the practice i’ve been doing my whole life to prepare me for these moments of detachment and non-judgment are bearing fruit.

and i can see it blaring from the headlines: i may be old, but kids are alright. i feel old but i also feel that subtle powerfulness in letting go and knowing that my spot in the circle is shifting. the truly wise old people i know seem wise because they evolve into the future; they cling to very little.

my power, what i’m able to do, what i know, how that knowledge helps…it’s shifted considerably in the last few years. where i used to have time, i now have so little. spontaneity has been replaced by a cautious and annoying but necessary conservatism about my hours and how i mete them out.

where i used to have naked naive ambition, i now have a kind of placid realism about what can lead to what and why.

and though i’m often surprised when things aren’t what they appeared to be, i’m no longer surprised that i’m surprised.

the grooves of life have etched themselves into my face, my hands, my decisions. my decisions are, at long last, totally, irrefutably groovy.

neil probably became his version of old many years ago. but to be fair, he had his first batch of kids in his early twenties and i don’t think he ever went to a protest in his life. i spent my twenties at rallies and marches. i had time.

i remember my mother saying to me, when i was a teenager learning about the 60s and asking her about whether she was a hippie and whether she went to woodstock and whether she was a part of the summer of love. i will never forget how she looked sad as she told me that she missed it all by a few years. i was married, she said, in the mid-sixties, my husband joined the navy, we were stationed in nowhere, georgia….we had two small children…you could almost see her looking through the window of the kitchen as a parade of naked women in day-glo bodypaint and flower-garlands paraded by the picket fence, tossing their flaming bras into the trash-can in the yard where she’d deposited the bones of last night’s chicken a la king.

that’s my head, not hers. maybe i project.

but that’s always been my nightmare, i suppose, and it was my nightmare when i struggled with the question of whether or not to have a baby.

that i would miss the world too much.

today, i missed the world.

i tuned into the internet when we got home and shared the beautiful beautiful photos and videos and stories from all over my feeds and i felt better.

and so…if you happened to make it out to the march today, do me a solid.

tell me (and us) the story, so i don’t miss the world so much.

and wherever you marched, i was there…in spirit. you not only marched for gun control, but you marched for me, while i had to step out of the world for a moment, in my own march of toddler and marriage time and space.

i’m not dead yet.

i’ll be at the next one.

tell me your stories.

(also: the relaunch of the patreon….i have no words, all. it’s been incredible).

for those outside the loop/the USA, here’s more on the march:

yours in endless evolving groove,