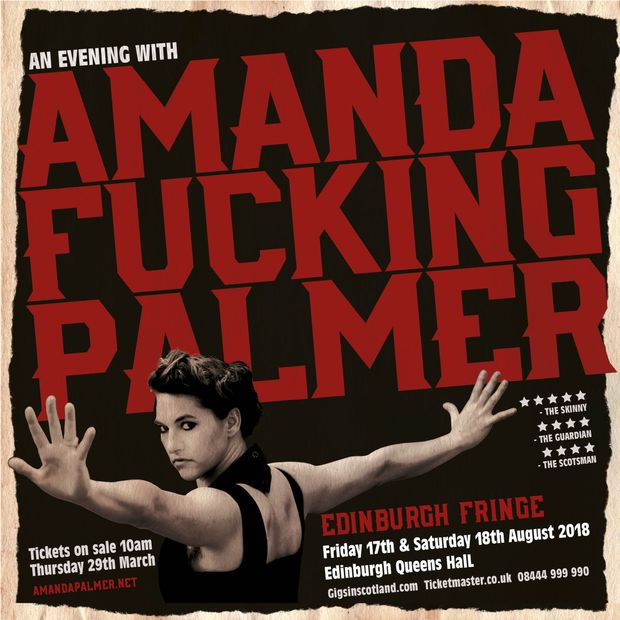 if you’ve been following along the road story or you’re in the UK, you know that i’m doing a handful of shows around the UK (and one in ireland, in dublin) in may. i’ve also just added TWO shows at the edinburgh fringe festival, where i plan to plant my ass for almost the entire month of august and take in as much theater and art (and take ash to as many puppet shows) as possible.

it’s where the action is, it’s where everybody gathers, it’s where i pull up my art-car to the universe to refuel. i think i’ve played there with every incarnation of my touring stage show: the dresden dolls have played the fringe twice, i did a residency with the danger ensemble at the spiegeltent, jason and i performed evelyn evelyn … 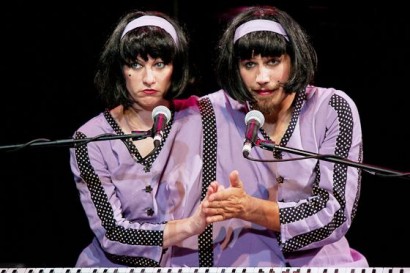 …there, and i’m pretty sure the grand theft orchestra played there at some point. (i’m possibly wrong. it’s been a long life).

these shows will be the beginning sketches for my 2019 tour, and then i’ll probably play very little in the fall while i hunker down to record The Record. so this will be a kind of a sianana to the stage for a while….

queens hall is BEAUTIFUL. it feels kind of like a cross between a church and a cruise boat. 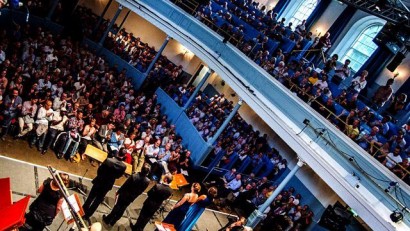 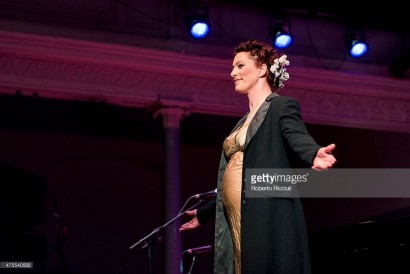 and here’s me and neil doing the “evening with” show there many years ago: 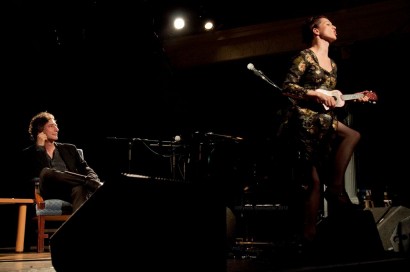 if these two shows manage to sell out fast enough (hope hope hope) we will add another few shows, so please get tickets PRONTO help me amplify the dates! european-types: this would be a fanTAStic show to travel for…there is almost nowhere better on earth than the edinburgh fringe (it lasts all month) and accommodations do tend to fill up fast. $75+ patrons with guest list privileges, come one come all (look out for a message soon with info) and if there are enough of you patrons in general attending i’ll try to do some kind of pre/afterparty/gathering just for y’all, so comment if and when you get tickets.

here are the general on sale links….public ticket sale starts thursday, march 29th at 10am GMT.

p.s. here are the rest of the UK/IRE tour dates!

as always, head to http://amandapalmer.net/shows for ticket links and more info: