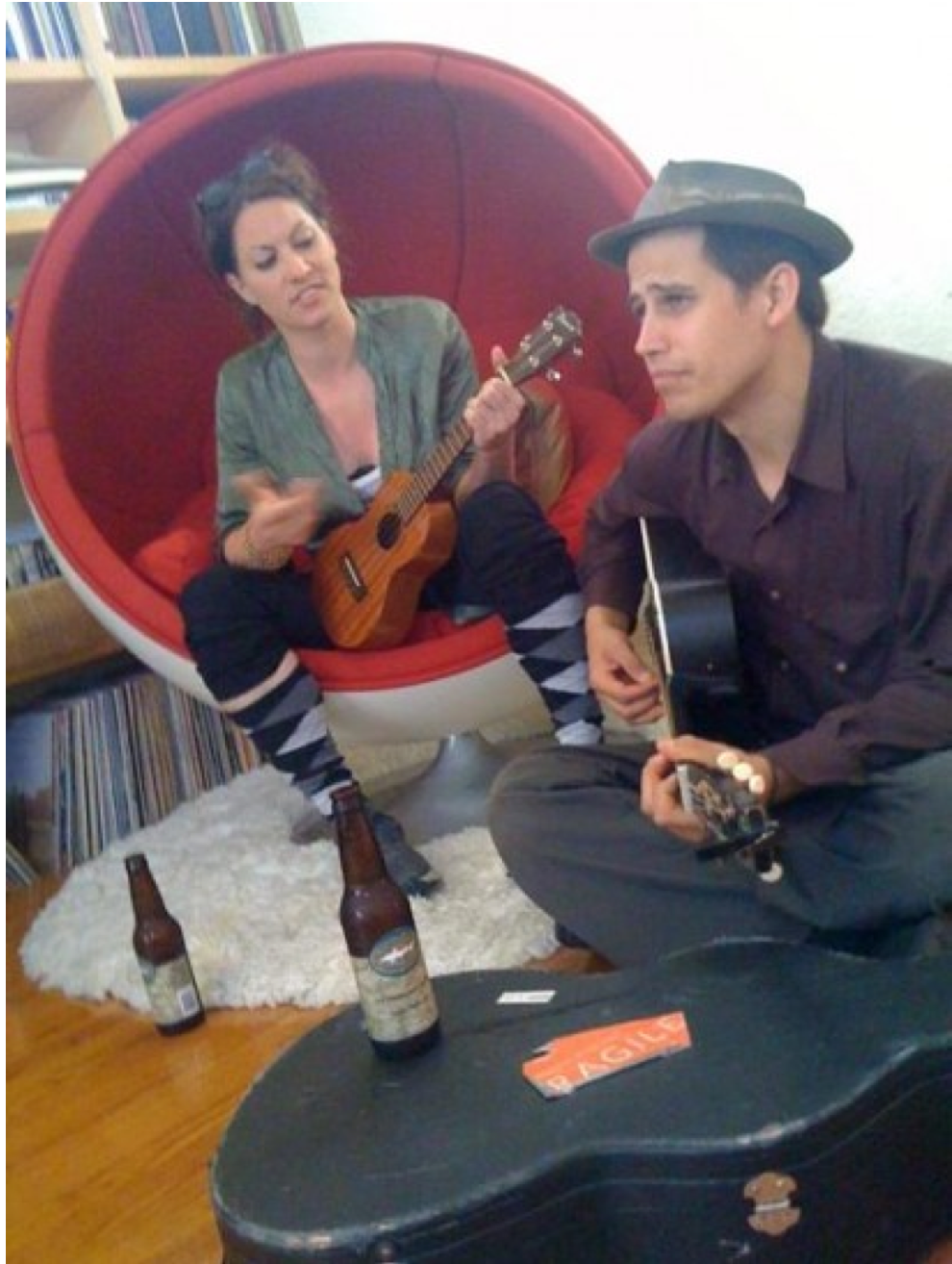 first, a quick favor for my lovely AUSTRALIANS!
one thing i NEED, fast:
later this fall I am putting out a record dedicated to my love of all things AUSTRALIA (and new zealand).
the record will need ART. we need dynamic, colorful, bold, energetic, AWESOME photos (& inspired artwork) from any of my tours down there.
if you have photos you took while i was performing there (including ninja gigs) then please please send them to Us@amandapalmer.net for possible inclusion in blogs, promo materials, or maybe even THE RECORD PACKAGING. woo ha.

NOW, the BLOG:
sitting in a cafe in hermosa beach, los angeles.

i went for a jog on the strand this morning and all the slugs were out.

i think they were slugs. they had shells though, so maybe they were snails. thinking about it, pretty sure they were snails.
i really thought about them. wondering where they hang out when the ground isn’t wet. i mean, where ARE they the rest of the time?

some of them had oozed onto the strand, and all i could do was picture one of the women in the super-sonic baby-jogger-strollers who i’ve seen running at over 25 mph with four children packed into the super-sonic baby-jogger-stroller (somehow they manage to jog with this contraption, while conducting calls on their cell phones, while chatting with their three friends, who also have super-sonic-baby-jogger-strollers, while clutching cappuccinos) running them over in their fragile slug-snail state.
i stopped my jog every few yards and carefully put the slugsnails back on the wall next to the strand. really, i was probably disturbing their lives and their greater paths.
really, it was just for me. i’m a selfish bitch sometimes.

i’ve been happy in LA, i’m staying with my family and we have 3 shows at a little theater called largo (tonight’s the last of 3).
lots of finishing up business.

this morning, i watercolored the last of the special-bundle Evelyn Evelyn drawings. the people who ordered the $1,111 package are in for a treat….jason and i went full-on with the books and the drawings.
i’m really happy with them. we mail them to beth tomorrow, then she sends them on their way to their owners. we’ll scan them before we liberate them & hopefully the winners won’t mind us sharing them at some point.
they’re hilarious. my favorite one is for the person who asked for a book about either a conjoined tiger or peacock, so we made a story about a conjoined tiger-peacock. the end of the story is very dramatic. 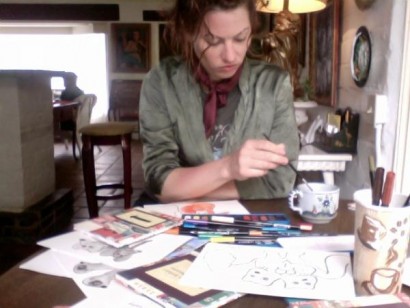 ………..
the drive from portland, OR to san fran involved someone on twitter (namely heather, below, with her breakfast fairy helpers) who saw that we were stopping a few miles from her house to crash at a shit motel.
she offered to bring wine, but we had already picked up gas station beer. i asked if she knew any breakfast joints for the next day, and she returned this request by staying up all night & COOKING US ALL BREAKFAST and bringing it to out shit motel before we hit the road again. 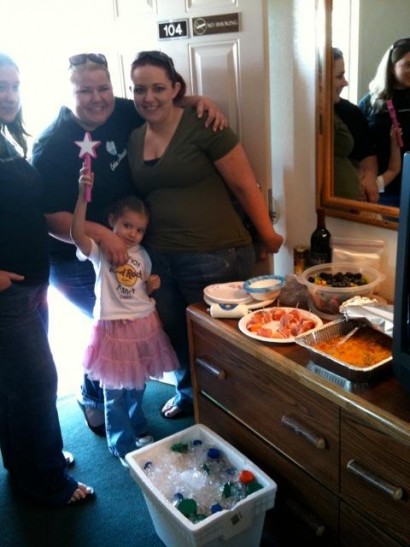 also, she brought a little girl named logan, shown above with wand.
logan gave as a “twitter breakfast mix” which included a recording of her singing “you are my sunshine”, but getting the lyrics wrong and singing:

we listen to it in the van a lot when we’re feeling down.

we gave little logan an evelyn evelyn kazoo in exchange: 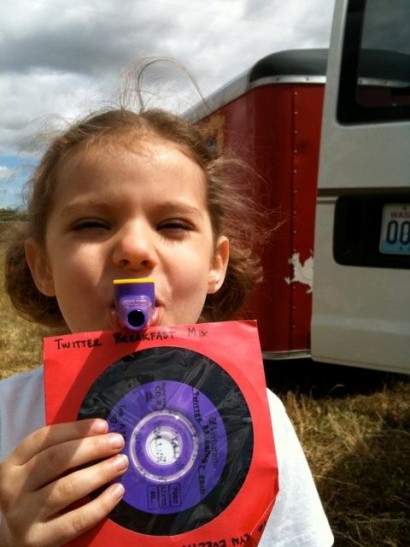 i went to westwood, and made my last will and testament.

and get this: my lawyer, who’s a hilarious fellow named leslie klinger who is also a sherlock holmes scholar, actually thought my middle name was Fucking. 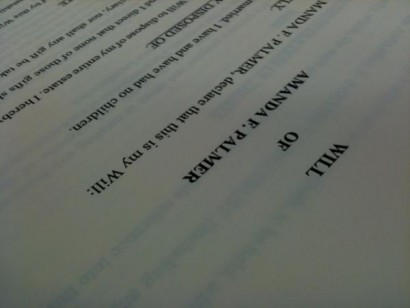 we had to re-print all the documents before i signed them.

thinking about what to do with all of your stuff should you kick off unexpectedly is actually quite a fuzzy feeling.
i enjoyed it. i recommend making a will….if you’re an artist with a body of work, it really is terrifying what can happen to your stuff if you don’t bother to set shit up.

it was actually neil that kicked my ass into doing it, he’s a huge will fan, as professed in this blog from last year:
http://journal.neilgaiman.com/2006/10/important-and-pass-it-on.html

then, i headed straight over to andy and lisa’s house. andy and lisa won the famed “private living room concert” with me in the “who killed amanda palmer” pre-order contest last year (or wait…two years ago? remember that?)
we’ve been trying ot find a time for over a year to get me over to their house in LA…and it turns out they live 5 blocks from the venue. they made increidble guacamole and cookies, and invited about 20 people to come hang. jason and i busted out ukulele, guitar and accordion, and tried our best to entertain a living room full of people. i think we succeeded. best of all, one of andy’s friends, whose wife works in abortion conversation advocacy, showed me his powerpoint presentation of depictions of abortion (both positive and negative and everything in-bweteen) in popular song, which he’s recently shown at some music conferences. it included my song “oasis” – and he told me that abortion providers have been responding really well to the presentation. i was really impressed by it, and he promised to send me his list of abortion songs. good times!! 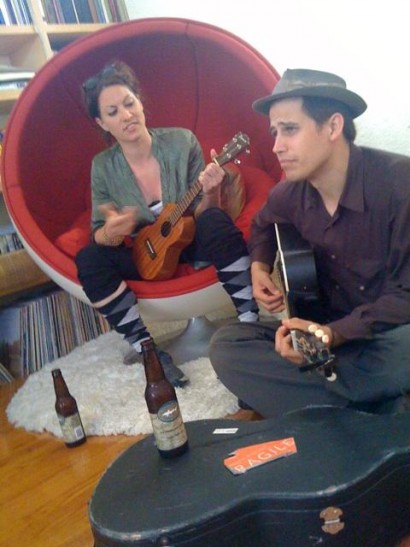 the twins have been enjoying tour…the show has been getting tighter and tighter, and they’re getting more comfortable with stage performance.
they’ve been getting *slightly* more sociable, but it’s still hard to get them to pose for pictures. but they’re not freaking out anymore…
we had a great webcast with OKGO in san fran, and the twins made friends with tim… 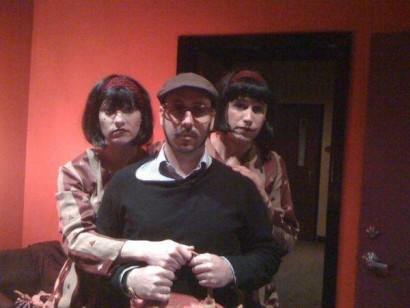 and last night in LA they made friends with “clownvis”, the legendary elvis clown from st. louis…. 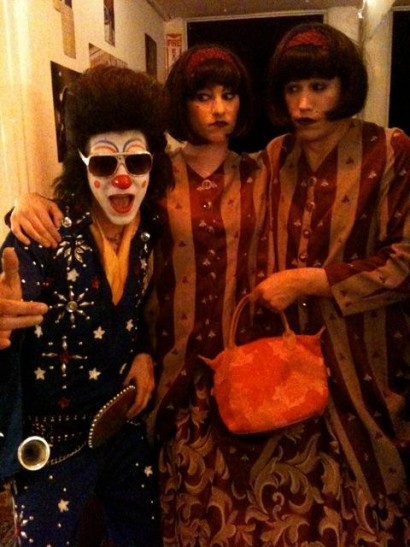 OKGO are an incredible bunch of guys.
we geeked out hardcore about business stuff – they’re doing some seriously smart things (if you hadn’t noticed).
my trip to san fran was very geeky in general…i also went to TWITTER (the mothership itself is there), had lunch with my pals @netik & @delbius, and played ukulele for the staff (which has EXPLODED in size since i was last there).

there was a dude (@mracus) wandering around with a guitar in the lunch room, and it turns out it was his first day of work (that’s how fast they’re hiring).
i grabbed him to play with me. creep, 4 chords, so handy. it was kind of awesome.
he was assured that you don’t get to play guitar with random chicks at every lunch break. 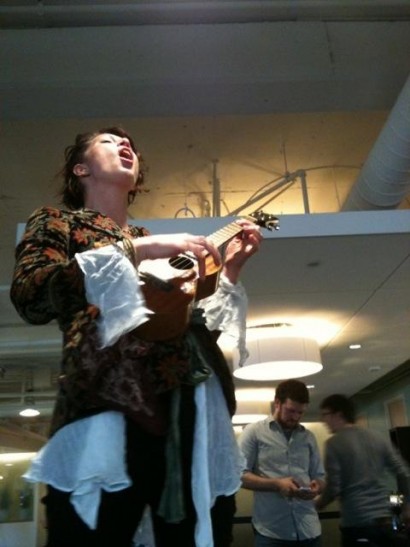 danny elfman came out to the LA show last night, and i almost shit my pants.

weird al came too, and loved it. jason and i can die happy now.

the NINJAVIEW experiment is going smashingly and we posted out first success last night. (even though it was technically the second, we’re still trying to get the clip from LA night #1 up…)
the interview was with the legendary clownvis himself.

life is good, no?

welll…..life is actually not so good for one whitney moses, who i stayed with in san fran.
whitney has been my true friend & bodyworker for ages and she’s a seriously kick-ass person in ways too countless to count.
if you live in san francisco, chances are you know her as a gogo dancer & connector of All People Eveywhere (or part of the zombie burlesque troupe “living dead girls”).

lots of you old-school types will know her from having been on tour with the dresden dolls back in 2006/2007 as a merch gal, and as a singer (she often joined us onstage for “delilah”).

whit was at a housewarming party about a week, and got into an accident involving a trampoline (because she’s that kind of person). her knee is torn to shreds.
like just about any struggling young bodyworker in america, she’s UNINSURED and is facing a staggering mound of medical bills. she’s being an incredible sport about it, but our pal is down and needs help, so i’m going to try to help her, because, i mean, LOOK at her, who else has this positive an attitude about being couch-ridden, uninsured and out of work for months? only whitney moses: 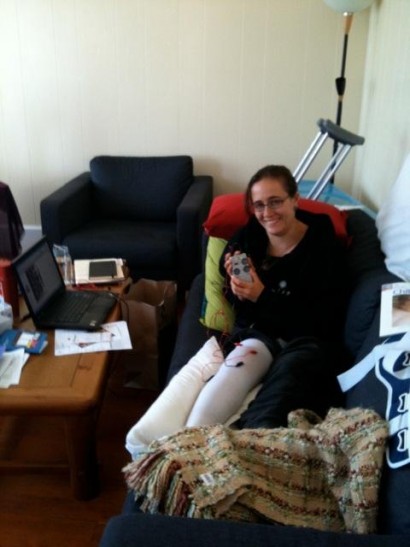 this blog, written by her friend sarah dopp, says more about how tops whitney is, and tells you how you can help whit out, if you can. please do, she needs it.

p.p.s. we created a twitter for @SxipShireysHair live from stage last night due to popular demand. it’s already seeing quite a bit of action.