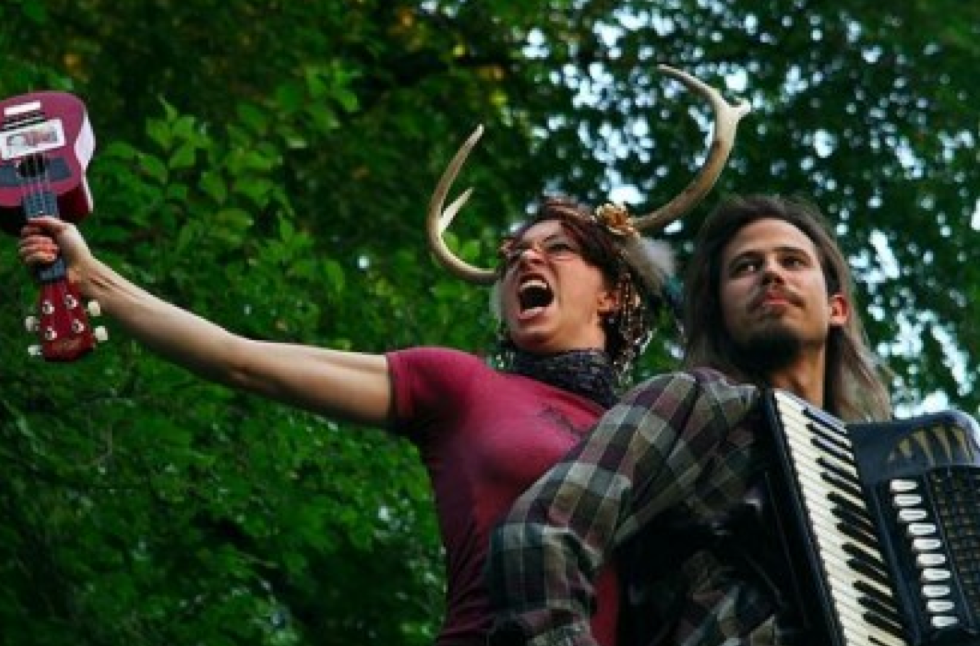 hola comrades of the brave & slightly damp american northwhest & beyond!!!

i’m in africa, with neil….catching up on email and working.

it’s not as bad (or quite as ridiculous) as it sounds. oh, who am i kidding? it’s ridiculous. whatever. i’ll vacation when i’m dead.
……

meanwhile…
jason just barely scraped out of europe under the EVIL ASHCLOUD and has just landed in seattle.
i fly back to boston tomorrow for about 24 hours – just enough time to do laundry, which i assure you has become AN ISSUE – then i join him and eric and sxip and zea (who’s back on board as merch gal) in seattle..and…and we hit the open road.

here’s the situation:
the tour kicks off THIS MONDAY (the 17th), in VANCOUVER, BRITISH FUCKIN’ COLUMBIA…(please note: the venue’s been changed…we’re now playing a venue CALLED venue. go figger. it’s right down/across the street from the commodore, so be sure you go where the crowd of people are — that’s where we’ll be)
we need your help spreading the word like mayhem, mayhem, mayhem!!

certain shows are selling incredibly well, but the northwest sales have been scary, which is astonishing because it’s jason’s stomping ground (literally, he stomps, hard) and i usually do well there. i chalk it up to the fact that people just haven’t been hearing about it, so if you’re in the northwest and you’re reading this….HELP US, we need it bad.

here are the dates and all sorts of helpful links…run, run, run with ‘em…

May 17th
Vancouver, BC at the VENUE (yes, please note the venue change…to a venue called venue)

and so you know…..
the bill, as in europe, is as follows:

here’s a rare picture of the twins, playing their guitar song…. 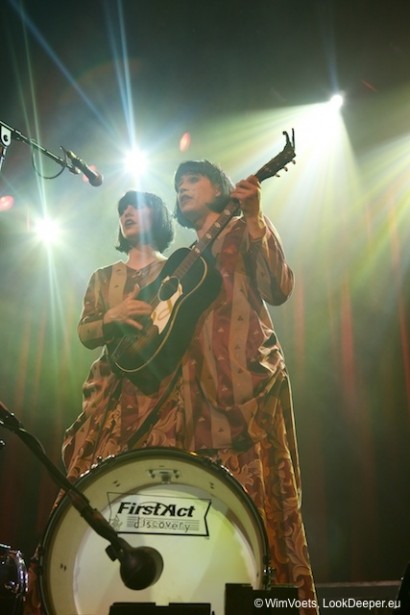 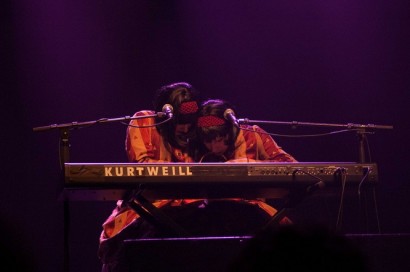 and here’s their chaperone, The Great Sxiphisto…. 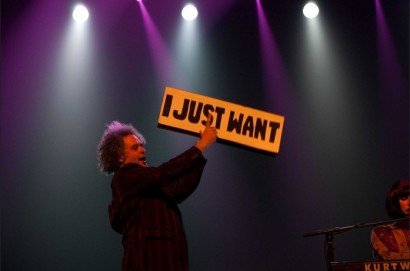 here’s a beautiful artyshot my SISTER took (by the way, she’s started blogging. copycat….) at the amsterdam show: 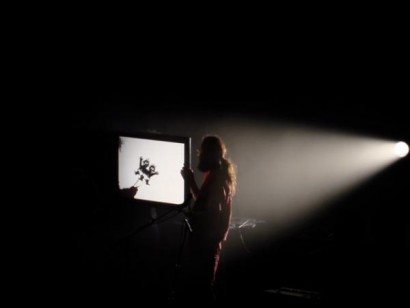 other than that, the shows have been maaaaadnesssss……………here’s some pics…. 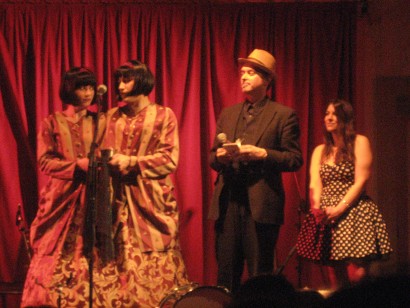 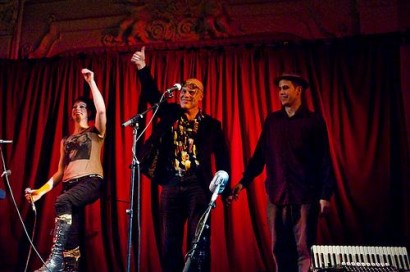 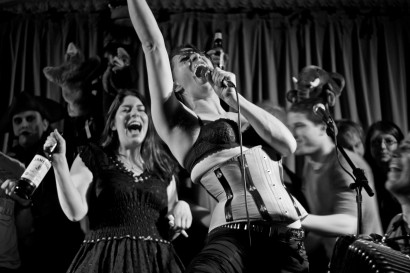 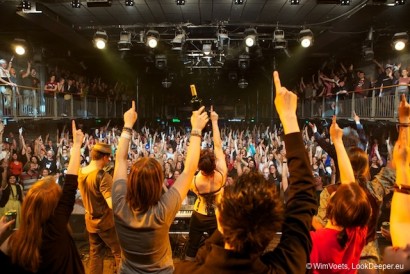 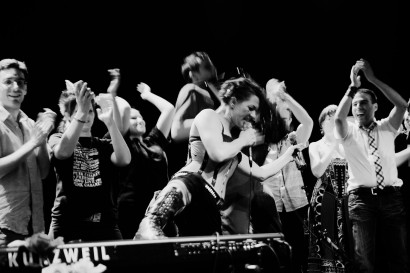 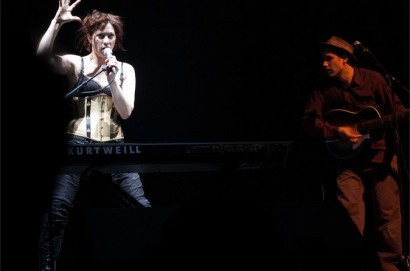 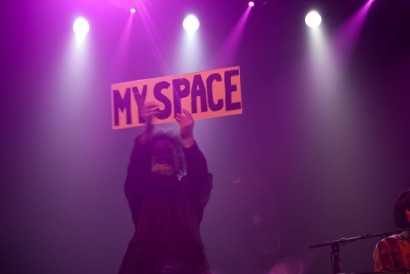 …AND we’ve been rotating the running order, so make sure you come EARLY so you don’t miss anything awesome.
the last time jason & i were together in PORTLAND, we did a ninja gig atop an elephant…. 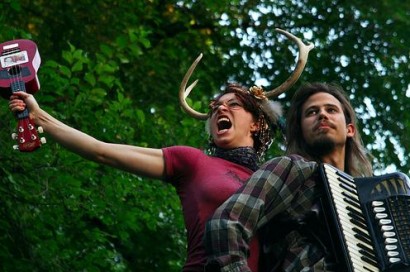 photo by brigid marz, taken from describe the ruckus
here’s all of us in a big group love shot with jason looking like a young gandalf or some shit: 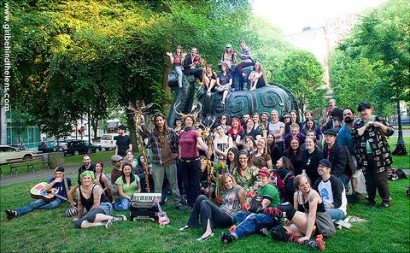 photo by jen aka oregongirl, taken from girl behind the lens

oh yeah…and i did the world’s first tweet-up-in-a-portland-strip-club. it’s a good place for us to be, obviously.

ANYWAY, back on track…

there’s a great, long article/interview with me & jason in vancouver’s georgia straight today: 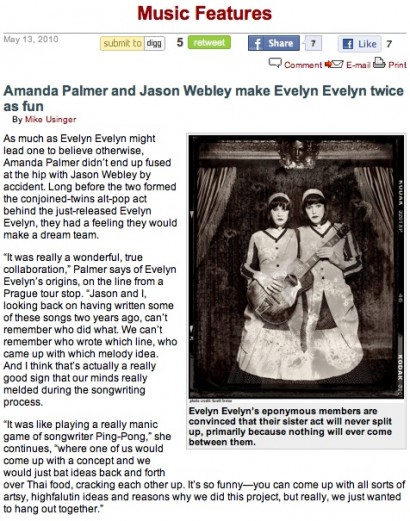 back to work, back to ignoring the fact i’m IN AFRICA, back to getting ready to rock your fucking socks off, north america!

the rest of the dates are as follows…..
and BTW – to answer a question i keep on seeing – these are my only shows planned around north america this summer and they’re certainly the last time the twins will be coming out for a while…if you want to see them/me/the incredible jason webley and sxip shirey, here’s your chance(s):