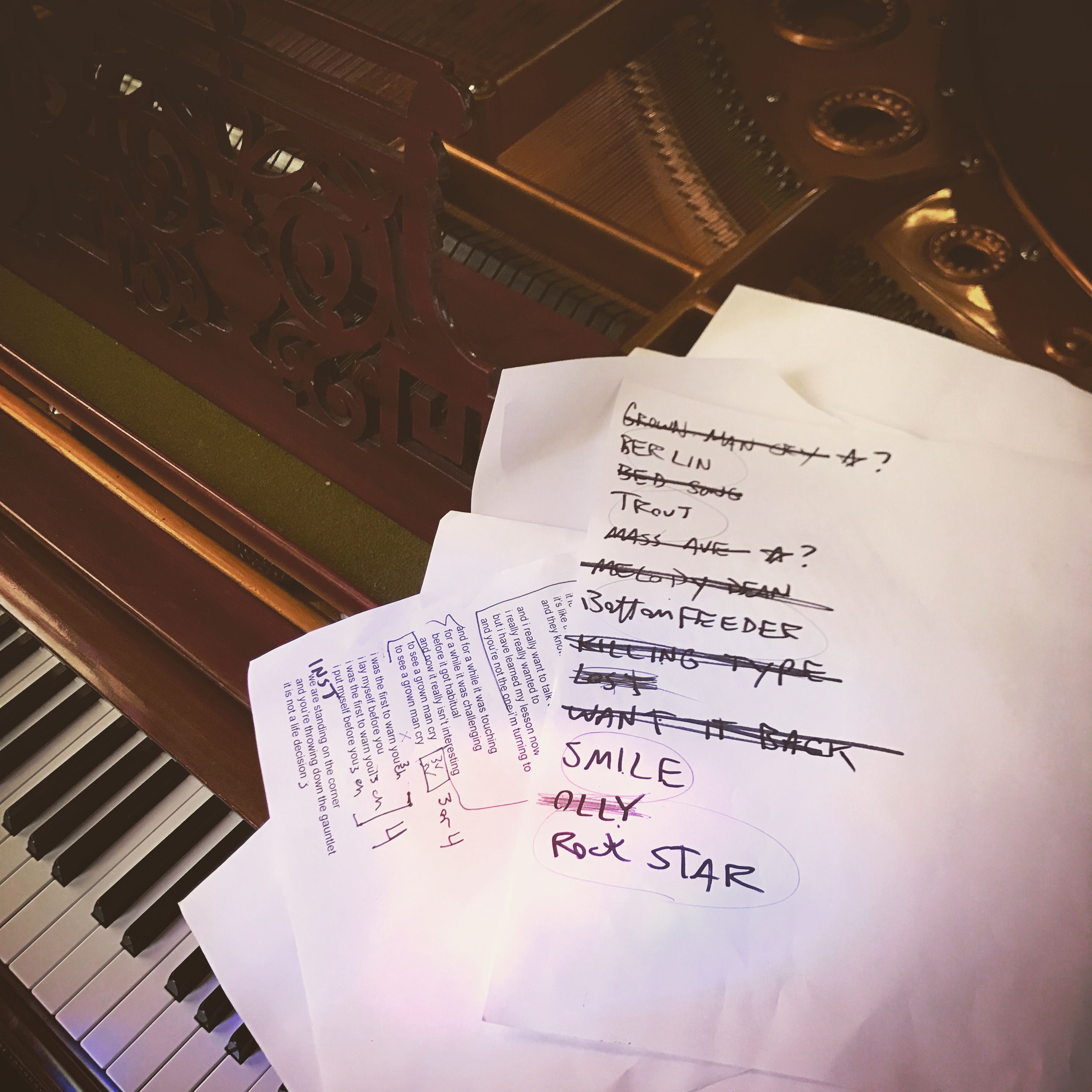 i wanted to make sure this was actually going to *work* before i  announced it as an actual Thing, and i can say now for a fact that it’s actually working, so i’m announcing it. it’s a Thing.
i have been in the studio for five straight  days (and i have one last day tomorrow) creating a solo piano version of “theatre is evil”…the entire album, played live on piano.
this recording has been on my wishlist  since we first went into the rehearsal studio in 2011 to start piecing  together the epic “theatre is evil”, my notorious kickstarter record.that album, so goddam dear to my heart i cannot tell you, took an entire year and a half to prepare and record…and then a year to tour. when  we were originally in the studio in melbourne making the record (there were five of us: me on piano, the drummer michael mcquilken, the bassist & string/horn arranger jherek bischoff, the guitarist and synth player/arranger chad raines and our illustrious producer & engineer john congleton), i had this crazy idea that we’d somehow have “extra”
time in the studio in which i could knock out just-piano versions of the songs, so we could gift them to the 25,000 kickstarter supporters as a  bonus. i cannot tell you how seriously that DID NOT happen. we wound up in the studio for something like 20 straight days, 10-12 hours a day, and we got out by the skin of our teeth. then life happened. the idea died.
not only that, but i realize now i would’ve been crazy to even attempt it. i went into THIS session, having booked six days, thinking i might be able to knock 13 songs out on piano in three days and then i’d take my spare thee days and, like, walk around with a baby drinking mai tais. (just kidding. i fantasized about spending those three days catching up on email).
we spent eight hours yesterday on ONE song. (bottomfeeder). this would’ve been the case four years ago, too. the solo versions of these songs needed a lot of thought and work.
and plus – this recording has taken on a magic quality…distance, and time, and the fact that some of these songs have morphed on the road. and, as i realized while recording “grown man cry”, these are kind of new piano covers of my own band’s own album arrangements. some of them little resemblance to the original piano demos that i brought to john and the band (and as to those: they’re a perfect thing to dig and clean up someday for the patreon as well – who knows where they are … on a lost iphone somewhere.)
the wonderful kyle cassidy, my photographer friend, came to the studio yesterday and today and took some photos (and we did a live periscope of some studio time) and it’s happening. it’s a Thing.
my hope is to take this recording, master it super quick, press it to CD,  and bring it on the road with me in europe and the states this fall as  the ONLY THING I SELL at the shows. (which are 99% sold out! hooray).  there’s a murmur that i might be able to make it into vinyl for the australian tour, and if i do that, i’ll try to make vinyl stateside so you US/europe guys dont have to import it. ALL the patrons will get it as a download, the $3+ patrons will get a little something special, the $5+ patrons yet more something special, and the public will get it on bandcamp for nothing or close to it when i get off the road.
and it will be called, yes, “piano is evil”.
and three of my fingers have bleeding cuts and two of my fingers have blisters from the five days of recording. piano IS evil.
this would not have happened without the patreon. the cost of this studio and the pianos and so forth would have made this too risky and weird an endeavor.
i hope you like this Thing. i’m fucking thrilled with it and can’t wait for you to hear.
more soon.
off to watch the fucking debate. fucking.
xxx. a
Back to Blog
« Previous Post
Next Post »