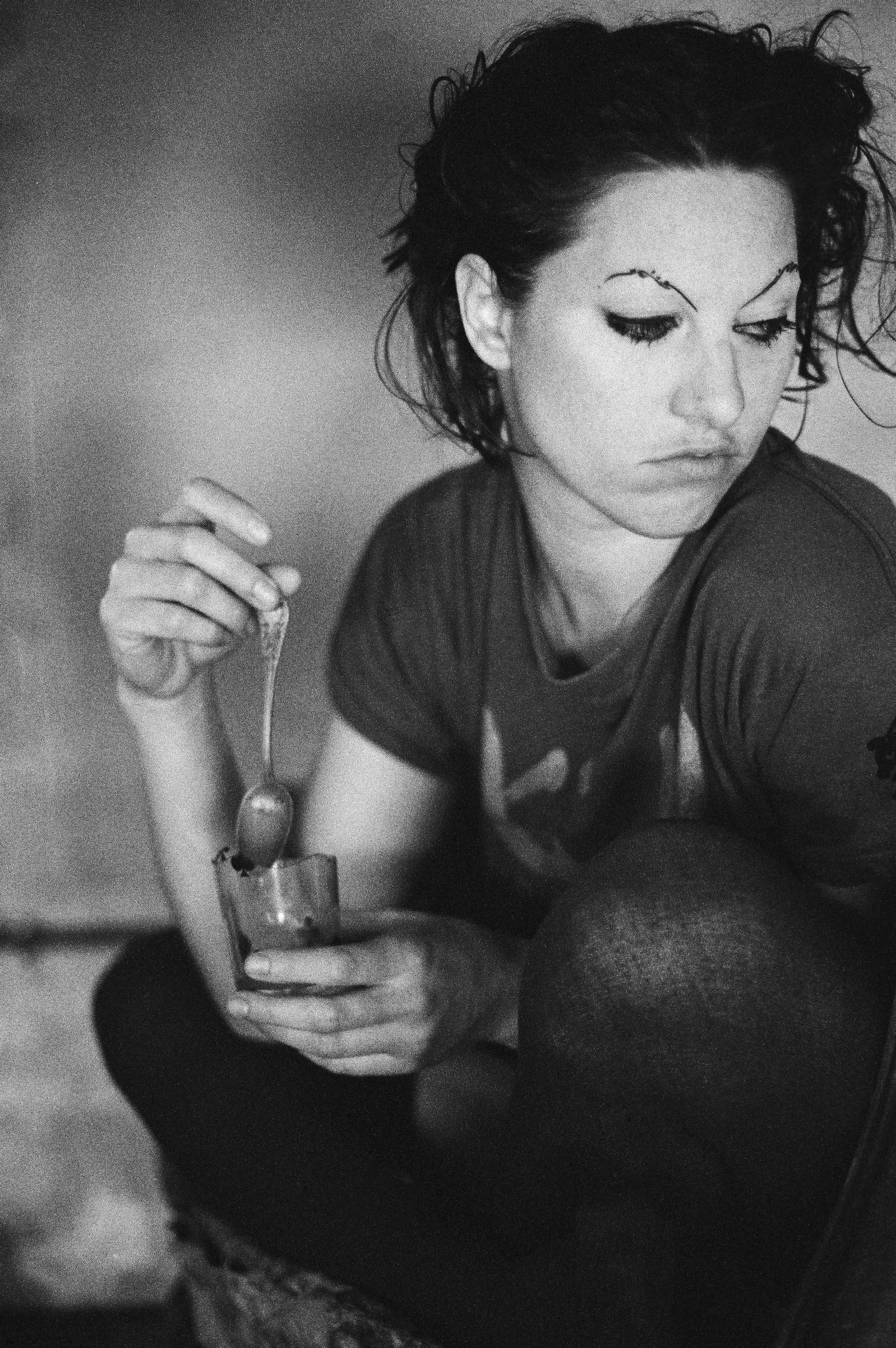 this is a 2007 recording, never released, and i’ve never played this live solo (i dont think. have i?)
now that i have time to actually sit down and write something, i don’t have a lot to say about this one. but let me try to dig into the depths of my noggin and see what i can say about this.

first of all, listening to good-quality recordings (there are few) from certain eras of my apartment (my apartment that i love, and my apartment that i still have, in boston, at the cloud club), i kick myself for not being better about always having a good mic set-up at home. i had one for a heartbeat, and then i never updated the garageband software, and then i dis-assembled the mics and loaned them to someone…and after that it was back to recording demos on my phone. it’s something i’ve been meaning to fix, and this reminds me. amanda, fix this. okay.

second-like, theatre is evil (aka the kickstarter record), was, like most of the records i’ve made (with the exception of Evelyn Evelyn) a hodge-podge collection of years of songwriting, collected in one pile to make one cohesive album. this makes me think, tangentially, about the death of the album, but in some ways, i’m kind of enjoying the death of the album. in trying to make balanced albums without too many slogging, depressing ballads, there was always, well, a backlog of slogging, depressing ballads in my life.

sean slade, who was the producer of “yes, virgina” (the dresden dolls second album), used to call it “the battle of the ballads”. i had, i think, five or six or even seven slogging, depressing ballads on the table for the record (without checking my notes…boston, delilah, mrs. o, sing, first orgasm, me and the minibar, colorblind, and there may have been others). sean was like: YOU MAY HAVE THREE. MAYBE FOUR. BUT YOU MAY NOT HAVE SEVEN BALLADS ON AN ALBUM.

third-wise, i wrote “grown man cry” in 2007, which reminds me that it was in the running for “who killed amanda palmer”, and i think it lost the battle of the ballads there, against ampersand, another year and point of it all. but lucky, i think, because i love, love, love the treatment this song wound up getting on theatre is evil, with my boys. grown man cry was one of the songs (along with st. kilda and bottomfeeder) that we arranged from scratch in melbourne in the weeks leading up to the album. i had no idea what it would sound like, but i knew it would have the band. i sat around with chad one morning, talking about our shared love of depeche mode, and about how the melodies and vibe of the song reminded me of something from “violator” (one of my favorite records of all time).
so that’s what we aimed for, and i was so so happy with the full-production result (which you can hear here).

but going back and listening to this makes me proud of the original.

also: can you hear my vocals?

notice anything different? i sure fucking do.

this was RIGHT BEFORE MY VOCAL NODE SURGERY.

you can hear it, dude. so much rag in that voice.

p.s. this track is available to download on bandcamp here (free, or pay what you can).

p.p.s. if you’re reading this and not part of this here patreon community, join. you can join for a $1 a month, and it means the world. we love you.