i just spent two full days doing a photoshoot with Kahn & Selesnik…all with an eye to the Giant Yet-To-Be-Titled-Basically-All-The-Thing-Saddest-Record-In-The-World that i’ll be recording in the fall and then touring forever and ever. i’ll send you a whole slew of behind-the-scenes photos but meanwhile here’s one…and this is just the tip of the iceberg. there’s a whole raft/boat and a dismantled player-piano on an island that i am going to hoard. JUST YEW WAIT. 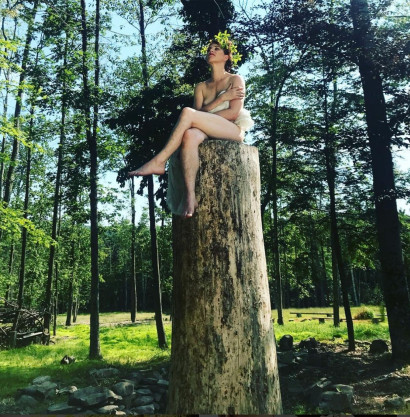 i may seem quiet but i am slaving away at a hot mac doing the sorts of things you be doing when you’re planning a huge album and tour undertaking and it’s all incredibly tedious darling. lots and lots of phone calls with agents around the world trting to figure out which venues, where and when.

lots of thinkings and meetings with the management team about how to put the record out. who to partner with. how many videos to make, with who, when, where.

all this and i’m also trying to keep up with myself and work on The Podcast (we’re getting there) and all the other projects we have in production (like the “weinstein” shoot that’s happening in brooklyn this weekend – and i’m going to try to take a break sometime on the set and do a spontaneous webcast from the shoot, for patrons, if time allows).

that’s not why i came to make this post, though.

i came to make this post because I WANT YOU ALL TO READ THIS ARTICLE.

it’s REALLY LONG, but it’s really beautiful, and it’s especially a breath of fresh air after that billboard article, which was nice but barely went in-depth about the patreon, and how it FEELS, in the ways that i wish it had.

this one knocks it outta the park.

“I can no longer pretend that my audience is amorphous and fickle and they can no longer pretend that they’ll maybe check my music out every once in a while. It has taken a long-term relationship to the altar. We’ve done an official handfastening and the emotional component of that is hard to put into words, but I feel so incredibly held and supported and believed and authenticated by those 11,000 people in a way that no billboard chart position and no five-star review in any magazine could ever give me.”

if you’re here supporting me, you’re gonna want to read this one.

it’s going to give you warm fuzzies ALL OVER.

ever-grateful to you all.

my article for the new statesman

read this from anohni, then take your own hand, put it on your back, now pat pat.