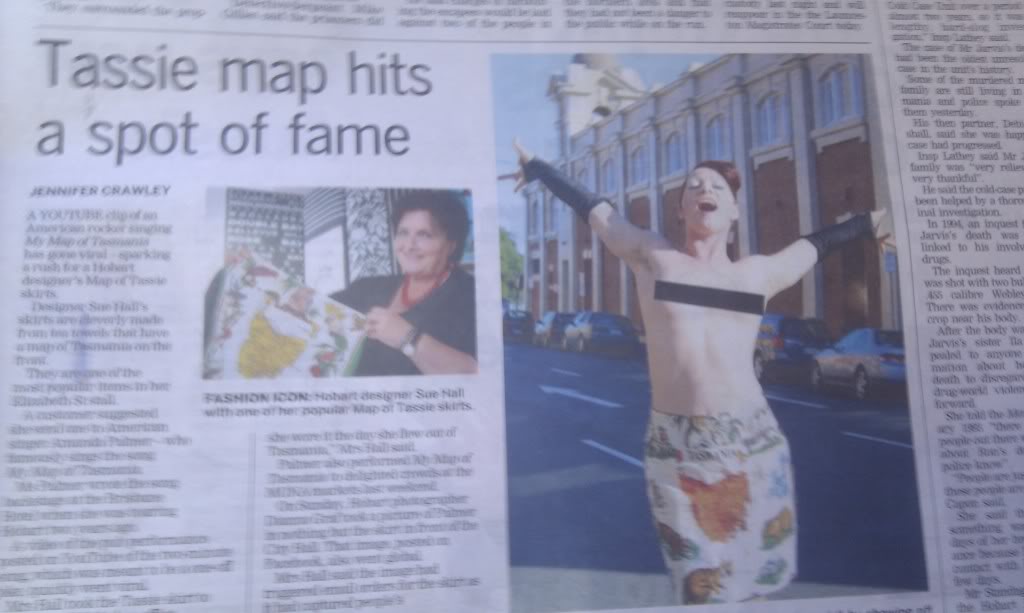 here’s the best news of the day…..i’m on page three of the main tasmanian newspaper (photo via @newrosehotel): 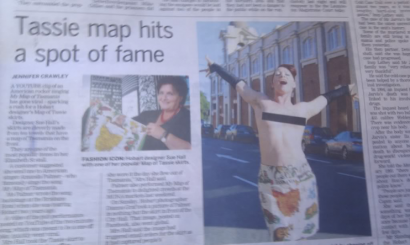 (here’s the uncensored original photo…and here’s a mirror in case twitpic pulls it down, since in the past they’ve seemed anti-tits)

i wish the people at this newspaper this understood the hilarity and irony of their censorship, given what song they’re referencing…

THEY DON’T SHOW THE TITS IN THE NEWSPAPER!!!!

as many people on twitter said:
THAT’S WHY PRINT MEDIA IS GONG DOWN THE TUBES.

o new zealand, new zealand, wonderful country of magic-green-rain-rolling-hills….today i woke up and walked randomly through the city of auckland…we play the powerstation tonight. 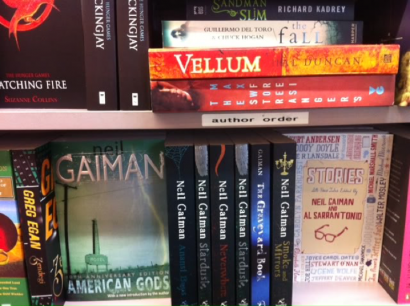 and emailing it to neil. i’m like a international publishing spy) i passed a little juice bar, thought twice, backtracked, and walked in. i’d already eaten a banana and was like: i just had a banana. maybe a juice is just over the top. you think these things and think nothing of them. the man in front of me ordered and sat at a little table and right after i ordered, he asked me if i was going to see the dresden dolls tonight.

why yes, i am.
i always do this to people. it’s kind of mean. but i get the feeling that i might learn secret information from them if i pretend to be a dresden dolls fan. like there’s some secret brotherhood or handshake code that the fans just haven’t told me about, and i might finally learn it. or someone will lean in and whisper “confidentially…we all secretly cannot stand when she plays the ukulele, but we all PLAY ALONG UNIVERSALLY, HOPING that someday she’ll come to her senses.” or something like that. so far it’s never happened. so far i just let people talk to me about bullshit for 30 seconds and then i say “guess what” and they’re like “what” and i’m like “i’m the singer.”

so this man, he says “well, it was your eyebrows. i figured with eyebrows like that you’d be going to the dresden dolls.”

i’m not going to say anything else, other than YOU SHOULD COME TO THE FUCKING SHOW TONIGHT IN AUCKLAND. magic is a-fucking-foot.

what is it about coming to australasia and meeting my fucking soul heroes?
stop, already. if i bump into robert smith at a water fountain while jogging in wellington, i’m going to just kill myself.

does robert smith do his hair like that when he jogs?

i wonder these things.

speaking of heroes, i want to plug a BOOK and a TOUR….
if you’ve been following my twitter feed you’ve been seeing me constantly referencing and quoting paul kelly’s book, “how to make gravy.”
who is this paul kelly, you ask? i’ve mentioned him in the blog before….he’s a sort of australian folk/rock/mongrel (he’d enjoy that) legend….
a writer of songs that are part cohen, part dylan, part his own fucking thing. he’s a huge deal in australia but when he tours the states/europe he’s lesser known.
his book was spawned from a string of shows he decided to do some years back called the “A-Z” shows. he played 100 of his songs over the course of four nights at the spiegeltent (BELOVED) in melbourne…all in alphabetical order, and with accompanying behind-the-music tales of life and love.

the shows were a hit and he decided it might be fun to create a book around the concept, and “how to make gravy” was born. it wound up taking him several years to write and it’s an EPIC collection of brutally honest, funny, bizarre ingredients into what makes a songwriter’s life. the format of the book itself follows the A-Z concept….he starts with A songs and tells out-of-chronological-order stories of his life, his family’s immigrant heritage, the romantic and unromantic perils of heroin abuse….you name it, he goes there. it’s a brave, bold book, and it’s chock full of creative inspiration and insight….i found myself thinking YES YES YES a lot while reading his deep-soul-baring thoughts and embarrassing notes on the writing process itself…on stealing, lifting, the strange experience of giving birth to songs.
i’d recommend it to any songwriter, it’s a gem…or any artists…or any person, really. grand fucking book: 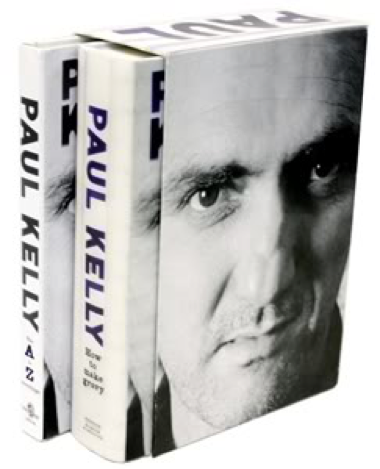 meanwhile….his songs are bloody good, too. brian and i used to cover “winter coat,” one of my favorites…HERE’s a great clip of paul doing it live in ‘07….

and HERE’s one of his most well-known more politico-folk songs, “from little things big things grow” known to almost everyone in australia; it can make you cry if you’re in the right mood.

he’s going on tour in the states and europe and since i know he’s playing teeny places, i asked his management if we could give away some tickets to his shows to help promote them to my fanbase. stay tuned to the twitter and my site for updates if we’re able to get a few…
i’m always shocked that NOBODY knows him….here’s your chance…..tickets are on sale NOW for ALL of the shows (except a few have already sold out)…grab yours/see the full list of where he’ll be around the world at his site: paulkelly.com.au

here’s where he’s hitting in the states:

i’ve been obsessed lately (in that sort of jonbenét ramsey fascinated kind of way) with lana del rey.
her face stares out at me from posters in the street and ever since her saturday night live debacle, i’ve been following the story and the news with an uncharacteristic-for-me fervor.
that “video games” song has been stuck in my brain like a tumor and there’s something so disturbing and spooky about her whole deal.

here’s an interesting piece i read last night that touches on some of the issues:
“can lana del rey survive in the age of adele?” – read it here, via spinner.com

i have fantasies of covering “video games” in a full 60s sparkly-gown nancy sinatra bouffant get-up….at an old-school microphone, standing stock still while some credible-looking black dude plays the piano.

then the camera pans down and my wrists and ankles are bound in heavy-duty bondage rope. IMAGINE THE CLIP. i need more off-days.

there’s something about it that seems to mean something bigger, about culture right now, about talent and artifice, about….i dunno. i’m still putting my thoughts together, but i feel like a big blog about performance/lady gaga/lana del rey is percolating in my domepiece. if you have any pre-blog thoughts – hit me in the comments, below.
the whole thing’s very strange but very of the moment.

i think the main key is that the artifice-without-acknowledgment-of-artifice might be OVER in these post-modern days of ours….or maybe that’s just wishful brechtian thinking.

and in a few weeks, or maybe sooner….i will reveal my hereto secret brand-new-music plans to you.
Big Things are afoot.

p.s. thank you for all the comments on the blog in general. i do read them all, even when i’m on tour and not responding as much. just…thank you. you guys are collectively amazing. even the dickish person who keeps calling me a dirty scientologist hooker….keep it coming….i love you all!!!!