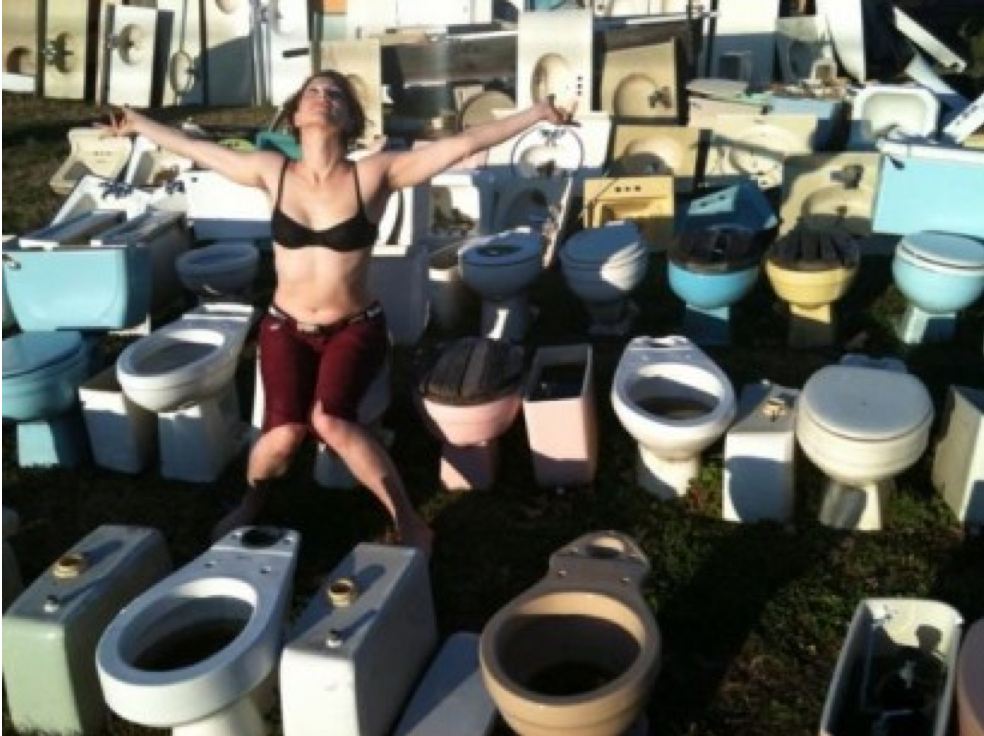 off day. off day? we don’t believe in off days, motherfucker.

tonight we finish up the tour in knoxville, TN

i think yesterday in asheville might have been, just in, like, sheer volume of speed and awesomeness, the best day of my life, ever.

i can honestly say that.

therefore: i am forcing myself to blog it in it’s entirety and post it up.

it was supposed to be a day off. you know. sleep late, find breakfast, park ass in front of mac, answer emails.

a few days ago I got an email from the guys at the moog factory, in asheville, NC, who invited us to do a recorded session there, in addition to geeking out over their gear and getting a tour of the facility.

so we drove to asheville on our way to knoxville for our off day.

we left around 10 am, dropped beth’s girlfriend the lovely kayla off at the airport, and hit the road.
we made it to asheville with 25 minutes free before needing to be at moog.

so i announced a ninja twitter ukulele gig in the town square.

this was us, right after convening… 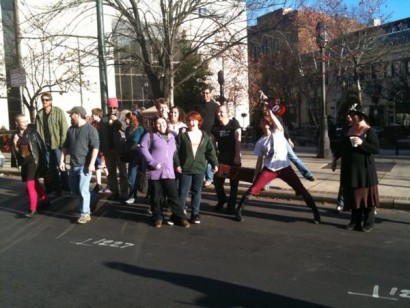 …and we’re crossing the street because one of the 20+ attendees who had happened to get my twitter (i announced only about an hour beforehand) was a great gal named gina who worked at malaprop’s bookstore.

so she herded us over there and we did the rest of the gig in the bookstore…. 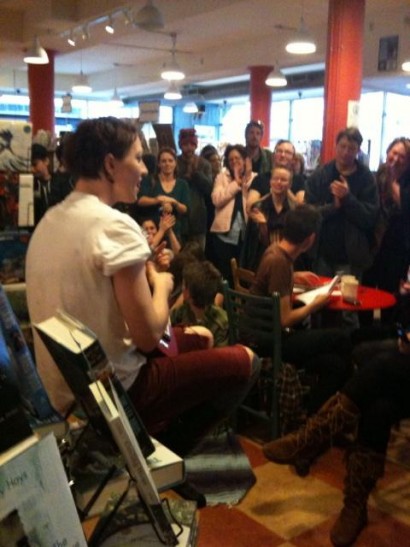 and took a picture… 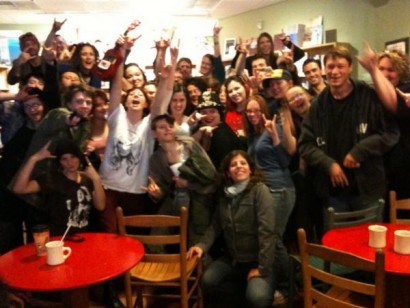 and the whole thing took less than a half hour.
i grabbed everybody’s email by having them text me as i flew out the door.

then on the drive to the moog factory about 20 minutes away, we passed these toilets for sale on riverside drive.

but we HAD to stop and do a 3-minute photoshoot. 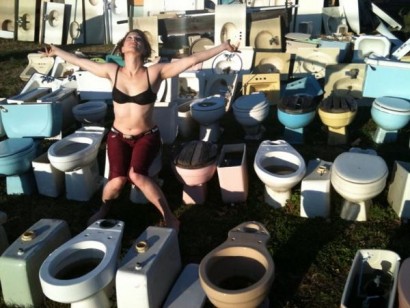 the moog factory was incredible….
our hosts jason and jeff made us feel incredibly welcome and let us run around like geeks. 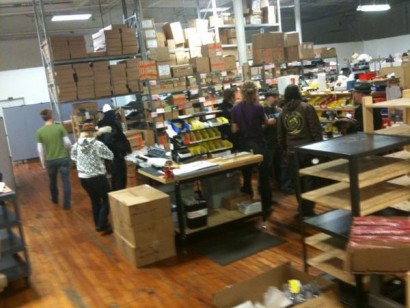 we got to see all the fancy fancy behind the world’s hippest analog keyboards….

(this is steve, my current sound guy…..) 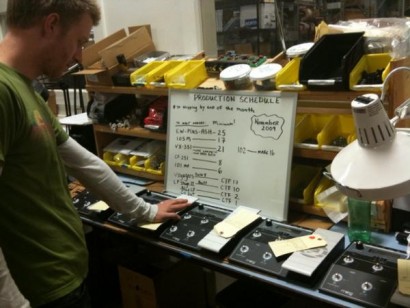 (this is me and fred, the trumpet player from nervous cabaret, in a forest of theremins….) 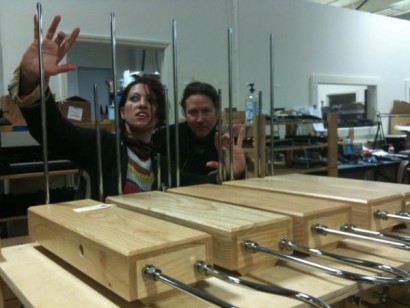 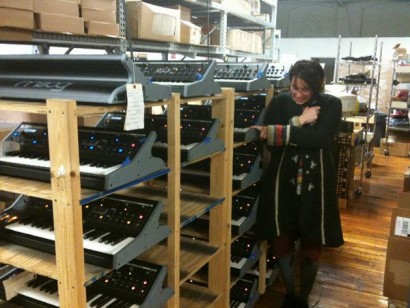 then we put all of our instruments through crazy pedals and did a recording that was put to tape and filmed for paste magazine….

i got set up with the two standard moog keyboards of the present day (the voyager and the little phatty for you gear dorks) and we slammed out fantastic live versions of “astronaut”, “missed me”, “guitar hero” and “runs in the family”. 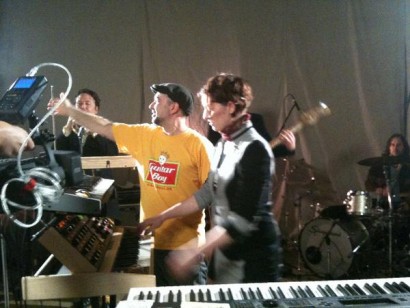 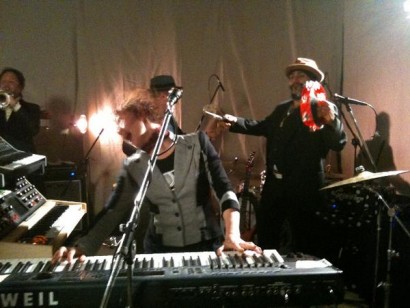 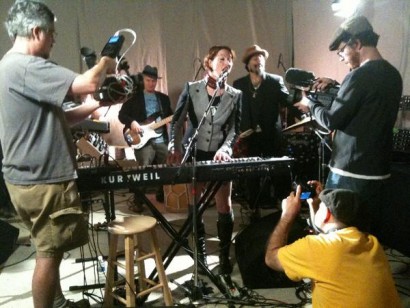 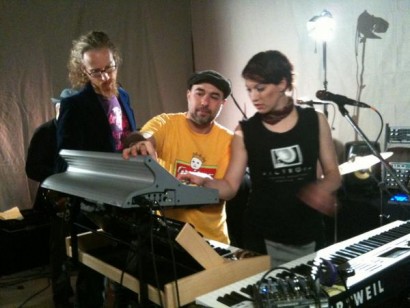 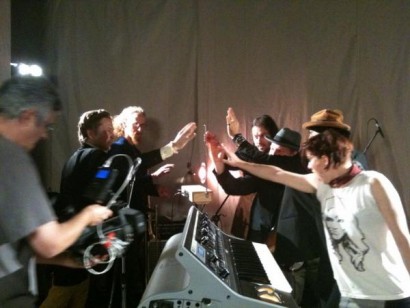 i was so theremin slap-happy by the end of the day that the sweet men of moog gave me one to keep.
i was a very happy girl. 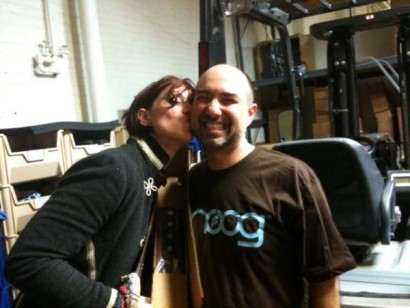 by then it was around 9 pm and did we stop?

we had an invitation from a friend of the band’s to do a last-minute session in their studio. the man was danny, the studio was echo mountain,
which is a state of the art joint in downtown asheville. they’d just finished up recording a record for band of horses.

we squatted all night, pounding out songs from our entire live set….leeds united, missed me, guitar hero, runs in the family, astronaut, house of the rising sun (the standard), that’s not my name (the ting tings), a new nervous cabaret song and a late-late night cover of “makin whoopee”, while everyone was about to keel over with exhaustion. 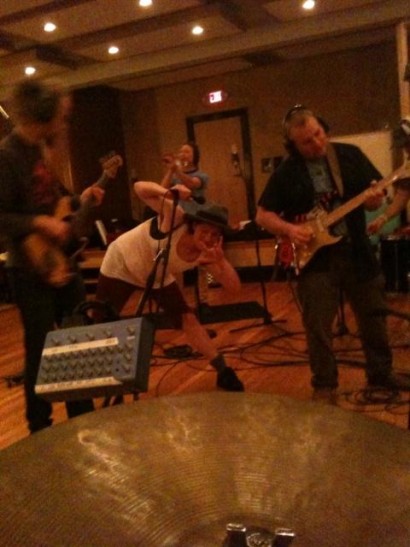 me & elyas from nervous cabaret, with the bourbon…. 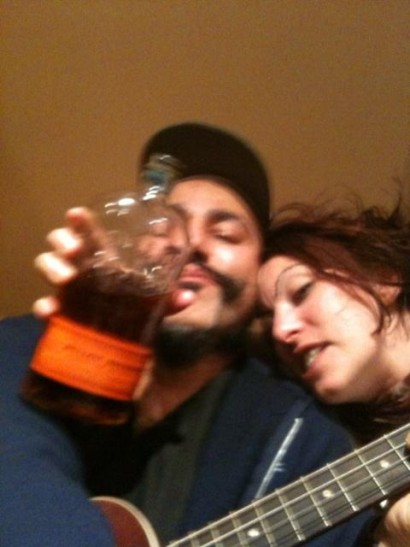 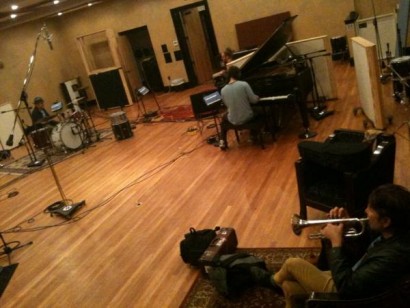 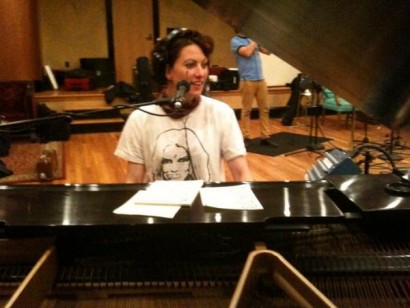 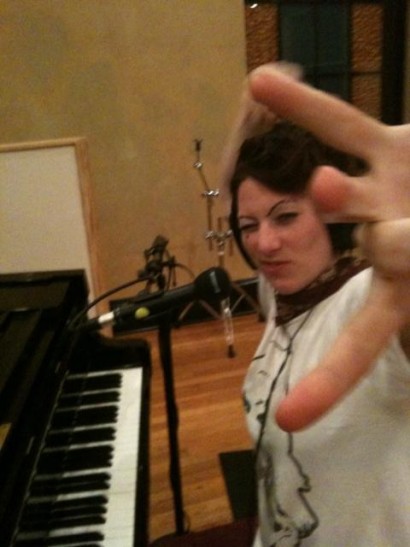 and then it was 4 am, and then we were done. 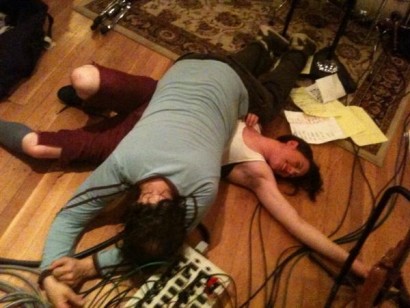 i took a cab back to the cheap hotel where beth had parked herself all day to catch up on email, she’d left me a text with the room number and left the extra key at the door.

my cab driver and i talked about music. he was real nice, i liked him.

he said he ”used to play in a band mahself and all that.”

“i was in two bands back in the day. the one that done good, that one recorded two singles. and we got to the whole business and toured and all that.”

“yep. and you know, it got to be where i looked round and i saw that i wasn’t gonna make no money from bein’ in some damn band. but those shows sure did feel good, i liked the playin’.”

“do you still play?”

“yep. oh all the time, yep. oh well you know. we play in the living room. sure is fun. but you know how it was, it ain’t a real job, you can’t make any money doin’ it.”

“yep. you just can’t. it ain’t no way for a person to actually live their life, you know?”

the twelve days of AFP-ness