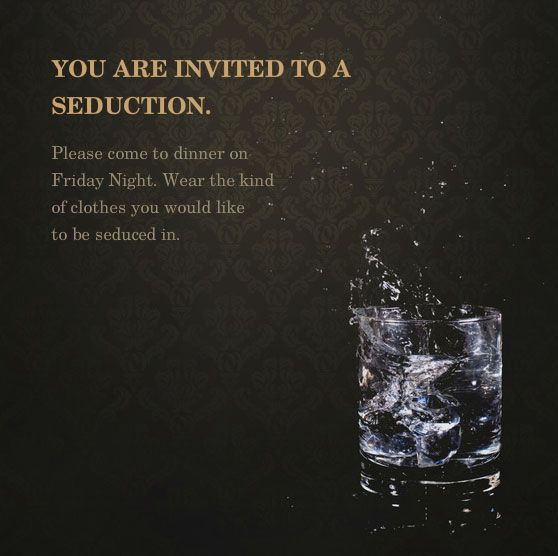 birdartpoetry asked: Mister Gaiman, you’re kickass. I was just wondering, what do you think is the best way to seduce a writer? I figured your answer would be pretty spectacular.

In my experience, writers tend to be really good at the inside of their own heads and imaginary people, and a lot less good at the stuff going on outside, which means that quite often if you flirt with us we will completely fail to notice, leaving everybody involved slightly uncomfortable and more than slightly unlaid.

So I would suggest that any attempted seduction of a writer would probably go a great deal easier for all parties if you sent them a cheerful note saying “YOU ARE INVITED TO A SEDUCTION: Please come to dinner on Friday Night. Wear the kind of clothes you would like to be seduced in.”

And alcohol may help, too. Or kissing. Many writers figure out that they’re being seduced or flirted with if someone is actually kissing them.

A Cross-Post From Neil’s Tumblr