A Cross-Post From Neil’s Tumblr

Over the last almost-a-month of the Kickstarter she’s got a huge amount of support, set records, made the news,  and is now planning a giant webcast block party in Brooklyn on Thursday night for the people who supported her and to count down to 11:59 when the Kickstarter ends.

She’s good for supporters, and she’s already well exceeded her goal and is somewhere off into her wildest dreams. (As I write this she’s 888% funded.) But I still thought I’d stick something up here, in the last few days, because…

We put together the Evening With Neil Gaiman and Amanda Palmer Kickstarter last year, to raise the money to professionally record the West Coast tour we did in November. We raised a lot more money from the Kickstarter than we had expected, so we made everything we could even better than anyone had expected. The double CD we had talked about became a beautiful triple CD package, for example, and then we did a special super secret bonus CD with a banana on it to go along with that – along with over two hours of extra material we released digitally for all the supporters. We worked very hard to make sure that everyone who supported us got something better than they thought they were getting. 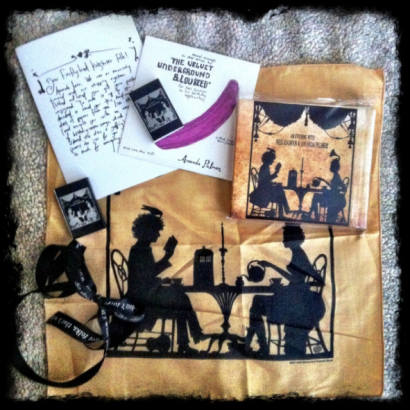 …then people here and on Twitter started sending me sad messages, telling me they wished they had supported the Kickstarter, they’d missed it as they hadn’t seen it, or had forgotten, or were broke at the time — but was it too late to get the stuff?  I wrote back a lot, and said yes, I was sorry but it was too late. We’d only made enough for the Kickstarter backers.

Amanda will be releasing a version of her new CD to the public in September. That’s the one you’ll be able to buy at your local store. But the two CD set inside a book, or the quadruple vinyl in its box, or whatever else she decides to throw in to the other levels — that stuff will only exist for Kickstarter.  If you want it, or any of the other rewards (down to the $1 reward that gets you the album digitally when it comes out, which will be significantly cheaper than it’ll be on iTunes) then this is really just a reminder that you only have four days… 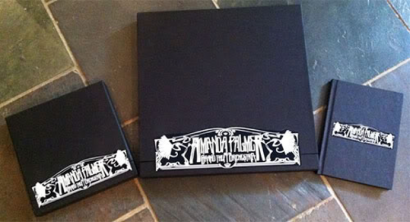 The Descent of Band (re-post from mike doughty) AND forum update (SORRY GUYS!)