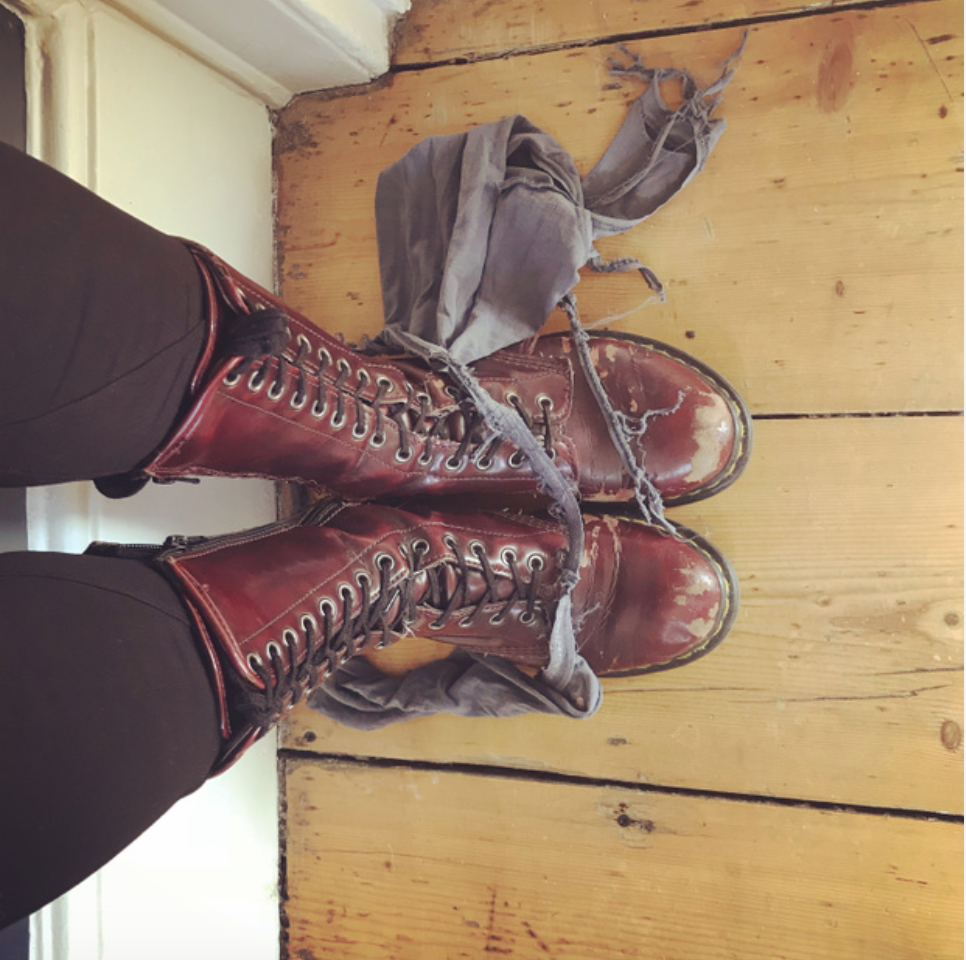 when even your underwear disappoints you

sometimes you land in london and you unpack quickly so you can get on with the only jetlagged day off you have before an epic run of rehearsals and you curse time and space because you realize that somehow on the last 4 legs of packing and unpacking you’ve managed to lose two whole varieties of items. not just a few things, but whole GROUPS of things. and you have no idea where and you quietly grieve and say goodbye to all the objects and clothings you realize you will never see again and you put on a load of laundry and walk around the place and greet the babysitter relatively pantsless but with a coat on because you only realized at the last minute that the pants you were wearing were filthy so you took them off and you also took the underwear off that you were wearing because, to be fair, it’d been on for 48 hours (or something? we aren’t sure) and you put on some nice fresh underwear and you wear leggings and shorts because all your pants are now in the wash and you zip your boots up and you walk downstairs to go get coffee and try to answer the 17,000 emails that people are waiting for. and that is when you FEEL THAT FAMILIAR FEELING of your labia falling through a hole in the new underwear because despite the fact that they are freshly laundered, there is obviously a gaping hole right in the crotch seam otherwise you would not be feeling that uncomfortable feeling of your labia getting snagged in said hole and you keep going down the stairs because you are ALREADY DRESSED and seriously you don’t have time for this shit. but by the time you are at the bottom of the stairs your labia are like don’t do this to me i do not want to walk even to the coffee shop getting snagged in an underwear hole. and this is when you really stop and weigh the pros and cons of going all the way back up the stairs and throwing away these underwear and putting on a fresh pair but obviously this will require taking off boots and taking off shorts and taking off leggings and you’re just seriously not in the mood for all this to be happening. but you head upstairs anyway and you’re doing that teenage thing where you’re literally taking your pants up while walking up the stairs to presumably save time but we all know that this is just a manifestation of extreme impatience that always ends badly. anyway the good news: i get upstairs and realize with a short tug that these underwear are so weakened by multiple washings that they are practically falling apart to the touch and so i do what any normal person in a rush would do: i rip them to shreds so that i CAN REMOVE THESE UNDERWEAR WITHOUT HAVING TO WASTE TIME REMOVING THE REST OF MY CLOTHES and i decide that i don’t need new underwear because whatever, leggings, and i’m on the day after my period so SOD IT. then gotta take a photo of it and tell you all this story because those are the priorities of an extremely frustrated and jetlagged amanda. p.s. sorry i didn’t answer your email.