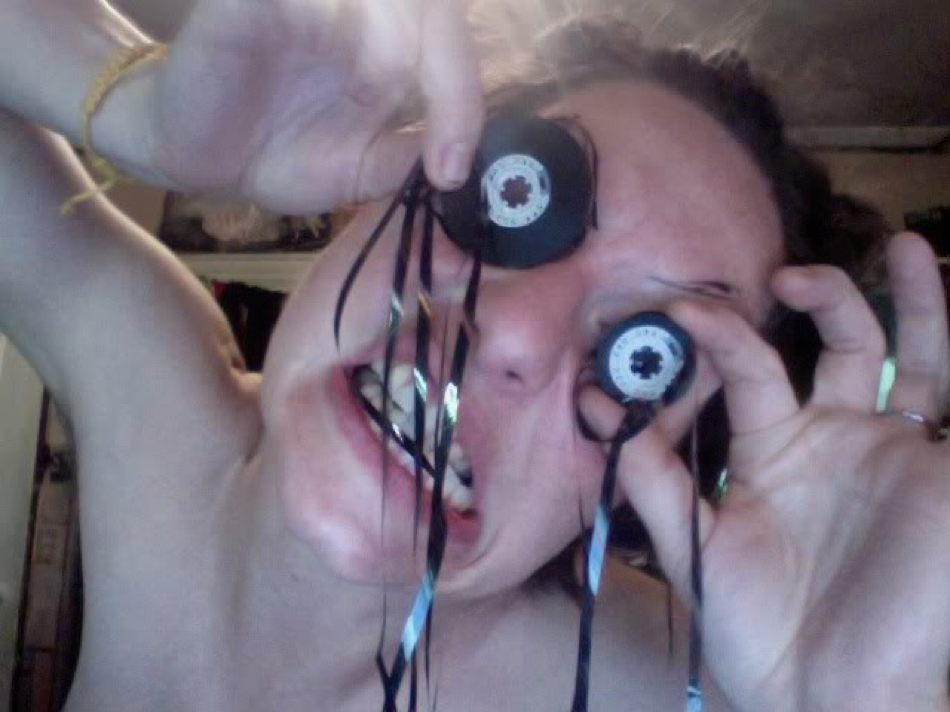 here’s a Thing to Look At:

one of my ol’ school favorite bands, they might be giants (how brilliant is “flood”? best album ever), just put up a winner for a fan-made video contest, and MAN am i jealous of their fans.
we should have a fan-off. a fan-art off. that sounds dirty.

but this is some seriously dope shit, i just love the guy who made this.
something about tighty whitey underwear always makes me smile.
(but gentlemen, if you really want to know: boxer briefs. boxer briefs. let me say it again: boxer briefs. one more time: boxer. briefs.)
and answers to some of your songwriting questions….since i barely got a chance to get to them today during the seminar.
the seminar was wonderful, i know a lot of you tuned into the webcast (and if you didn’t, you can watch the archived clip, HERE). there were almost 1,000 kids, and they asked some really fantastic (and some totally unintelligible) things….
and we got treated to some great young talent…kids playing songs they’d written just days before, it was really fucking refreshing.
i hope berklee doesn’t ban me for life for comparing unwritten songs to dead babies in closets and taking the metaphor way too far.

i, as usual, planned nothing and winged it, but i think i did ok.

the best part of the day was actually NOT captured on the webcast….it was after i signed for about 50+ kids, and a few straggling songwriters had to balls to ask me if i would listen to their songs since they hadn’t gotten a chance during the seminar. so i asked berklee to let us squat there, and we did a mini campfire ninja-gig on the stage after everybody left, and the talent and bravery of these kids was staggering. i wish i’d saved their names, but chances are you’ll see them out there in the great rock cesspool of love.

i wonder what it feels like. to be 16 right now, and want to make it as a songwriter. and your landscape is youtube, twitter, rebecca black, lady gaga….and the strange, true music you’re exposed to comes over the waves of the internet, from blogs…not from the bottom of a remainders case at a used record shop, or a fanzine, or a boyfriend who fucks up your life but makes you the most fabulous mixtapes. i wonder. i wonder if these guys have playlists saved from the boys who broke their hearts in eighth grade. i fucking hope they do. bring back the mix tape.

and speaking of, i’ve been cleaning….and i found an old mixtape that was full of senior year music: the spin doctors, the doors, cream, pixies, jimi hendrix….good lord, i was a stoner.
the tape snapped, and i had to perform surgery on it and case it in a new house, which involved unspooling an old cassette full of shubert sonatas. 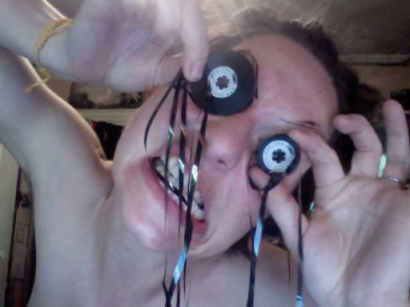 note: i have been fixing everybody’s grammar when it’s unbearable.
i do this on twitter too, when i retweet people.

i consider it a public service.

arianna marie asked:
when you’re writing a song and your getting into it, writing down real genuine raw thoughts, ideas,  feelings and things that have happened to you, do you ever stop and wonder if your sharing too much? or do you feel the opposite and feel that you have to put everything out there?  2) is there such a thing as sharing too much when your creating a song??

there was a girl today who sang a song called, i think, “both places at the same time.”
i couldn’t make out a lot of the lyrics in the verse, but it was a beautiful, longing sentiment….wishing and yearning to be in two places at once. everybody knows this feeling.

we chatted after, and i asked her about what inspired the song. she talked shyly about how she’d been accepted to a prestigious soccer camp (or equivalent) but had chosen to come to berklee summer school instead.

i’m glad i did not have that detail.

if you know what i mean.

but it doesn’t mean the emotion isn’t real, and hugely valid….that detail would have just trivialized, narrowed, and killed the bigness of the song.

so sometimes it’s best to keep it vague and relatable.
sometimes your deep feelings about the death of your cat can turn into a deep song on the nature of mortality, keeping the cat out of the picture.
or maybe it’s the saddest most specific song about a dead cat we’ll ever hear.

as i spoke about on the webcast, i keep this leonard cohen quote taped up next to my piano: 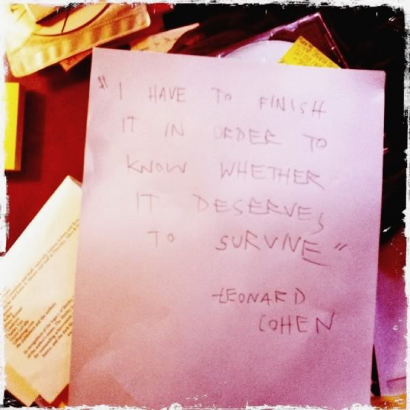 really depends what you’re going for.

David asked:
How soon in the writing of a song can you usually tell if it’s going to be a hit (or a dud), and how can you tell? I remember an anecdote you’ve told  about when you only had the riff of Astronaut, and were told by a friend “That’s going to be a hit.”

it’s funny. that wasn’t quite what they said. it was conrad, from trail of dead, and all he heard was the BAMBAMBAMBAMBAMBAMBAMBAMBAMBAMBAMBAMBAM intro riff and he looked up and asked: “is that yours” and i said yes, and he said: “that’s going to be a good one, isn’t it.” i think conrad abhors the idea of “the hit” as much as i do, we indie types use it purely ironically. plus, what’s a hit nowadays? “friday”? exactly.

but a good song…i can tell pretty fast. i can tell when an idea is a great-song idea, and then when i get the tune in my head, i can tell that there’s great potential, and then if i nail my ass to a chair and write the thing, i can tell immediately if the thing is working and flowing, or not.

i’ve had a brilliant idea for a ukulele song that occurred to me months ago. i have a draft going, but i cannot seem to make it sounds as good as it sounds in my head, so i keep abandoning it.
that’s how many songs die….they don’t live up to their head-potential, so they get drowned in the lake.

but i can tell immediately when a song is just WORKING. and those songs, the ones that come fast and good and right without huge effort, those are always the best ones.

esmertina asks:
So many of your lyrics are profoundly meaningful for people, just look at the number of AFP lyric tattoos.  Do you ever struggle to come up with a tattoo-worthy line, or do you find that those are the ones that just come to you?  If you applied the “tattoo test” as you were writing, as a way to evaluate whether a lyric was “there” or not … would this inspire or paralyze you?

this is that moment where i point out that once you make a thing, it’s not yours anymore. so if someone wants to get a lyrics i’ve written tastefully tattooed to their arm in small italic font or scrawled across their ass in giant balloon letters, there’s fuck all i can do about it except be flattered (and in the case of balloon-ass person, possibly slightly sympathetic).

so no, i never think: “OMG, what a perfect tattoo this lyric will be!!!!” – that’s just totally backwards. that’s like thinking: “oh my god, when i go to the bakery with the amazing magical cake, i’m going to get SUCH amazing pictures to show my facebook friends of me eating the magical cake!!!”

although i do sometimes wonder if that’s what society has come to.

but no. i don’t write for tattoos.

angi asked:
Can you write a song anywhere or do you have a specific space for that where you need to be alone with your thoughts?

you know, i used to think i had to be at home to write, until i realized i was full of shit. it’s still easier for me, but nowadays, i can write anywhere i can get access to a piano and total privacy.
the total privacy is key. i can’t handle the phone, or people knocking, or immediate shit to do when i’m writing, it keeps my brain in the land of the mundane.

i effectively manage my own career, with help from a ton of people who need me around all the time, and the balance of doing songwriter VS boss is a pretty ugly one.
so my space is really about buying myself time away from emails and phone calls, regardless of where the physical writing is happening.
A Marieclaires asked:
I would also like to know how right or wrong it is to subconsciously pick up melodies from other song writers, even if it’s from the classical era or maybe something you heard on tv that day. As an artist this has always been something that bothers me.

HA. the truth remains: “talent borrows, genius steals”. honestly, everything IS stolen and appropriated. EVERYTHING. from back to mozart to gaga to madonna, it’s all a continuum.
theft is WAY better when you don’t know you’re doing it, though.

it was a year after i wrote “the jeep song” (on the dresden dolls’ first record) that i realized i stole (not borrowed, not slightly cribbed: STOLE) the opening melody straight out of a sebadoh song.
i’d had no idea. i was REALLY EMBARRASSED.
go listen: http://youtu.be/TRnmcqQgMWQ
you’ll hear the rip-off in about 6 seconds.

but you know who cared?
nobody.

not even lou barlow, when i told him. he thought it was nice.

so, yeah, no worries.
everything is stolen….ish.
if you can make a good song with frankensteined pieces from 6 other songs, go for it. i don’t care. as long as your song is its own new entity, with something new to reflect out of the mashed-up ashes.

oh and one more thing. morrissey did a dick thing. he banned one of his biggest fans from a show after the fan traveled 5,000 miles to see him, because he hated the guy’s fansite.
i imagine it MAY have been more complicated than that….but it might not have. oh, morrissey. http://www.guardian.co.uk/music/musicblog/2011/jul/14/morrissey-fans

i promise, if you make a fan site i hate, i’ll send you traffic and cheesecake.

NEIL & AMANDA TAKE QUESTIONS FROM TWITTER about “AN EVENING WITH”

neil & i answer “evening with” questions on reddit (warning: contains all sorts of things)