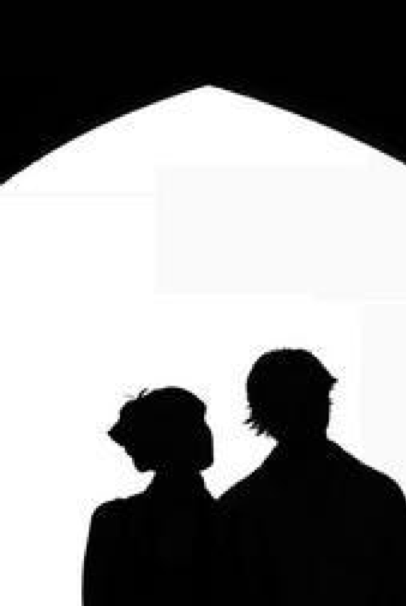 i’ve been holed up in a studio in adelaide and working working working 14-15 hour days on new recordings.
the other day i decided to randomly webcast for a while, and did my first-ever on-webcast vocal takes.
if you follow my twitter feed chances are good i’ll do it again.

most importantly, i’m doing a SUPER-SPECIAL-TASTIC little event IN the recording studio on FRIDAY at 7 pm for those of you in adelaide.
for details about how to attend, go HERE.
there are only about 30 spaces, and whoever comes will be immortalized forever and always on my new material (yes, i will probably make you sing).

AND we’ll try to webcast the show. i’ll pass my mac around.

camping out in melbourne, australia, at the gorgeous victorian home of some of Neil’s wonderful writer friends. fuck hotels. i swear…he sends me to the most incredible people. it’s like i’ve inherited magical guest status in the Best Homes of the Planet.

i’ve posted before about the Clutes in london (that’s where i stay when i’m there) and the Nicholls/Coney faction is sort of the Clutean Oz counterpart…Peter Nicholls and John Clute worked for a long time together on the Science Fiction Encyclopedia, and his wife, Clare Coney, is a legendary editor.

through the strange, quiet chaos of the last week or so, we’ve been sharing coffees, teas, foods and wines throughout the day and night, while clare pays cooking hostess extraordinaire, but the air here has been food for my soul. oh to live in a house instead of on a couch, in a hotel or a chaotic mess of an apartment. meal times. i’d forgotten about those.

we walked the dogs. the university is thinking of putting a nasty bridge over the public park. clare is taking action.

the eucalyptus trees smell when you pinch and crush the leaves. the lavender, which grows outside of the house, has matching butterflies that land in it, they’re gray on the outside and purple on the inside.

there is a cat with me, named duca, and she pushes her face into my head in the morning when she’s hungry.

there is a little patch of cell phone reception on the lawn where i sit wrapped in a blanket over my head at night because there are mosquitos and i talk to neil back in america and i tell him what i see around me and tell him that i miss him and that the bed feels empty without him (and it does).

the mosquitos bite my feet. i itch them in the morning while i’m doing yoga.

i eat plums and bread.

clare spotted a rare australian stick bug. it climbed on back. 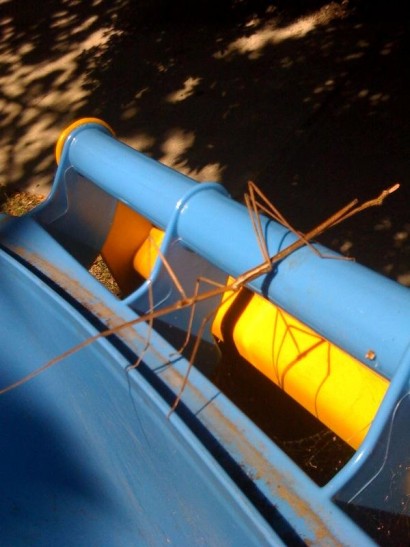 peter has parkinsons disease and has since the 90s.
the medication makes him a perpetual motion machine.
he is one of the most open-hearted and charming fellows i’ve ever met.
i sit on the front porch with him while he smokes cigars.

we have the same socks.

clare is a miracle of generosity and intellect. she shoos me out of the kitchen when i try to help.
i try to do dishes when she’s not looking.
their two kids – the ones i got to actually know, jack and luke – are fairly awesome (some of you may have met luke at the butterfly club gig: he was the cute tall one wearing the t-shirt that said “nobody knows i’m a lesbian”).

i stumbled (stumbled? well, neil delivered me) into the perfect household of the moment. there’s a little granny flat in the garden where i’ve been holed away, equipped with a loaner-keyboard care of one of my wonderful melbourne comrades mr. lyndon, whose younger brother sang a capella to me in a cab the other night. if he plays his cards right, he’ll be huge. i need to remember his fucking name now. he astounded me.

mornings and dinners spent shooting the shit about life, sex, controversy, health, mind, body and pretty much everything else under the sun….this is what the doctor fucking ordered.
i really like being adopted.

everywhere there are books and books and this house is like my dear old house (it was built not too far away in time) and so it’s like being a transplant into an alternate universe.

even the doorknobs match. i listen to them.

i’ve been conducting my days business and phone interviews in the dining room, which is incredibly fancy and silky with old old china and molding and paintings.
there are two paintings on either side of the fireplace.

they never look at each other.

i played tennis.
with my taxi driver who i started talking to.
his name is aaron.
he beat me 6-love both sets.
now my arm hurts. 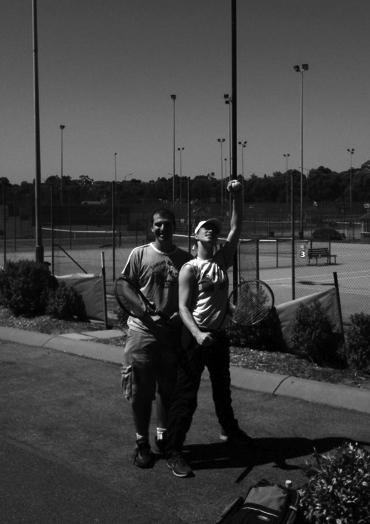 the day after i arrived, clare threw an over-the-top brunch and invited a bunch of exciting people…felix riebl from cat empire showed up and we talked music and recording…a notorious ozzie poet spilled wine on his trousers and walked around all afternoon in a sarong while claire washed his pants. steven mitchell wright, my long lost danger ensemble comrade, showed up as a surprise from brisbane on his way to the adelaide fringe, lyndon chester, my beloved violinist from tour last year, showed up, and the inimitable tom dickins picked me up from the airport (he’s finally named his band: the jane austen argument. they opened up for me at the forum show and SLAYED, as did mikelangelo).

if you happen to be in adelaide for the fringe right now, by the way, GO SEE THEM/THESE SHOWS:
(bookings HERE: www.adelaidefringe.com.au/) 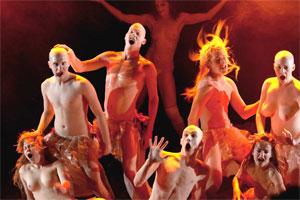 if you’d been wondering what steven & many of the members of the ensemble have been up to since they toured with me, this is IT.
they developed parts of this show when they were in boston with me. GO, go, go. 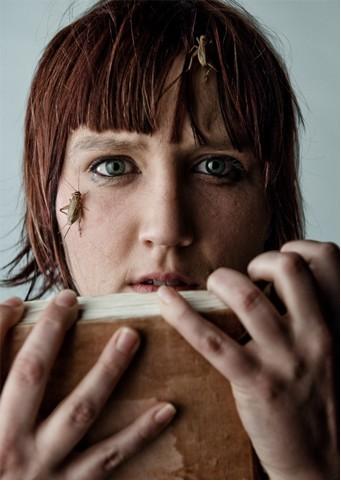 the one that started it all; this is steven mitchell wrights old company and this show featured one of hi
s pieces.
it’s mindblowing theater. mark hill from the danger ensemble is in this show, kiss his bald head for me if you see him.

3.tom dickins and jen kingwell as…..
THE JANE AUSTEN argument 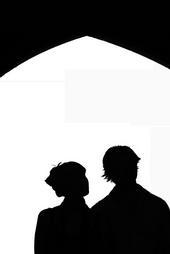 they opened up for me the other night at the forum and they sold out of CDs and people loved them.
they sing heartbreaking and bitter love songs and use a piano and their voices.

the day of the brunch was, i realized only vaguely, valentine’s day.
the point was driven home quite clearly when i was escorted from the lawn into the living room, told to sit in a chair, and treated to a tit-tastic burlesque dance by two volunteer suicide girls from melbourne known as “Peggy Sue” and “Mad Dame” who had been magically arranged SOMEHOW by Neil Gaiman as a surprise valentine’s gift. they brought flowers.

here are the girls, and steven, and lyndon. the possible comments regarding food, books, australian pavlova and sexual orientation are endless: 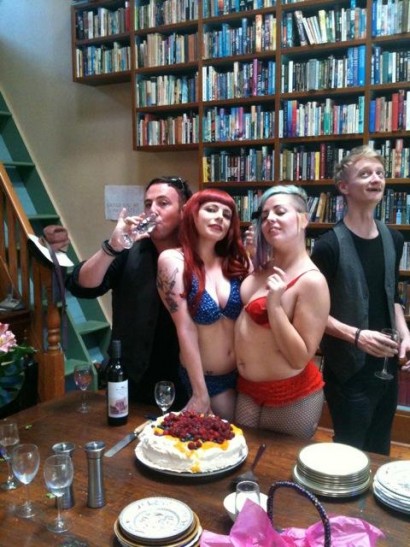 the assembled guests all sat and watched awkwardly as they ka-boomed me with their hottt burlesque skillz.

i then decided to turn the tables, and steven agreed to choreograph them quickly to a david bowie song while i located neil on skype. we then propped my two-dimensional lover up on an end table while everyone in the room, much less awkwardly this time, watched him grinning like a idiot while the girls performed what may have been the world’s first Web Video Valentine’s Day Revenge Burlesque Performance, complete with Steven Mitchell Wright off-camera shouting “and ONE and TWO and DOWN TO THE FLOOR and GRAB THE TITS and THREE and FOUR and GO FOR THE CHAMPAGNE and ONE and TWO” over the living room stereo blasting “ziggy stardust” (or was is “suffragate” city? now i can’t remember). it was a lovely brunch.

speaking of which, the marmite/vegemite wars have come to a successful conclusion via twitter.
the upshoot…. 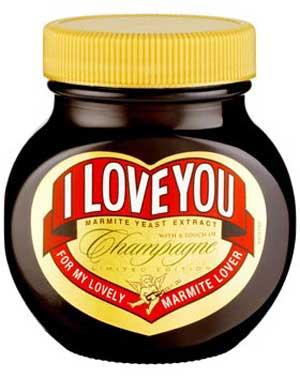 ….and neil has agreed to play tambourine on one of my new songs

(and somewhere in here, i’ve been getting ready to go into the studio to record up to 20 songs.)

p.s. if you haven’t seen the new OKGO video, my god….watch it:

dear musicians, industry & everybody: THIS is what a kickstarter house party looks like.