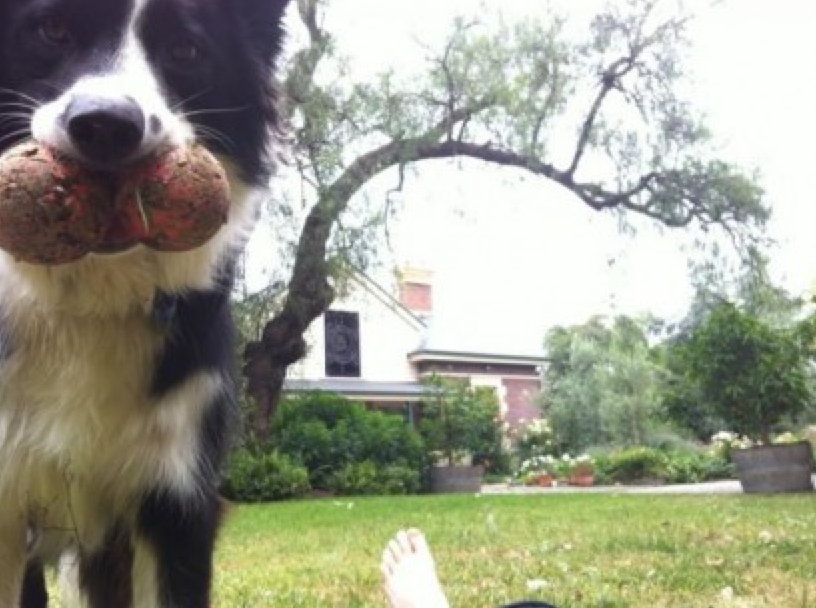 January 09, 2011
recovering from The Jetlagz in the company of peter nicholls and clare coney, my adopted melbourne rents.
i’ve been hiding in their beautiful suburban victorian melbourne house, bonding with the dogs and cats and the fruit bats which fly directly over the house every night at twilight. i eat all my meals en famille with peter and clare, and their sons jack and luke (25 and 21 respectively) when they come around, and i soak up the familyness. jack’s girlfriend lucy came over for dinner the other night and told the story of the italian mafioso sending a crony to her bookshop demanding that she wrap a bottle of $800 cognac (in a box “shaped like a footie”) in their bookshop giftwrap. she said no. then the waiter came over and begged, and she took pity on him. clare and peter tell me stories and i tell them stories and then peter has a cigar and i have coffee and we all go to bed.
here is a picture of the melbourne fruit bats, which i didn’t take.
but this is what they look like.
clare says that even though they’re not vampire bats, they get used in every vampire movie, because they look big and impressive. 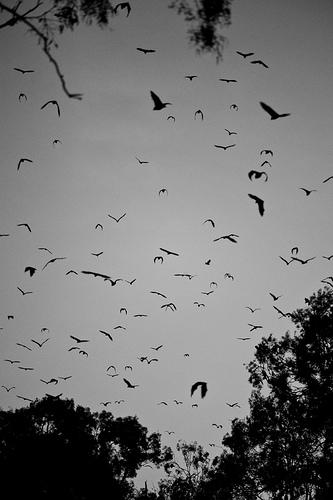 via flickr
we went in the backyard spa yesterday. peter went in naked, clare and i wore bathers (as they say over here), and luke was too embarrassed. he HAD just shaved his legs, and i told him that there was no better way to herald in a newly set of shaved legs than IN THE SPA with a rock star, but he flatly refused.clare doesn’t shave her legs. neither does peter. and i don’t. but jack does. and luke does. he came asking clare for advice about how to prevent shaved-leg razorburn and itchiness. she responded: you’ll have to ask your brother.
i love this house.
luke and i have a date tonight to watch short bus….which i’ve shamefully never seen. luke says it’s his favorite movie.
i’d imagined spending these past few days wandering around fitzroy and shopping and catching up in cafes up and down brunswick street…instead i’ve been holed up for three days straight, experimenting with eating vegemite sandwiches. i feel like it’s my duty to try to like the shit.
i have been experimenting with putting EXTREMELY thin, almost invisible layers of vegemite on toast with other things that taste better immediately surrounding it.
i feel like the evil mother in flowers in the attic trying to arsenic myself to death.
yesterday i made a vegemite toast with lots of butter and a tomato. today i’m going to try avocado. i think it might be working. shall update.
i am a flexible individual.
here is the nicholls/coney front hall, where i’ve been working amongst the comfort of a million books: 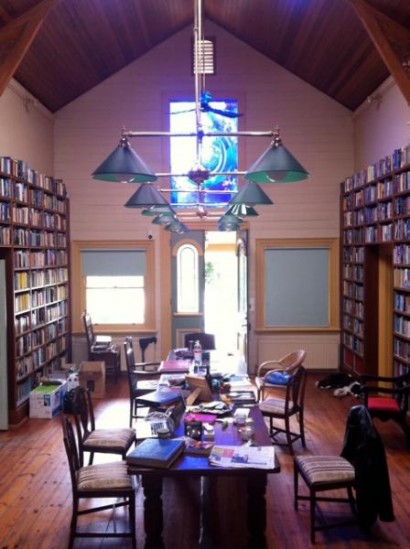 and this is me in the front yard with toby the dog, who is a jock and a border collie, and can fetch three balls at once: 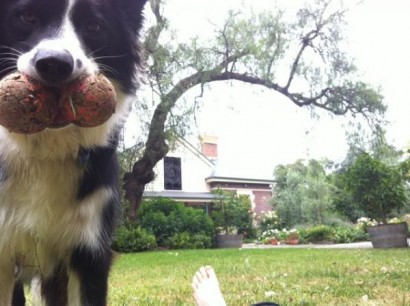 here he’s only got two, because we couldn’t find the third.
he’s a smart dog. clare informed me that border collies can learn over 1,000 words and command. that’s more than many people.
i’ve also spent the last few days putting together a real-ass wedding blog, with the whole story and lots of pictures.
it’s occurred to me that i’ve spent far more time now working on the blog (probably by a factor of 5) than i did in the actual pre-planning of the wedding, which probably took a total of 45 minutes if you stack everything up.
what this says about me, i do not know.
on to business.
if you’re IN AUSTRALIA: the new record “amanda palmer goes down under” is READY FOR PRE-ORDER!!!!!! 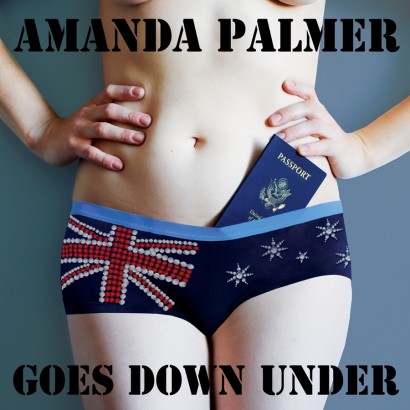 you can get it from JB hi-fi, signed by MOI, here: http://bit.ly/AFPjbhifi
go get it. it’s fucking awesome. and the artwork is gorgeous.
if you’re planning on buying a BUNDLE (we’ll be unveiling very soon), DON’T WORRY,
you’ll have all sorts of options (including an import pressing of the album on CD). plus we’re gonna put a download from bandcamp in your handsies any time you buy something from us. if you just want the straight-up aussie pressing of the CD though, order it.
meanwhile, i’m about to FLAME THROUGH MELBOURNE LIKE A ROCK AND ROLL COMET…..
if you’re in MELBOURNE TODAY, i’m going to be showing up quick-like-a-bunny in FEDERATION SQUARE. that’s HERE, if you’re not familiar. it looks like so: 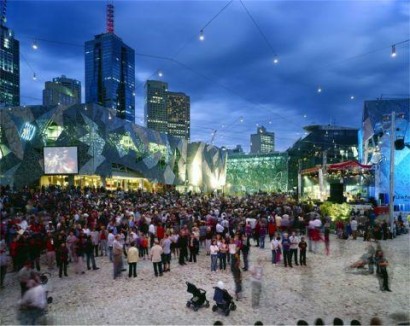 photo from here
….i’m going with my friends tom and jen from the local band The Jane Austen Argument (they also appear on my record – see “bad wine and lemon cake” when you get it, it’s awesome). we’re hitting the square as part of a showcase of the adelaide fringe to the people of melbourne. should be there at around 5:45.and a reminder, again, if you’re not on twitter following me - hell, even if you’re not following me – you’re missing everything.
if you’re in MELBOURNE on tuesday (the 11th), i’m also going to be hanging out….tom and jen booked a last-minute gig at the brunswick hotel to raise money to get their asses to tasmania to hang with me during the MONA FOMA festival, and hopefully get some ninja action going on down there. and it JUST SO HAPPENS that our good friend KIM BOEKBINDER is in melbourne. so she’s going to play too. and i MIGHT be coerced onto stage.  that whole thing is THIS TUESDAY, at the brunswick hotel (HERE in brunswick), at 8 pm. donation $5 and up.
get there early to get in, the place is TEENY TINY and it’ll fill up fast.
more you ask? melbourne, i will give to you endlessly.
i’m also going to be showing up to drink and probably dance and possibly SING at a gig on WEDNESDAY (the 12th) at the northcote social club with my friends in ORKESTRA DEL SOL and mikelangelo. if you’ve never seen orkestra del sol, YOU MUST YOU MUST.
it’s the party at the end of the world. come dance.
doors are at 7:30 and tickets are $20 in advance, $25 at the door if there are any left, which i wouldn’t count on, they tend to sell out fast.
more soon.
love,
AFMGP.
Back to Blog
« Previous Post
Next Post »