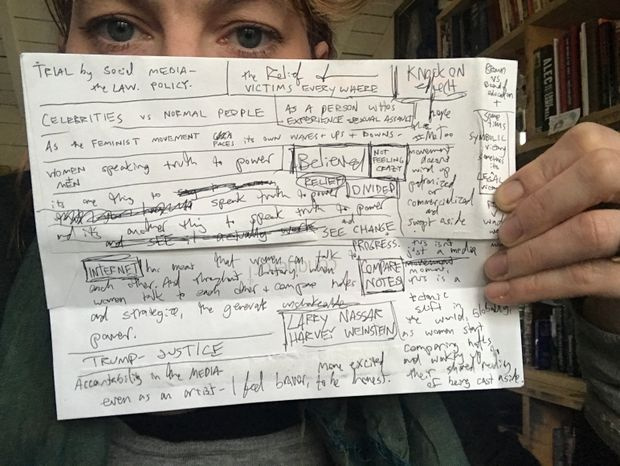 i am running around like a maniac today but in the midst of packing and practicing and getting ready to leave for a benefit in new york and a tour of the UK and saying goodbye to ash because i won’t see him for three days i got a call from BBC’s ”newsnight” – one of the biggest nightly news shows in the UK – asking if i would skype into the show and say a few words about the bill cosby verdict. these were the ones that i scribbled down while waiting to talk to the anchor.

i just finished the interview on air and it was short and sweet. i am so emotional right now, i figured i’d post.

if the clip goes online i’ll share it with y’all in the state of Allthings.

i bet you woke up today thinking “i wanna see graphs!”