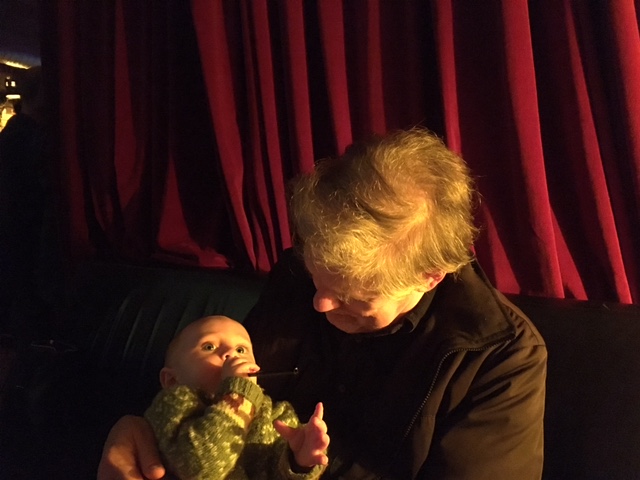 epic brain-emptying, and headed to the UK tomorrow….

yesterday was supposed to be packing-and-catching-up day, and then i got food poisoning or some kind of atrocious stomach bug, so i lay on my back in bed snorfling and feeling sorry for myself and not getting any of my work done and neil gaiman, international bestselling author, took his night off work to help with the baby and to make me rice and banana concoctions that i could not eat. i’m a lucky lady.

there is a TON of shit on my plate right now…all of it good, but i feel overwhelmed by the allness of it. i thought it might help if i came here to empty my brain. i am giving myself permission to just unleash and unload on you, and maybe i’ll type all this shit out and then delete it but at least i will have emptied my brian.

1. jherek and i made a secret thing in a studio in a new york over a week ago. jherek is on TOUR…so mixing is slow, but expect it soon. it’s pretty wonderful. if you’re in PROVIDENCE, RI he’s playing at the awesome columbus theatre tonight – GO! that place is rad, as you know if you saw me there with PWR BTTM. he’s also hitting the west coast this summer. jherek is phenomenal live. go go go. dates.

the photo you see is my dad holding the little man at jherek’s show in kingston, NY, the other night.

the baby, that is.

and my dad. he was here to rehearse for tour, and the songs are sounding killer, i am so excited to play this stuff live on stage. i am so so happy that my dad and i made music for real. it healed a little rift int he universe. i’ll talk more about it when the album drops.

2. speaking of music that heals the universal rift….i love this song by light asylum so much i cannot even. it’s basically like Yaz (Yazoo for your brits) came back from the dead and gave me a hug.

if you’re a groover of my particular vintage and you grew up drinking the sonic kool-aid of early cure, yaz, depeche mode, etc….you will die of glee. listen and love.

3. i am confusing myself constantly about what should be surprises and what should be announced beforehand here on patreon. it’s so fucking fun to surprise you. it’s also so fucking fun to go “i made a thing!! it’s going to be out in a year!!” because then i don’t feel lazy and you know i’m working on things. i have a kind of puritan work ethic that i am constantly working on defeating. every month that this patreon doesn’t collapse and i feel trusted and stuff makes me feel better about just WORKING. but it’s hard. that’s all. i know i wrote the art of asking, but i still feel this driving insecurity, like i’m getting away with something that i shouldn’t be. it’s probably why i wrote the book. anyway.

4. my team is growing and changing, and it’s GREAT. superkate DID find a new new york office (and thank you to everyone who had suggestions. and….her wonderful cat, izzy, is sick – send good cat vibes). i’ve brought on a fantastic new manager, scott booker, who’s been working with the flaming lips for 30 years and who i’ve known for a while. he’s FANTASTIC and we’re spending a lot of time getting to know each other. bill h is working hard on internet stuff. alex is too, and i’m about to connect with him over in the UK about what we can do to help get my archive into order, and i’m hoping (fingers crossed) to break ground on a new website. it’s time, the old one isn’t reflecting the current patron-based state of things. i’ll post about that separately, i want you guys to help.

5. i’m starting a new record in my head. it’s a concept, but also not. it’s going to be amazing. i’m going to record it, i think, in september.

6. there iz so many baby things. i’m surrounded by blankets and toys and mobiles and wonderful things that people gave us when ash was born. but i have been  traveling around with him and mostly i can only bring one blanket and a toy and a book in my shoddy backpack. i feel the baby does not need more than that. at this point in time, because, like, he’s a baby. but i also feel like i am psychically carrying around the 269 things i could not fit in the backpack. this is the life of a traveler who is constantly watching the gifts of life bestowed, always. it’s really weird when the rules you’ve created for yourself start to intersect with a baby. the art of asking, again. my place in the circle? currently: lots of mercy on myself and constant recognition that i am so fucking lucky to have the rare problem of too many baby blankets when most people in the world would kill for such problems. trying to figure out how to share the bounty of my/our life seems to be the order of the day, and i don’t see this as a problem…i see it as a puzzle. i’d like to replace “problem” in a lot of places in our life with “puzzle”. because, dude, when your problem is how to figure out what studio to make your record in or which room of your gigantic house your husband should sign the 3,000 copies of his book in THESE AREN’T REALLY PROBLEMS, they’re PUZZLES. problems are like when the whole house burns down and you gotta figure out where to sleep that night. that’s a problem. maybe that isn’t even a problem, because we have so many friends. maybe the real problem is when your house burns down and you have no friends and not place to stay. but even then, it’s a puzzle, and looking at it as a puzzle and not a problem is usually the kind of energy that creates a roof over your head when somebody notices you are stranded by the side of the road with a burning house. wait. MAYBE THERE ARE NO PROBLEMS.

7. i’m about to get on a plane (tomorrow) to fly to the UK (via north caroline for wonderful maddy gaiman’s college graduation….wahhhh?? in my head she’s still 13 with braces) with anthony-and-ash-for-short and mister neil. i’ll be breaking ground, for the second time, on my album with edward. if you were on the patreon a year ago (in june), you’ll remember that i cancelled the recording because i had to fly home to be with anthony-the-elder when he died. (i posted a blog.) SO. this is take two of the edward & amanda record…a project i’ve been fantasizing about for 7 or 8 years now. edward and i are going to write for a few weeks, then record in the middle of june. i have no idea what it’s going to sound like, but i know it’ll come out as a physical thing AND a patreon thing, like the dad record. release date: unknown. excitement level: high.

to summarize…there’s a bunch of stuff coming up:

june 3rd – KOKO with my dad (this is selling fast)

july 29 – me & jherek do Bowie at THE PROMS! (THIS IS SOLD OUT but there are murmurings of a 2nd night)

THE DRESDEN DOLLS! with PWR BTTM….

come or regret it for life:

(both of these are heading towards sold out but the venues are massive, 5,000+ capacity!)

all these tickets at http://amandapalmer.net/shows/

**secret hint….for those of you in/coming to the NY/boston area…there *may* be a last-minnit announced warm-up show on the 24th. no promises and no location set….but if you’re booking flights, i’m just saying. probably closer to upstate NY than anywhere else

9. THE DAD RECORD….is going to be onsale (pre-order) to the public on monday. i’ll poke you guys to share the info. the PATRON-ONLY SIGNED PICTURE VINYL (limited to 500) is almost gone, there’s like 30 copies left. go git it…patron-only link.

The Epic TED Blog, part one: It Takes a Village to Write a TED Talk.