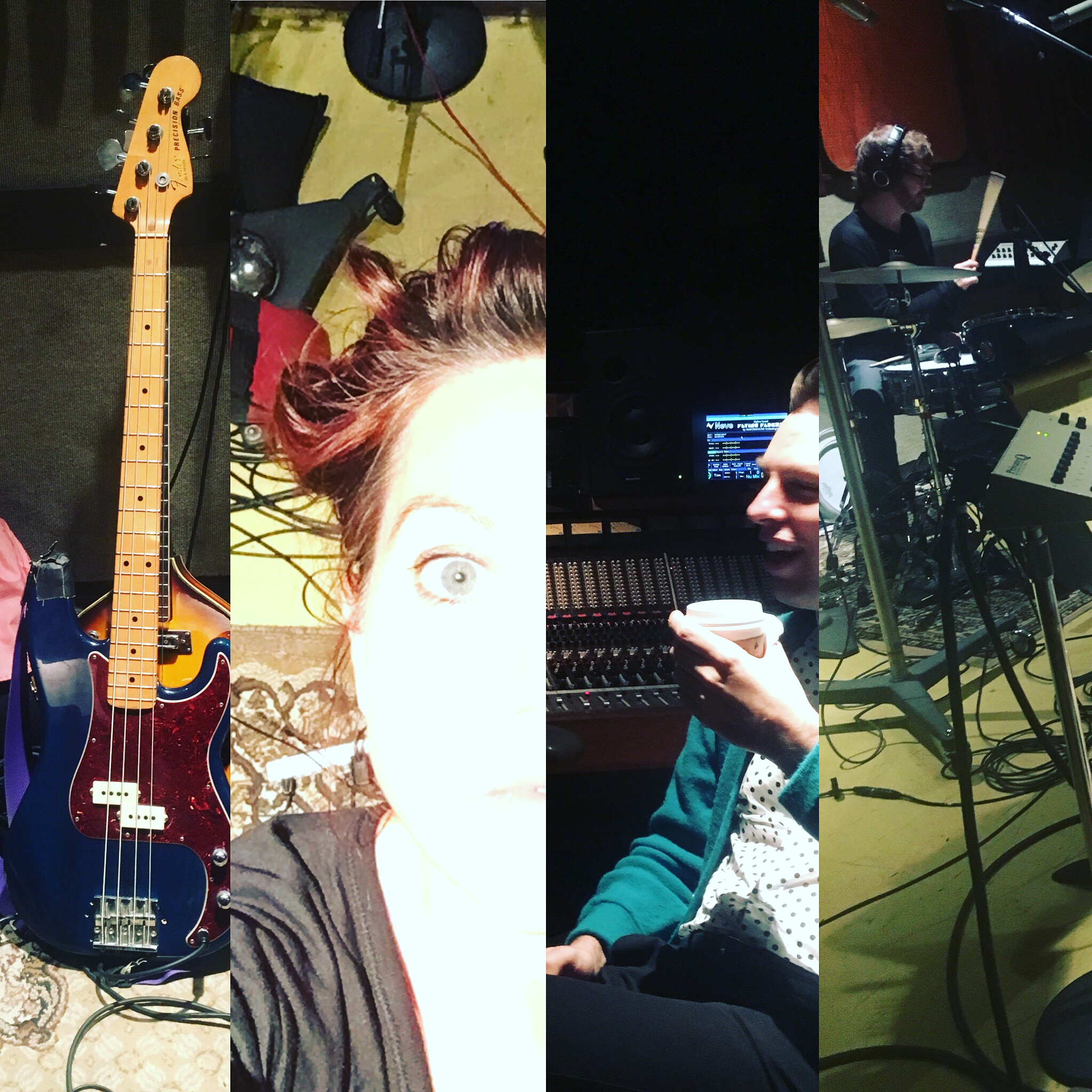 first of all, WELCOME to a bunch of new patrons. there’s a few hundred new people here from the past few days, HELLO PEOPLE. this is where it is nice on the internet.

so, i was talking to superkate (my assistant, who’s been with me for five years) the other day, talking to her about itching to get back into the studio, you know, just for a little thing, just a small recording, though this was meant to be offtime, errrrr, and i could hear her smirking lovingly over the phone and telling me that she was surprised i lasted that long.

honestly, i did notice i was getting increasingly more depressed and i did notice that as soon as i texted with jherek about fuck-it-let’s-do-a-project-while-we’re-in-the-same-town, my mood lifted considerably. work was instant crack. so there’s that. i already knew that about me and i thought maybe me would change once i had a baby but i supposed i am just now me with a baby.

i have a whole collection of unrecorded songs, i always do, but this one was written so recently (two months ago, i think?) that its still rattling around in my mind, and it sounded like it needed a band. it didn’t work so much as a solo piano song. everything else on the song board doesn’t feel pressing. this song does. it’s called “machete” and it’s about anthony. the other anthony. i wrote it on the eve of his memorial as an ass-kicking to myself. i wanted to prove i could do it, could write a song with a baby in my arms, literally (well, he was wrapped). i did it. so there’s that.

sometimes i need a challenge.

right around the time jherek and i decided to try to do this song (it was christmas, and we aimed for right after new years), i texted ben folds and found out he was in town. he’s a drummer! he can play the piano. but fuck that. i needed a drummer. he said he’d do it. he also knew a guitarist named ryan. jehrek had a few string players in mind. my wonderful old sound engineer jaron lives in town and has a home studio where we could record strings and vocals. a session was born.

i posted a picture of my departure from the house this morning:

(note: patreon is still working hard on getting the blog to accept multiple photos. hold tight)

childcare was essential because i didn’t want to be away from the beaner for more than an hour or so at a time, so we needed people at hand. help came care of mayumi( jherek’s awesome girlfriend),  ben’s daughter gracie folds, neil (the father of the child), my aunt sonia, and a girl i met in hermosa beach at the fish counter of von’s named michelle who is a british professional volleyball player. for serious.

and now i’m back to loving my life, because i’m only capable of fully loving my life when my life involves things like the last paragraph.

time was, in the old days, that songs were written and then taken on the road, tested, rehearsed, tweaked, grown, evolved, and weeks, months or sometimes even years later put onto record (and then months or years more before the recordings were heard by humans.) this song, when i put it out, will represent the shortest turnaround time of any song i’ve written. it’s like farm to table music. it doesn’t have time to get cold. it’s punk rock. it’s piano-y and drummy and bass-y and guitar-y and the strings will be fucking beautiful.

i managed to cut it from 7.5 minutes to nearly six. it’s still long. who cares. some songs are long. machetes are long.

i’m not even sure if the song is good. we did basic tracks today while mayumi and gracie looked after the kid…ben, ryan and jherek learned the tune, we worked on different arrangements, we discussed different possible parts, we juggled, we talked about where the strings might help, we rehearsed, we took a breat for burritos, we rehearsed, i breastfed, we rehearsed, i breastfed, we took a break, and then we recorded for 4 hours. i lost my voice. i need it back by tomorrow. please light a candle.

we hired allan amato, LA-area photographer, to come film some of the process doc-style so you guys can peek into the world of song-making. he got a ton of great footage, but he didn’t get this shot, the money shot, at 10 pm when the studio was closing up…..neil wins the prize for best babysitter:

the kid was an absolute champ. he cried when he was hungry, but mostly hung out in the green room of the recording studio sleeping and going aroooo to the nice people trying to keep him entertained while i banged on a piano.

tomorrow: vocals!!! and strings!!! i’ll send a missive. if my voice is still trashed from today’s session i’ll add an extra day of recording.

mixing comes next. then mastering. the song should be totally cooked by february.

p.s. the studio we recorded in today was called eastwest, and we had the studio

9there were 3) where the mamas and the papas recorded “california dreaming” and the beach boys recorded pet sounds (WHAT?). and on top of that, in the other two studios were john legend and michael bublé. bublé breastfeeding jokes were hard to resist. he was known as “boobs” to everyone in our camp throughout the day. sadly we never met him.

back in the saddle.