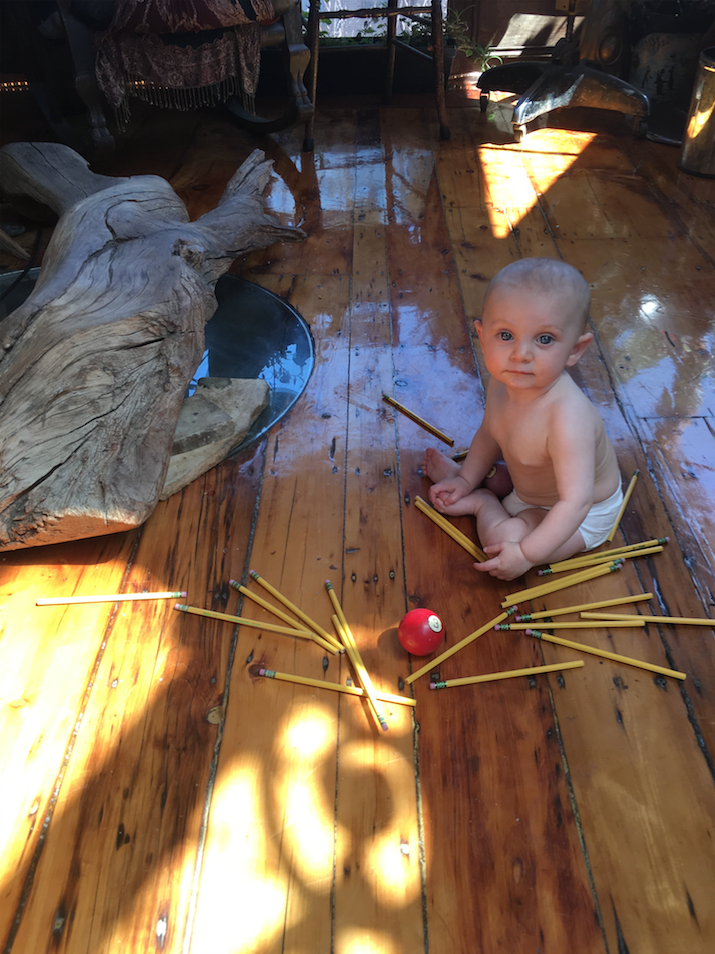 …not this Anthony, the small one.

the other Anthony, the dead one.

if you missed it, my best friend anthony died in June. of cancer. I named my baby after him. he’s anthony, and ash for short.

big Anthony’s birthday is April 16 and I once engraved a birthday present for him and fucked up the date and put April 15th instead – I never fucked it up after that.

I can hear him saying “you clown! THE DAY *AFTER* TAX DAY.”

so I am alone in boston…celebrating today by doing the things I love, like having coffee and soup at my favorite cafe….

I’ve been dealing with his dying a lot better than I thought I would, but I feel like having a new baby is a secret weapon against grief.

it is so hard to feel anything too deeply right now, because babies make you shallowly busy, they put a teflon on your heart in favor of immediate action – and that includes sadness-teflon.

I usually never remember the words.

but this mornings song went

but we’re not dead

not you and I

THE BABY LOVED THIS SONG

and I love you.

p.s. the dresden dolls tickets for boston and nyc are FLYING. I hope you all got yours. reminder link… smarturl.it/DD2016

what i want for my birthday. really.