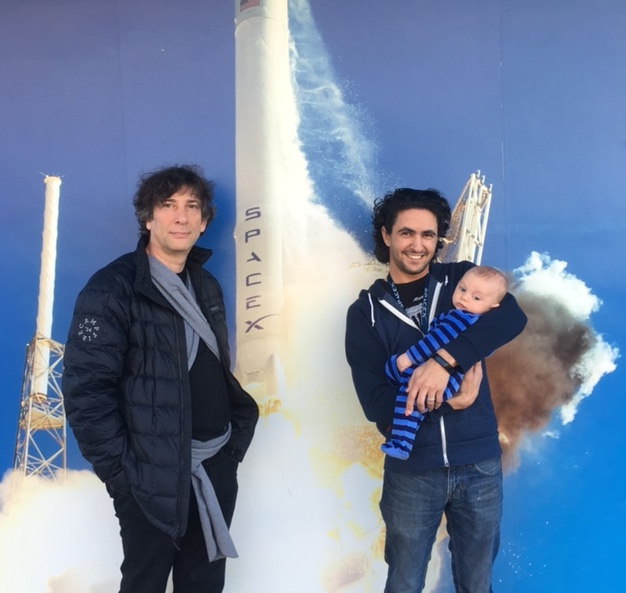 it’s an in-betweeny-time, and i thought i’d take this moment to catch you up on a few of my doings and feelings and beings.

to begin with: neil and i just went out to breakfast with baby anthony-ash-for-short, and in the cafe there was a woman and a man sitting in the corner and the man had an eyepatch and a very sad face and they sat there for almost forty minutes not exchanging a single word. he had tea; she had eggs. i just had to tell someone that because it was eating away at me.

there’s been a few things eating away at me, and i’ve been trying to notice the eating. there are things we just have no control over (like people dying and all that) and yet we chew and chew these things over in our mind. what could have i done differently? i’ve been beating myself up for the past week because i lost a gig – which doesn’t happen very often. it was a huge gig with a giant institution that i’ve been looking forward to and loosely planning for over a year and a half and then – poof – it went away.

i’ve been doing a few podcasts and interviews lately, and i always find myself spewing forth on whatever it is that i need to hear. and right now i need the reminder that the path just keeps path-ing, that not all shit pans out, and that (if my experience continues in the way it always has), shit drops out of your way to make room for bigger, better shit. so basically shut the fuck up and don’t complain and keep your eyes open for what is going to manifest in the new space, because like it or not…it’s coming.

there’s also this (applicable to ALL RELATIONSHIPS EVERYWHERE): do not chase those who do not want you.

if they do not want you, move on. trying to stick a square peg into a round hole or a wet noodle into a locked shaft…or…whatever…just believe me here. not worth it. right amanda? right. okay.

this picture that you see (see?? of neil? and the baby? and a guy? and a rocket?) is one i’ve been waiting to post until i got some downtime, which is now.

dave willenberg is a patron here, and he sent a message through the wires when he saw that i was in hermosa beach in december. he told me that he worked at spacex (yes, that spacex! elon musk spacex! where THE ROCKETS ARE BUILT SPACEX!!!) and would we perhaps like a tour? fuck YESEX!!! we were all over that shit, and after two or three scheduling wangles, dave met us at the front gate of spacex and SHOWED US WHERE THEY MAKE THE ROCKETS. where they paint the rockets! where they gather and watch the rocket launches! the spacex 3D printer! THE SPACEX CAFETERIA!!!! it was awesome. dave – thank you…for your patronage, and for reaching out and offering. we had a blast (badoom ching).

while we’re at it…it did make me wish i had my own ongoing podcast, because i would have loved to put dave on the spot and interview him properly about his spacex job. i need to get on that. on my list of things to do with patreon energy and funds this year: podcast….and spend more time talking to you guys and gathering your stories. there are so many good ones.

which leads me to: leela cosgrove, who’s also a patron here and who asked if i would do her podcast, the eight percent. we had a fantastic chat about everything from ke$ha to the definition of success and work and time and labels….listen here.

if you’re a patron, you’ll probably find it even more enjoyable:

someone hipped me to this pro german photographer, martin gommel, on twitter.

he just started a patreon to gather stories and photos of refugees in europe, and i think it’s a fantastic use of patreon. people power giving money directly to a photographer who’s doing real, honest, important, heartbreaking work. i just backed him and brought a few dozen people in….you want to support him….here:

right now he’s got about 35 patrons.

the new song, “machete”, is COMING, in about a week!i’m really, really proud of it. it’s the first large-production original AFP song i’ve put out here, and that means a lot….we got a little distracted there what with the bowie and the mother song and all that.

the team has been working hard on getting it ready, and we have a great behind-the-scenes video of the recording studio to go along with it, and and and…the image we made for the song is SO BEAUTIFUL that we decided to also print posters, and make them limited and available to patrons-only first. watch for that. it looks like its going to be premiered on stereogum (the way bowie was premiered on pitchfork, which i think REALLY helped get it some reach into the real world).

everything is looking good for the city winery bowie-warm-up webcast!!! we found some great partners in new york to film and cast and everybody seemed to be down with the idea. more on that…but mark your webcast calendars: MARCH 29th from about 8-10, and i’ll make sure we do a little before or after-show chat and stuff. and we’ll use huzza (i think, since you guys were loving it).

that’s all for now.

WAIT NO.  IF YOU ARE AMERICAN!!!!: today, both parties will hold primaries in Louisiana and caucuses in Kansas. republicans will hold caucuses in Maine and Kentucky. and Democrats will have caucuses in Nebraska.

all the info for caucusing is here on the bernie site even if you’re not feelin the bern, just use the state info to FIND YOUR SPOT! it’s not too late!!

you know me. hillary’s fine compared to trump. however: polls are showing that bernie is the better candidate to win against trump. i’ll just shut my mouth now. GO VOTE. pleeeeease.

und, if trump wins, let’s start a discussion to get our own island-state going somewhere in the carribean. we will live on fruit and locally forraged herbs. EVERYTHING WILL BE OKAY I PROMISE.

ok i love you.