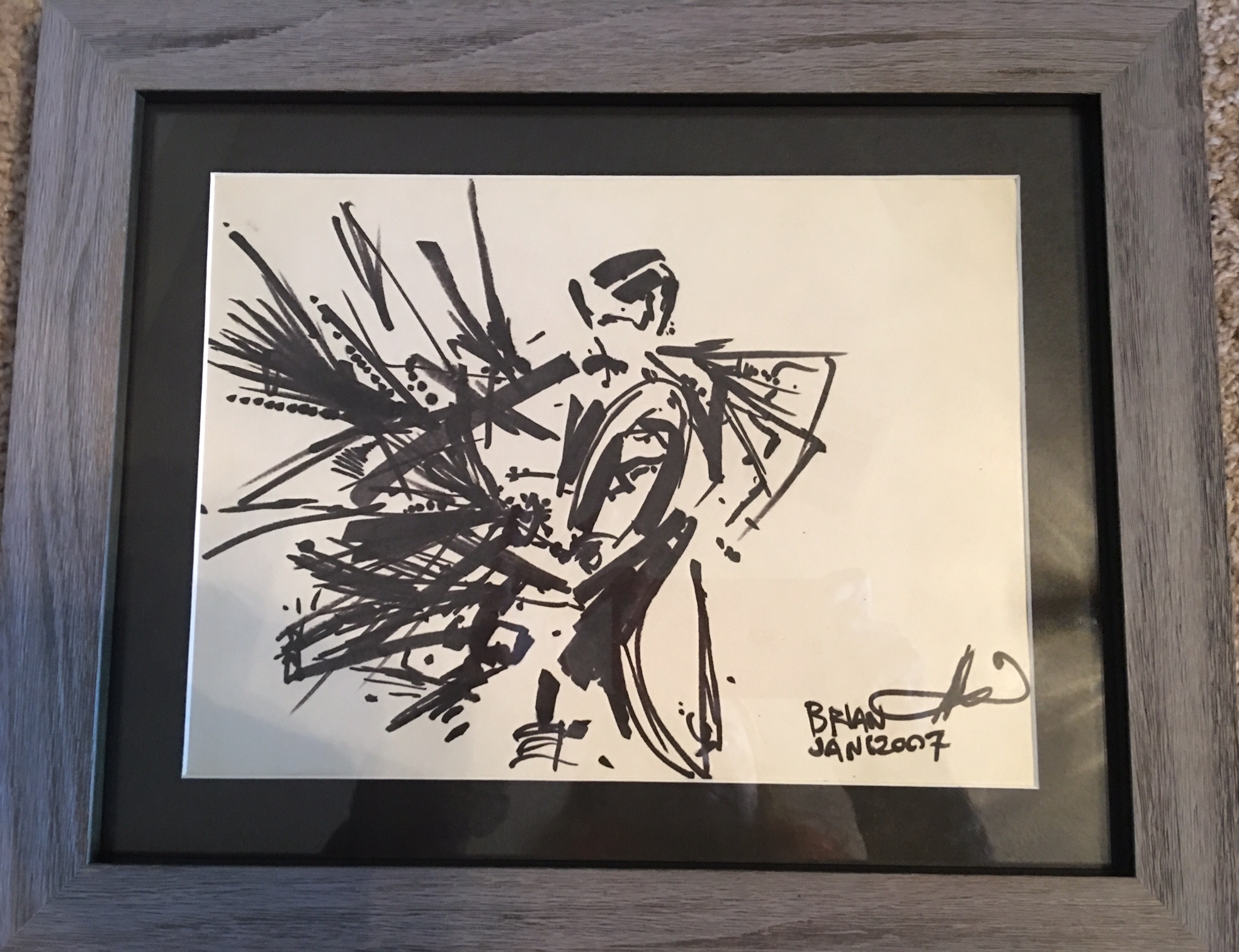 make of that what you will.

this came to me today via text, from bill h, it’s a drawing i made during the tumultuous days of The Onion Cellar at the american repertory theater. it was 2007, right after the dresden dolls released and toured “yes, virginia”, and i was stuck.
the show was supposed to have been a workshop brain-collision based on a concept script i’d written and it went totally off the tracks because i had massive differences and battles with the director. long story. (actually, i tried to explain it here in my blog, using a parable about cake: http://dresdendollsdiary.blogspot)

one of the things i did to sort of make life tolerable during the 42 (FORTY TWO) performances of the show-that-i-didnt-really-love-that-we-had-to-perform-in-anyway was that i drew. every night i took a sketchbook to my piano and i drew things that were going on around me, on stage. it wasn’t part of the script, but i did it anyway, because i was bored. i drew every actor in the show and at the end of the run i gave them all drawings as gifts. i must have given this one to bill when he came to see the show. i don’t remember.

i dont remember anything lately.

so this is a drawing i did of brian, the dresden dolls drummer, my comrade, who was also ready to kill me out of frustration during those 42 shows. i liked trying to draw him PLAYING….movement and all. like duchamp.

i’ve been in my apartment in boston all day, going through things.

make of that what you will.

AND….i know you patrons all get emails via patreon. if that’s enough for you, wunderbar. this is backstage. if you want to join the general email list, i suggest you do.

i’m going to be posting once a week…if all goes well. i think i may use it to finally kick off (after so much waylay) “ask amanda”, new format in which the email will lead to the blog for comments. i keep waiting for the right time to start that.

i could post that stuff straight to patreon BUT…i’ve thought about this a lot. i know it’s a pain in the ass to be on two receiving-email lists but i didn’t want to paywall people out of my general blogs/emails – it seems unfair to allow only patrons to be able to comment/be involved in the community. i don’t want people to have to pay for information. and MOSTLY i’m sick of facebook being where i take my links and thoughts and writings. i won’t stop over there, but i’m going to try to drive more traffic to my email list. it’s time. facebook is fucking all the musicians and artists i know. we are mostly in agreement that the only way to stop the stranglehold is to take control of our email lists again.

ok i love you

back to feeding a baby.

p.s. if youre getting this via email, as usual click through to comment on the site. i’m reading.