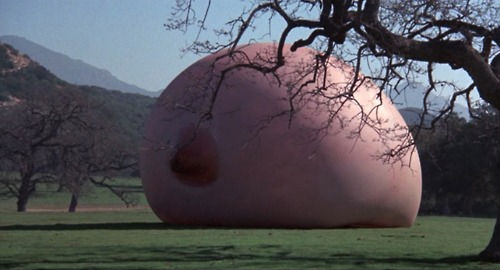 holiday time and the headspin of oncoming time-mud traffic means that netflix beckons.

i thought of brian. if you’ve seen the film, you know why.

why bother with artistic perfection and is it right or wrong to trick and terrorize someone into achieving greatness.

because absolutely everything in my environment, of course, is fogging up the window of my fucking past.

everyone keeps saying that i’ll come back art-swinging, but right now i’m seriously just, like, covered in milk and waiting for the milk-dust to settle.

so…might has well put on some miles or whatever and accept the great quantum musician that is me currently ripping the roof off the village vanguard, wet cigarette dangling from my lips as i whip my kimono from side to side and get people whispering that i’m the bastard child of mae west and thelonious monk.

i was the jazz student who hated practicing. i mean i REALLY hated practicing, so i just didn’t. i was in a jazz improv group for three or four years of high school (a little known fact, but it did teach me chords, all those sevenths and ninths and the framework for Mandy Goes to Med School didn’t come from nowhere).

i was never one of the good kids. i accepted my own jazz improv mediocrity, sat in amazed envy of the kids who sat at home listening to charlie parker records and ACTUALLY PRACTICING their instruments. i treated my instrument at home – that piano – as more of a punching bag than a musical device. i didn’t want to practice other peoples music and i didn’t want to learn theory, I JUST WANTED TO ROCK. then as now, i figured a few chords was enough to get started. most songs by the cure didn’t have more than five chords. i know, because i figured out all the chords to the music i loved.

but i definitely carried the cape of shame around with me…into college, where i decided to fail at being a classical player instead of a jazz player.

it did take me until only recently…maybe it was mid-thirties…to accept that i never was going to sit my ass down and be a virtuoso. i looked back at the 10,000 hours that i spent and realized that i just didn’t WANT to spend those 10,000 hours at the piano. if i’d wanted to, i would have. and i didn’t. i spent my 10,000 on learning about people instead.

i spent my 10,000 hours taking walks with my walkman on pretending that my mixtapes were the soundtrack to the movie of my life, the strains of robyn hitchcock matching perfectly with the wet dark leaves on the fall ground as i clove-smoked on my way to and from school, my 10,000 hours were the train rides to chase boys across continents, the time spent sleeping in teepees built by german hippies and spent walking to and from the coffee shop to the high school with anthony over a span of a good twenty years before he died, talking about the problems of the human spirit. my 10,000 hour were spent throwing parties that were worth going to, spent learning how to cheat a copy machine key so i could make band flyers for free, my 10,000 hours were spent in the passenger seat of a van watching the american and european countryside whiz by just to play a 30 minute set of songs for a festival of mud. with words in my head, spinning together, suggesting combinations. never letting a good phrase go by without trying to match it to a melody in the back of my head.

my 10,000 hours were spent living so that i could write basic 4-chord songs that meant something.

which is to say, i’m a poet who had a play an instrument to get my poetry heard.

i didn’t want to speak though music, i wanted to use music as a launching pad for words and ideas.

this is why the dresden dolls were so genius. brian was the opposite.

i remember being in the tour van once, and i asked brian:

what is your absolute favorite song of all time?

and he named it…it was a nirvana song, i think.

and i said: what is it about?

and he said: what do you mean?

and i said: what are the lyrics?

and he said: i’m not sure i’ve ever listened to them.

….and there you have the genius drummer.

which is fair, because if he were to ask me what the drum part to, say, my favorite song from jesus christ superstar is, i’d be like I HAVE NO IDEA.

which just goes to show. everyone hears something different.

i have no idea what this baby is hearing.

i was a little worried, i gotta say, watching this movie with such an aggro yelling dude as the antagonist. i really don’t want him to get the wrong idea about Earth.

he’s clocked a healthy percentage of his 10,000 hours of boob-sucking.

i mean, once he’s weaned, he will already have clocked his 10,000, which means he can just skip school and formal education (i’m wary anyway) and just go get a job as a pro, virtuoso boob-sucker. and i could score a gig as a wet-nurse.

which reminds me to tell you about my new idea for an app.

FIRST, we have to normalise breastfeeding, so wet-nurses actually come back into style. and once we get everyone breastfeeding constantly and in need of friends who can take over the job when you hop off to work:

it’s über for breastfeeding. you just tap your screen and a map of your area appears, with little boobs dotted around your neighborhood, looking for work. when you tap GO, the nearest boob just chugs towards you, squishing away across that little pac-man screen like that massive boob in the woody allen movie. (shown above).

one of my fav thelonious songs: https://www.youtube.com/watch?v=a.. (i once transcribed the solo by ear and played it with the jazz improv cats, my greatest achievement, it was bitchin)

in the dark department, i’m still there.

i’m digging out. this is helping.

p.s. not edited as usual.

p.p.s. did you miss my random blogs with no coherent point? i did