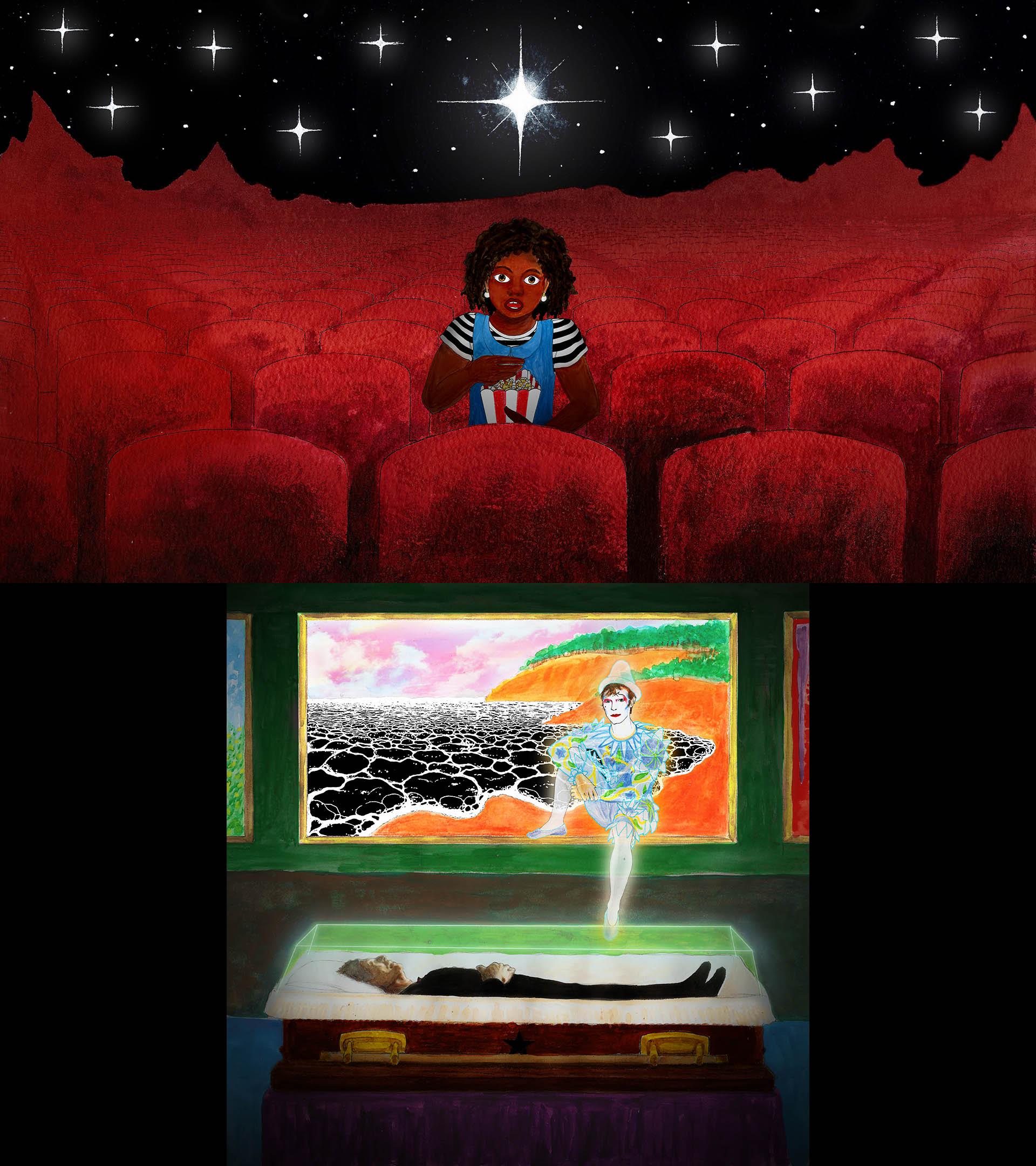 hello dears. again…lots of new people have joined in the past few days.
greetings from jason’s houseboat in seattle. we’re doing our everett animal shelter show tomorrow and we’ve come up with an animal song medley…don’t ask.

there. if you’re coming, just hang out before/after the show…i’ll be

flitting around with a baby in my arms.

i’ve flown cassandra long (yes..the “blackstar” artist, who’s also my housemate and good friend and owner of a fish named Everything) out to seattle to be the

baby-wingman, she’s going to be coming with me up to vancouver while i attend TED for the week. it’s my first time spending a whole stretch of four days not full-time mothering, and i wanted someone really close to me to keep watch over the little man. so you’ll see her, and she’ll also be with me at the vancouver show.

yesterday jason and i challenged ourselves to write eleven songs.

four of our own, and three together.

we wound up writing three. he wrote one, i wrote one, and we finished “the butt song”. which i gotta say is pretty good. the song i wrote is in that vein of long, confessional, almost stream-of-consiousness blog-in-song-forms songs.

days refining and recording it, just because we’re here and jason has a

WE CAN, because patreon.

so….prepare yourselves. i might hit you with a long soulful blog-in-song form with accordion and back-up baby.

i am trying not to take it for granted. i am trying to be really deeply grateful that you 7,000+ folks are here and i can do this….

i feel like it’s not a coincidence that the patreon and the baby came at the same time.

if you ask around, i have a pretty bad habit of leaving things unfinished, of making things and getting ideas and leaving them half-cooked because things get too convoluted and complicated.

right now the patreon is fueling me to create and, more importantly, FINISH

THINGS without thinking too hard, which is the only way i can get

anything done now with motherhood-brain.

the possibility of making NOW and releasing TOMORROW is keeping me from dipping into the funk that usually keeps things mentally shelved, if that makes sense.

the artists in the house can probably relate to this: usually i get a song or start a song and don’t finish it because the mountain ahead of the song…the actions i have to go through to release the damn thing….just looks too steep from the bottom. i’m inspired by immediacy, i’m drawn to instant gratification. i don’t think that’s too strange.

and i don’t think this is a bad thing.maybe it’s not the best way of always making music, all kinds of music, forever…but for now, it’s what i need.

i can’t think a year ahead. i can’t really think five months ahead. i’m finding it hard to think five days ahead.

but knowing i can make and purge right now is about the best gift i could imagine given my general proclivities and the baby on my hip. so here we go….as lou reed said (in this fantastic song from “new york” https://www.youtube.com/watch?v=lPkVt7U0Gvs …it’s the beginning of a great adventure*.

i was really pleased that felix got involved in this one, because he’s a fan and a patreon and i’ve never met him. he’s from spain, pamplona to be exact, where the famous bullfights take place. though people are, according to felix, trying to save the bulls.

he’s had a bowie icon as his twitter avatar forever…and when i started work on the secret bowie EP, i noticed on his twitter bio that he was an artist himself. so i reached out and invited him to make something…having no idea what he would create. i like trusting people like that. i think his stuff came out beautifully

and balanced out all the super-close-up other stuff really nicely….thank you felix. i

hope we get to meet someday, and that no bulls get killed when we do.

we stitched the artwork together (thanks superkate) since patreon still only allows one image posts (grumble, and asking all the time)….

the top image is for “life on mars” and the bottom one is “ashes to ashes”.

you can see all the artwork in grand glorious hi-res on the project page:

ok….here’s felix in his own words.

I woke up, saw my friend was still asleep, and quietly browsed my phone. Once I knew, I slowly got up and made myself breakfast, and watched everybody on my Twitter feed, especially the artists, mourn the loss. I didn’t want to tell my friend, but I was so glad that I would be the one to break the news once he woke up.

When I was 15, I took the bus to high school with an mp3 player. Along with the Dresden Dolls songs and movie soundtracks and whatnot, there was the

Ziggy Stardust album. I don’t even remember how I got into it, but that music was

on loop through nine months of drawing classes.

Bowie released 28 studio albums throughout his career. In all the years since high school, I have managed to listen to about twelve of them, and only properly know my way around eight or nine. Like the best music, it refuses to immediately lodge itself in your brain. It just doesn’t fit. It’s oblique, you need to look at it and figure out the angles. It requires your attention, and then it stretches you from the inside, like a growing fetus. You’re never quite the same afterwards.

See, Bowie’s entire life was a powerful act of magic: by the time his body left us, his spirit had managed to possess all of us who welcomed it. As long as his work lives, the spell will never be broken, instead only finding more hearts and minds where the Bowie will be housed.

Since the morning he died, every time I’ve tried to make music or conceive an image, he’s in there somewhere, his hand on my shoulder, whispering in my ear that I can strive for more, that I mustn’t lose sight of ant potential for the interesting, beautiful, extraordinary.

Bowie won’t be releasing anything new

anymore. So now we’re all a little more responsible, we all have to try a little bit harder.

I find that exciting.

a little me to fill up with my thoughts

a way of saying life is not a loss

keep him from the poison of the crowd

But then again pristine isolation might not be the best idea

it’s not good trying to immortalize yourself

Why stop at one, I might have ten, a regular TV brood

I’d breed a little liberal army in the wood

Just like these redneck lunatics I see at the local bar

with their tribe of mutant inbred piglets with cloven hooves

I’d teach ‘em how to plant a bomb, start a fire, play guitar

and if they catch a hunter, shoot him in the nuts

as long as I don’t have to try too much

that’s a lot of names to try not to forget

I hope this baby thing don’t go too far

I hope it’s true what my wife said to me, hey

She says, “Baby, it’s the beginning of a great adventure”

“Babe, beginning of a great adventure”

and keep me company when I’m a wizened toothless clod

Some gibbering old fool sitting all alone drooling on his shirt

some senile old fart playing in the dirt

something better than rage, pain, anger and hurt

She says, “Lou, it’s the beginning of a great adventure”

She says, “babe, how you call your lover boy”

“Sylvia, quite you call your lover man”

…pps Felix got this post and pointed out that we already met once in bristol…so…MAY WE MEET YET AGAIN.