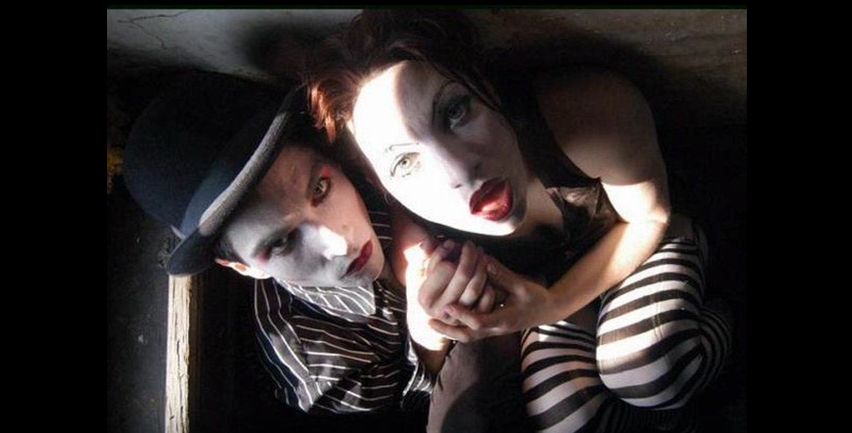 it’s a late-night blog…i have a feeling this will be a new ritual, as i grab a spare scrap of time after the man and child have fallen asleep side by side and i’m still up and insomniacal and waiting for little ash to do his small but persistent “achh! ecchh! accch!!!!” baby-dinosaur croak at around 5 am which means he’s hungry. and off to feed him i go. i am the one-woman death star cantina. i feed the boobhunter. i could kill you with a thought.

a facebook link doesn’t sit  well in patreon’s blogging system with image and all, but brian, my soul-brother drummer of the dresden dolls, posted this wonderful tidbit, and i know not all of you (thank christ) are on facebook. it’s a message from brian plus a link to a long-forgotten cover we did of “life on mars” at the very dawn of the dresden dolls, at some teeny nightclub in (i think) new hampshire…when we were just finding ourselves, our voices, our band.

“What words can you possibly say to adequately describe the feeling of loss of such a soul who inspired so many of us and gave so much of himself to his work and music. We love you, David Bowie. When The Dresden Dolls opened for Nine Inch Nails at the Hammerstein Ballroom on May 15th and 16th in 2005, the last thing on my mind as I was trotting up the backstage stairs to get to my dressing room, trying not to trip in the dark, was to look up at the top and see 5 pairs of shoes gathered on the landing, one of those pairs of shoes attached to the legs of David Bowie, as I realized looking up and nearly falling backward down the stairs in shock. But I smiled and said good evening to everyone that I had just accidentally interrupted, and I have to tell you, making contact with such a pair of eyes as his is something that I will never forget. There was a complete sense of calm and kindness about him in that moment. He looked you right in the eye. People chuckled warmly as they realized I crashed their private conversation accidentally and I fumbled a bit to say a quick thank you, and that we’d had a great time playing. I just felt fortunate to know that someone so important to us was even PRESENT in the building for perhaps a few moments, or more, while we played. Sometimes, you can only hope that ALL you would want to say, all that you would want to give thanks for to a person, can be conveyed in a brief moment of eye contact. I hope that with a small bow and a smile, with the sweat and make-up streaming down my face, in some small way, the deepest of all “thank-you”s connected. – Brian Viglione”

i met bowie that same night on the NIN tour. i don’t remember exactly where we were in the venue, but it was before the show, and there was a table, and there was david bowie all alone, and there was me, and i said hello. we only spoke for a couple minutes, but he told me he was familiar with the dresden dolls. that was all i needed to be high for like a month…he didn’t even need to tell me he LIKED the band. it was enough that he KNEW the band. aghh. and to second brian’s comment – he was totally present, genuine, there.

our rendition of “life on mars” is almost unbearable to listen to, we only played it that one time (for a compilation recording, as i remember) but i post it anyway because i give no fucks. drums, piano, vocals, heart. that;s the dresden dolls.

it’s been so astonishingly beautiful to see the amount of love and art and beautiful conversation and tributes pouring out int he past few days. i didn’t cry until i saw THIS.

and then i saw THIS and cried again….

and on and on.

neil and i spent the late-night tonight poring over the lyrics to “blackstar” and “lazarus” and “i can’t give everything away” from the new album. (more for the geeky here: “Does a 1960s Elvis song hold the key to Bowie’s Blackstar, and 5 other theories behind his mysterious farewell” http://www.telegraph.co.uk/music/..)

but….to think that he created the whole album and videos knowing it was a parting gift…instead of just hanging out in bed. to know that he made his death a work of art.

that’s classic bowie. and this is why he’s in the class he was in.

people have also been sending me one link after another about bowie’s sage comment on the internet (year ago, he predicted that streaming would abolish all semblance of what was, music would “flow freely like water and electricity”). he was such a pioneer, and his lineage was pure theater, cabaret, freak-ville.

it also reminds me of a quote someone sent me on twitter a few days ago, from the wonderful eddie izzard:

“I’m not a capitalist, I am a creativist. I want to make money so that I can create things. Suddenly all these people have come along who want to create things so they can make money.”

david bowie was a creativist. you could feel it.

i’m a creativist. i never manage to save money, i always put it right back into the art.

i did a short interview with the guardian…they rounded up peoples/artists favorite bowie songs. i chose something from the cabaret lineage….because, well, it’s true and i wanted to represent Team Theater Dork instead of Team Glam:

i’d also love to point out one oddity….it was blake that introduced me to some of the latter-day bowie. i was raised on the classics…ziggy stardust, let’s dance, all the 80s stuff. but “outside” remains one of my favorite bowie records. it’s a concept journey, but it encapsulated one entire fall for me in a way that an album captures a time. there wasnt’ one song, one single…it was the entire record. it was a world, the way bwoie made worlds. i fell into that world and still love visiting. check out the record if you havent.

we’re all just stardust, but there’s something so powerful about death to connect us, the living. that’s what i’m feeling at the moment.

when i got the news, and i hugged neil, my next thought was actually about blake, an ex of mine, who worhsipped at the bowie altar. i texted him for the first time in over a year. and i thought of chad, my guitarist, and i hadn’t texted him in ages, either. so we talked. about life, about baby. all of a sudden, at 2 am, all of these people in my life, my friends and past loves, were all up and awake and connecting with each other…the shared sorrow that illuminates our frail and fragile connection to one another and reminds us to carpe the effing diem.

bowie also hits me hard because of karl, my step-brother who died when i was 21 and he was 27. ash might have been a karl if he wasn’t an anthony-but-ash-for-short. instead, it’s one of his middle names, along with david for neil’s dead dad.

karl worshipped bowie, and that’s where my first bowie records came from; taped off karl’s collection on maxell 90-minute jobs. i distinctly remember being in the study of our house, where the TV was, and my sister alyson shouting “EVERYBODY HAS TO SHUT UP OR KARL WILL KILL YOU BECAUSE CHINA GIRL JUST CAME ON MTV, SHHHHHH”. he was a devotee, like neil. we painted our faces.

i miss karl so much. here in santa fe it’s strange… he’s around in spirit. it was here that he died, and it was here that i last saw him alive, when i came in 1996 to sit by his bed for a week when he was battling the last throes, though i didn’t know it, of lou gehrig’s disease – ALS, which had come on suddenly. he died a few months later. our family was shattered. it’s a long story. i escaped into art. i escaped into music-making.

death will keep happening to all of us. and eventually to us.

art connects us, art gives us salvation on the way out the door and as we attend the funeral. art infuses us with hope that there’s a meaning beyond plain survival. what are we surviving FOR, if we’re bothering so hard to survive?

It’s a god-awful small affair/
To the girl with the mousy hair/
But her mummy is yelling “No”/
And her daddy has told her to go….

my favorite exchange of all from bowie death night, which was good enough that i screenshotted it, was this one, with ben hopkins the singer from an up-and-coming band called PWR BTTM from new york who’ve opened for me.

we will never understand what it meant in 1978

because it can’t die

it’s the only fucking thing in the whole world

it is the glue of the soul

bowie mattered not just because the music was good but because he gave an umbrella to all the freaks who wanted to believe in the same fairy tale. he did it really well. that is the job we do. you can do it well like bowie or you can do it shittily like * name a disingenuous pop or rock star*

looking them in the eyes and saying

i love you all so much. thank you for being here, for allowing me my own umbrella. our umbrella. us. this. this umbrella.

….is there life on mars?