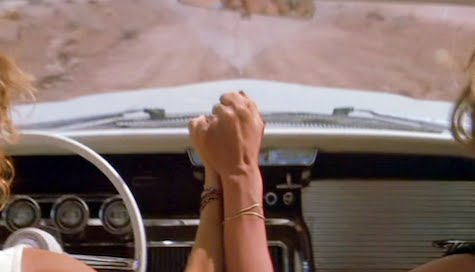 someone asked about delilah.

first off…i want to thank you guys so much for weighing in on the justin bieber/danny hillis blog. it’s amazing…i never know where those threads of conversation are going to go, and sometimes the blog astounds me by becoming a panacea for whatever is ailing my mind. it bursts my heart sometimes to see the connections that people make not with ME, but with each other (and maybe even more important, with themselves). it’s one of those moments where i fucking love the internet and what it can do. i’m going to be blogging about the book i just started working A LOT in the coming weeks, starting tomorrow or the next day. i’m going to need you, profoundly. stay tuned.

but i do really like the “ask amanda” feature on tumblr. i try and read and respond to them when i have a spare minute here or there. i started to reply to one earlier, and as it got longer i decided it’d be better to just do as a blog. and now here we are.

i actually wrote an article many years ago (for the Buddhist magazine shambhala sun – my first piece of magazine writing, actually) about the genesis of the song. you can read it here (it’s pretty short).

…but that article doesn’t go into the content of the song itself.

a lot of my songs, especially from my early-mid twenties, are written from all varieties of perspective…some are first person (“half jack“: “half underwater/i’m half my mother’s daughter”), some are third person (“dirty business“: “she’s the kind of girl who leaves out condoms on her bedroom dresser/just to make you jealous of the men she fucked before you met her”) and some are second person (“backstabber“: “but you’ve got no right to sit there saying i abuse it/when you only sleep with girls who say they like your music”).

“delilah” is a second-person song.

but like all songs i write, i’m usually sitting in every person, in every position. and this is what i love about songwriting. you can direct a lyric that’s aimed at the heart another person while simultaneously shouting at yourself in the mirror with the same words. magic.

“delilah” is me, at 17…and every friend i’ve ever had with a taste for abusive relationships. some of the images and details in the song (“i’m down at denny’s on route one/and you won’t guess what he’s done”) were pulled straight from images and moments in my teen years, while skipping around town giving subpar blow-jobs to the lexington town drug dealers (i thought i was AMAZING) (denny’s was a shitty all-night chain diner and the only place near the sad suburb of lexington, mass, open 24 hours). and some of the lyrics are pulled were straight out of my heart…unforgettable images while watching my friends in abusive relationships they can’t get out of. (“he’s gonna beat you like a pillow…”). and i really deliberately thought about and quoted that “thelma & louise” scene when writing the last few lines “you need a ride, delilah?/let’s see how fast this thing can go…”) 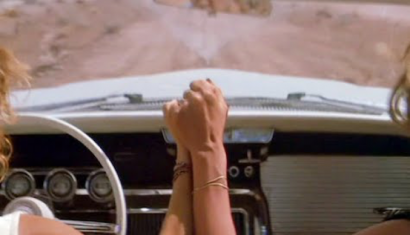 if i ever made a video for “delilah”, it would definitely involve me picking me up by the side of the road in an amazing old cadillac convertible and driving me and me off the side of a cliff while we both laughed uncontrollably. 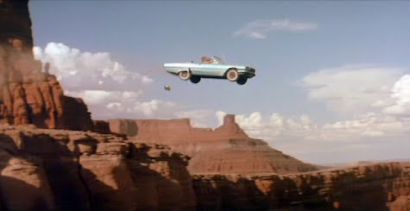 a huge part of how i escaped my own bad mental habits and stupid choices was by writing about things: most of my songs are therapeutic letters to myself, from myself…often using my friends and relationships as ricochet machines. details start out in somebody else’s life and become part of my personal history tapestry.

good artists know: everything is fodder. every detail is food. no experience – whether it’s yours or mine – is insubstantial. i wrote a blog about that exact thing back in june when neil’s book came out…about art and marriage and the blender of it all. if you didn’t read it, it’s here.

“half jack” is all me – but it’s parts of me that struggle with all the divisions in me: man/woman, mom/dad, perpetrator/victim. “dirty business” has lines inspired by a boyfriend’s ex “to all the girls at pearl” (she worked at a craft & supply store called pearl art with a bunch of other arty hipster girls who i was pretty convinced hated me) but a lot of the lines had layover. i could sit here and tell you what was “her” and what was “me” but that’d take all the fun out of it. “backstabber” was aimed straight at another ex but you really can’t write a Fuck You song without realizing you’re really aiming a lot of that anger at yourself.

as the old saying goes: when you point the finger at me, there are three fingers pointing back at yourself.

sometimes i can’t even remember anymore what’s happened to me…or did it happen to someone i know?

maybe it’s a sign i’m enlightened. we’re all one.

or maybe i’m just getting old. 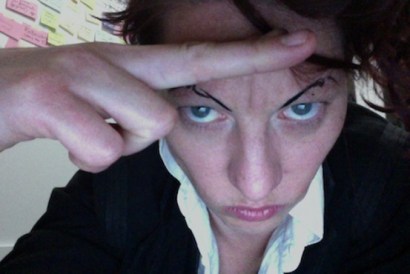 independent day (aka TODAY’S READING…and a check-in from fuck-land.)