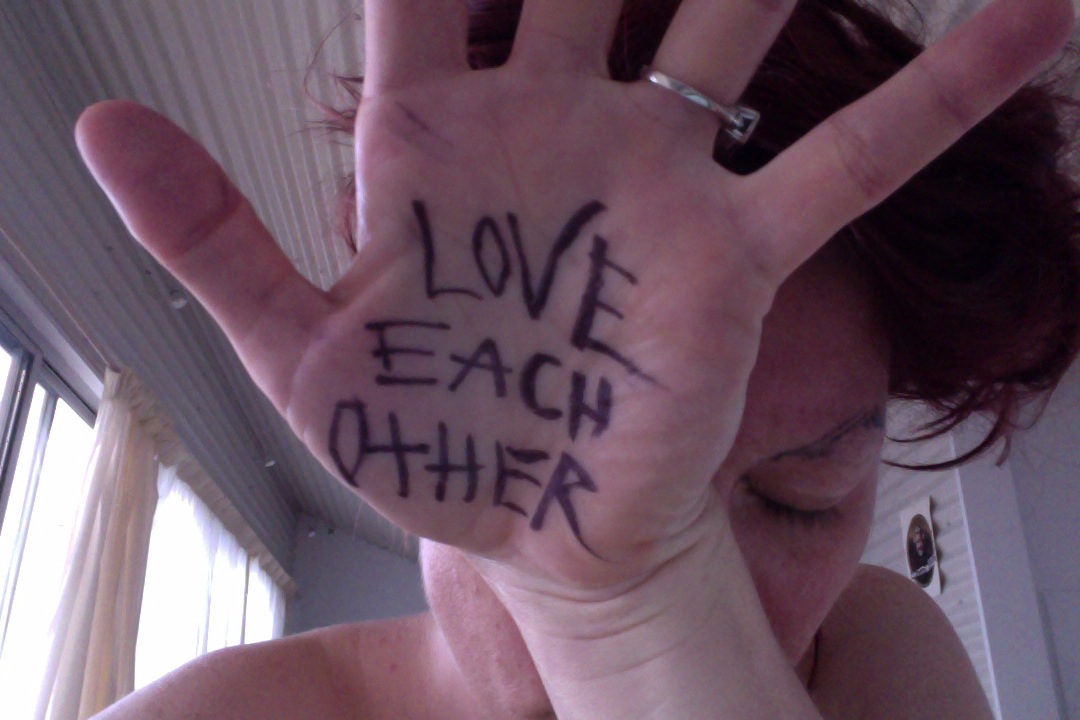 i spent a few minutes on twitter today talking about justin bieber. and wow.
i was in no way defending the dude’s actions…i mean, yeah, he’s doing some pretty stupid, self-destructive (and potentially other-people-destructive) stuff.

that wasn’t what i was addressing: i was looking at the giant pile-on of other people/celebrities: jeering, laughing, joking, and pointing fingers at the kid. i pointed out that this wasn’t actually getting us anywhere and was, in fact, part of the bigger problem in this fucked up culture.

why do so many people enjoy hating this guy so much?
because it’s easy? fun? because it’s standard?

but that’s not what i’m talking about. i’m talking about the backlash, the second layer, in which the world gets to play the arrogant dick right back.
i read an article which compiled the tweets of 20 different celebrities all ripping justin bieber a new one as everybody else guffawed and joined in.
that’s just so fucking sad. i think people are too afraid to imagine what it must be like to BE this kid: a gazillionaire at 19, out of control, with little sense of consequence or reality. “oh poor him and his gazillions”, you say sarcastically. i say: yeah. actually…yeah. poor him and his gazillions. because guess what? the last time i checked, money doesn’t buy FUCK ALL in the happiness and balance department. in fact, it’s likely, at that age, to fuck you the fuck up.

it strikes me as bizarre that nobody is connecting the dots here: in this age where everybody is freaking out about “bully” culture and wondering why the hell kids are so mean to each other in real life and on the internet, causing ripples of causalities, self-hate, and self-harm…can nobody see that if the world’s teenagers are watching their celebrities and role models TEARING THIS KID APART…that this is pretty much a par-for-the-course, acceptable way to act? it’s like a roman forum. it’s gross.

as far as i can see, justin bieber is another human casualty of a crazy, hero-worshipping, alienating star-machine culture that loves to regard people as untouchable, non-human icons to be loved or detested…and alternately loves to watch them fail.

anyone who takes part in either side is feeding something really terrible.

i was going to blog this poem on it’s own last night, but bieber serves as connecting tissue.

it’s been long enough, i guess.
i wanted to share this poem with you. i didn’t write it.

danny hillis wrote it, and read it to me when i was in the midst of poemgate…
after i wrote THIS blog/poem and got a sudden, unexpected barrage of hate-media, hate-comments, and a death threat.

danny hillis is a…really smart, kind, amazing dude.
we’d met at TED, and made friends.
he gave a talk – that i watched live from the audience – called “the internet could crash, we need plan B”:

then, about two hours after MY talk, we bumped into each other in the lobby.
i said “i liked your talk about the internet!”
he said “i liked your talk about asking!”
i said “where are you from?”
he said “i’m from LA, but i also sort of spending time in cambridge, MA.”
i said “that’s where i live!!! where in cambridge?”
he said “well, funny enough, given your talk, i’m kind of couch surfing at the moment, staying with different friends.”
and i said “if you ever want to stay at our house you can.”
and he said “really?”
and i was like “totally.”
and he said “do you mean that? because i’m going to cambridge on friday.”
and i gave him the key and two days later i was staying in his house in LA and he was staying at our empty house in cambridge.

he’s a scientist and engineer, he’s invented lots of things (you know that thing you do where you squeeze your fingers apart to expand a screen on your phone? yeah, danny sorta thought that up)…and he’s one of the founders of the Long Now Foundation.
he was staying at our house when the poem thing happened.
and he wrote this, and i filed it away for a time when the flames had died down, and i’d like to share it.
before this start another kerfuffle, bear in mind: nobody here is saying i’m jesus (good lord).

it’s not about that. i think it’s about empathy.
and why we have to have it to stay human.
we have to have empathy…with everyone.
with justin bieber.
with the people we’re angry at.
with the people whose music we don’t like.
with people who hurt themselves.
with people who hurt other people.
with deranged killers
they need it most.
we need to feel empathy with
(you guessed it)
EVERYBODY.

here it is, with danny’s permission:

How dare you, Amanda Palmer?
How dare you write a poem
Sympathizing with a kid
that everyone
(Yes, pretty much everyone),
despises.
And for good reason.
So how dare you
imagine
Because if we ever, ever
imagine
what it is like to be him
to feel like Him
Then we might
(not likely, but there is always the danger
we Might)
love our enemies.
How dare you say anything
to lead us
to that

And how dare you
Stand up on a mountaintop
In front of God and everybody
And announce that we can
Ask
Just ask
Are you trying to tell us
the we will just, –what?
receive?
That doors will open
just because we knock?
Who do you think we are, Amanda?
A bunch of lilies?
A flock of fucking birds?
We toil.
We spin.
We sow.
We reap.
I mean, Jesus H Christ, Amanda,
Do you think we can feed a multitude
with loaves and fishes?

I hear you let some chick
wash your feet.
with perfume! 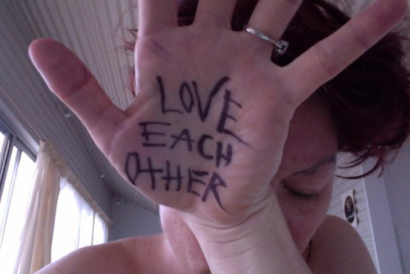