aie aie aie. so many interesting things to talk about….where do we start?

if you are a new reader to my blog, hello. if you want to see what i actually do (i’m mostly a musician, not just a random free-verse blogger), here’s a song i just released and the video that goes with it. it’s called “the bed song“.

two days ago i posted a poem.

as of posting this, there are 1,947 comments on a poem that took me – no exaggeration – about 9 minutes to write. many of the comments have been confused, many of them understanding, many of them angry.

this is the best thing that art can do – any art, good art, bad art, 9-minute art and 9-year art….reveal things.

it is always very interesting when people misinterpret art, and then get angry about it.

it tells you a lot about how people work, how they think things should work.
it tells you what they hold dear, and what they are afraid of.
it can be a very good litmus test for which way the wind is blowing.

right now, in the wake of the unspeakable things that just happened here in boston, a lot of people are very angry, and confused….and afraid.
including me. which is why i wrote. i’d already posted several blogs (here and here).

as many people in the comments have pointed out: art is how i deal.
i take the things around me, and i put them in a blender in my mind, and i connect the dots, and i layer, and….i write.
sometimes songs, sometimes poems, sometimes emails.

if my phone had rang at 11:34 and i had spent between 11:34 and 11:43 talking to a friend instead of writing this poem….?
i never would have written anything. i would have taken the call. i had to be somewhere at noon. i had to leave.

the two days had included everything that went into the poem:

-watching the bombing happen right in my old neighborhood three miles away from where i was sitting, and spending the next six hours online, connecting the dots with my community, and sharing stories, and being worried together, and getting texts left and right and putting my whole life on hold to feel the gravity of what was happening. we all did.

-seeing horrific images and taking in the stories about what happened to the people who were injured and killed.

-feeling the shift of the city and, a few days later, waking up in my new neighborhood and being told by the police not to leave my house, that our neighborhood was under lockdown, and looking out my window, wondering if there was someone hiding in the bushes trying to kill us.

-finding out our morning train to new york was canceled and deciding to leave anyway, with my husband neil. and feeling scared and shaken, and driving a car four hours to new york with the news on, listening, and crying, and worrying, and getting familiar with a boy named dzhokhar and his brother, and hearing the stories pouring out of his friends from high school, and hearing the anger and confusion and worry in his uncle’s voice.

-getting to new york and looking for a place to live. and failing, but not just because we couldn’t find a physical place.
because something else might prevent us from moving there. and things getting complicated. and watching the plans of our life fall apart, and feeling guilty and talking to everyone in new york about what was happening in boston.

-picking my fingers. and getting more anxious.

-going to yoga, and feeling my legs (see the OTHER blog).

-getting reports and frightening photo-texts from boston via my friends, stuck inside their homes, as police and FBI with guns flooded into their quiet little suburban streets.

-doing an event in new york, leaving the event, and immediately reading the story about the boat, and the shoot-out.

-getting back from new york the next night, and going to party at harvard with neil.
-talking with a writer friend, and hearing her stories about the pros and cons of being a mother.
-watching neil dancing, which he never does, and feeling my heart open unarmed in his direction.
-watching my phone battery die.
-watching my business plans die.
-watching my husband fret deadlines and worrying if the next months are going to be harder than we thought.
-watching the news.
-watching how it’s all connected, always. (because it is. we are. we always are.)

right up to the last two minutes of my life before writing the poem:

-ordering two vietnamese soft rolls (or was it three?…for me and neil who was trying to get some writing done in the other corner of the bookstore cafe), getting a coffee with milk, and sitting in the exact same chair in the exact same cafe where i had been sitting a few days earlier when someone tweeted me that a bomb had just gone off in my city, right across the bridge. and looking at the file name of the document of the girl sitting next to me.

many people – even the people who loved the poem – thought this poem was directed “at dzhokhoar”.
as in: you, you, you.

the first few hours of comments came in and the poem had resonated with my readers.
there was a nice discussion and a lot of nodding heads about the confusion we shared.

then it was found and shared by people far outside my community, who had never heard of me, my music or my blog, and a giant shit-storm started.

people started tweeting that “my legs should be blown off”.

then a remarkable thing happened.

meanwhile a lot of other people were yelling that IT WASN’T EVEN A POEM, BECAUSE IT DIDN’T RHYME.

and another lot of people explained that poems don’t have to rhyme to be poems.

and my supporters starting linking me to poems they had written about the event, and i shared them on twitter.

and then: someone told me it was national poetry month.

and i thought: this is amazing. when was the last time a thousand people argued about a stupid poem?

or shared so many poems about something bad that had happened?

not any time recently, that i can remember.

i am definitely going to resist the urge to publish a book entitled “a slim volume of anti-amanda-palmer verse written during national poetry month”.

but seriously…it’s tempting. some of the hate poems were REALLY GOOD.

every time something terrible has happened in america, in the past dozen or so years, i’ve felt a shift towards fear.

fear happens.
and when you feel the fear, you have many choices.

i get messages from all sorts of people through facebook and my website and through regular email.

the thing that scared me most (and i’ve seen and read a lot of scary things) in the last few days was this:

a handful of people wrote me private messages and long letters telling me how much they’d liked the poem, and how sorry they were that this shitstorm was happening, and how they, too, had felt some empathy and sadness for the 19-year-old boy….whatever his story or whatever the real verdict. they were also scared by the media portrayal of “people” as “monsters” and the dark cries from the community for blood and vengeance.

a lot of people posted similar sentiments to the blog, in public.
but these people told me that they felt to scared to post these feelings in public for fear of looking un-american, of looking “sympathetic” towards the bombers.

(note: “sympathy” is defined as “feelings of pity and sorrow for someone else’s misfortune.” and “empathy” is defined as “the action of understanding, being aware of, being sensitive to, and vicariously experiencing the feelings, thoughts, and experience of another of either the past or present without having the feelings”. know the difference. it’s subtle…but important.)

so….people are afraid to say, in public, that they feel empathy?

this scared me so much.

and think about what we’ve learned from that phenomenon in the past, and what can happen when too many people think that way.

was the act of these bombings terrible, unspeakable, horrific? yes.
should the person or people who committed them be brought to justice and should we try to prevent them from ever, ever committing such acts again? yes.

so to all of you reading this blog, including those who are new here, with whatever agenda you may have:

may you be safe from harm and danger.
may you feel at peace in these weird and scary times.

and may you find a way to feel empathy towards everyone.

when the “oasis” controversy happened a few years ago and people were angry at me for writing the song, i wrote about how you have to stop the darkness taking over.

and here, now, i think we need an even more general rule about the current state of affairs:

when you cannot make art about the chaos, that’s when the chaos takes over. 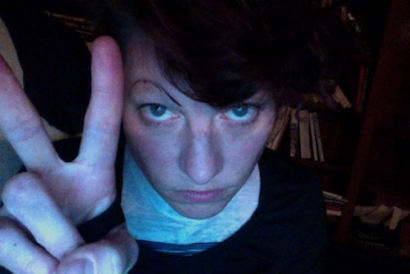 p.s. some people tried to make a kerfuffle out of the fact that i have a donate button on my blog. it is a built in feature of the site that i designed after the TED talk. it lives down there.
and i am happy to report that hundreds of blog readers here have clicked through to the ONE foundation that we also linked at the end of the blog. here is that link again, please use it: 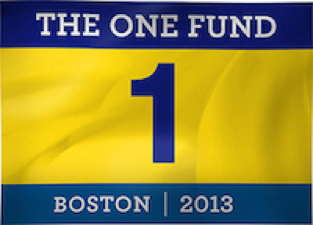 a poem for dzhokhar