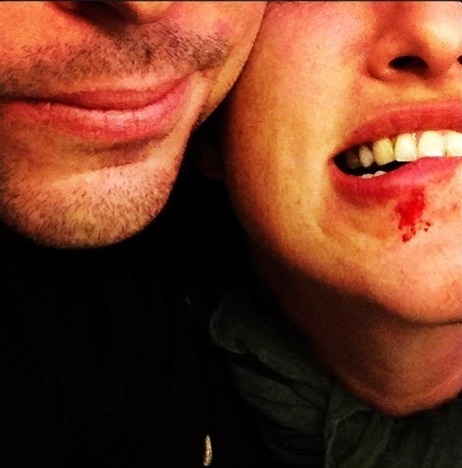 Cross-posted from my Tumblr. 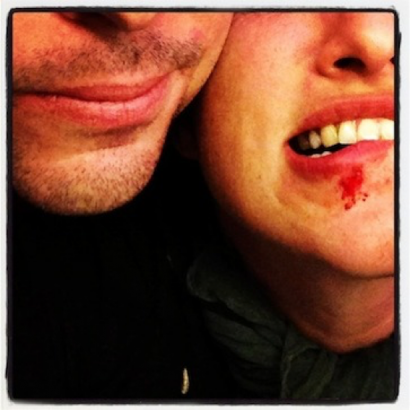 amandapalmer:
i tour the entire fall in Europe, moshing & crowdsurfing, & I don’t get a bloody fucking lip until i decide to do a clash cover at the @bittorrent offices & ask the audience to make a pit. what does this say about the future of music? (thanks Conor).

today is a new year. but it’s like breaking out from underground into a painful light.

i posted this photo two weeks ago, when i was visiting my friend conor at bittorrent. he had just accidentally clocked me in the face with my own microphone and we were both really proud that i was bleeding.

a few nights ago, conor took his own life. he left behind his wife, ava, and his four-month-old baby daughter, finn. i’m going to write a longer blog about it (including information for the san francisco community about pitching in to help ava, plus a helping-fund for finn), but i can’t let this day go by without saying something.

god i miss him. and i don’t understand.

i love you. whoever and wherever you are.

and i mean it.

happy new year. hang in there.