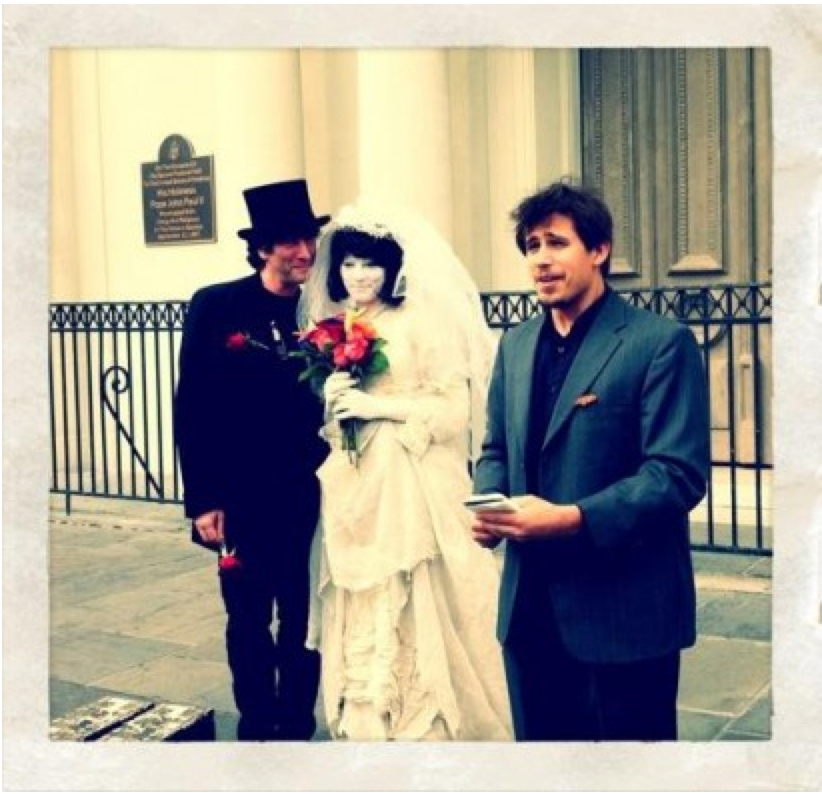 November 17, 2010
the part of the story that you need to know is that two years ago, before neil and i were even dating, i gave him the bride for his birthday.
he was 48.
i used to be a bride for a living. many of you know this. but some of you probably don’t.
for about 5 years, off and on, i made my living as a street performer, standing still as a white-washed living statue in a wedding dress and veil, giving out flowers and kisses, selling love, hope and eye contact and staying glued to my milk crate as love and indifference passed me in human waves on the street.
i busked mostly in harvard square, but i also traveled, especially when the winter hit and busking in boston was impossible and my day job at the ice cream store started driving me crazy.
more than ten years ago, my sister got married in new orleans. i flew down early, since my parents were footing the bill for the plane ticket, figuring i’d make some money hitting the street.
my mother took this photo of me in jackson square in front of the st. louis cathedral.
i was 23. 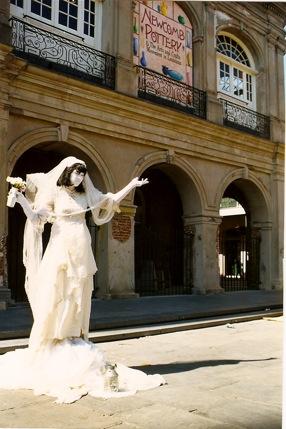 the money was terrible. there was an overpopulation of street performers.
i was nothing special. 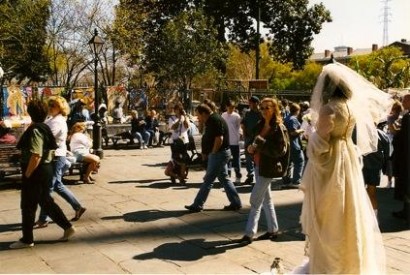 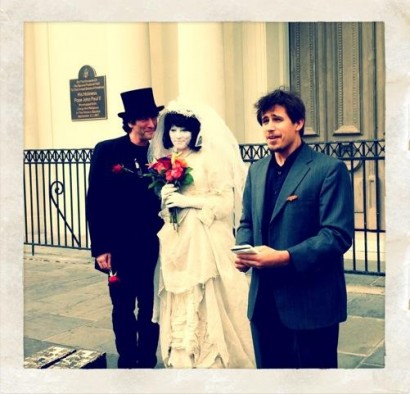 and this one, of kyle taking pictures…. 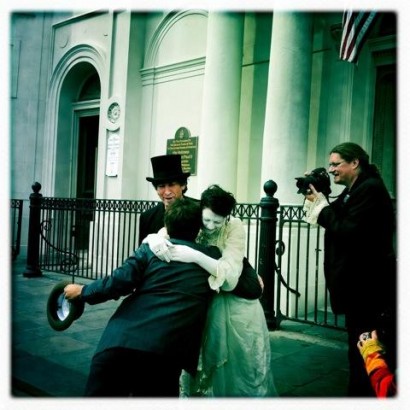 and of us kissing, a black and a white: 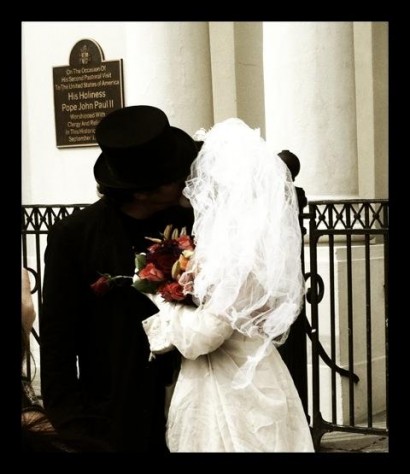 and kyle and the wonderful olga nunes put together the official wedding album, with some of the most beautiful pictures i’ve ever seen of the wedding party…..
go look: 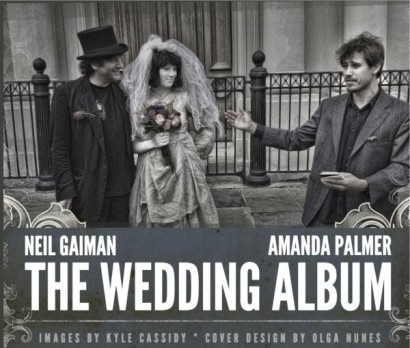 ….it’s absolutely beautiful.
thank you kyle, thank you olga. thank you hung-over morning wedding party and thank you neil gaiman, my wonderful moxy, for taking me as your lawfully wedded statue….
i love you with all my human heart.

the wedding party as photographed by kyle cassidy: