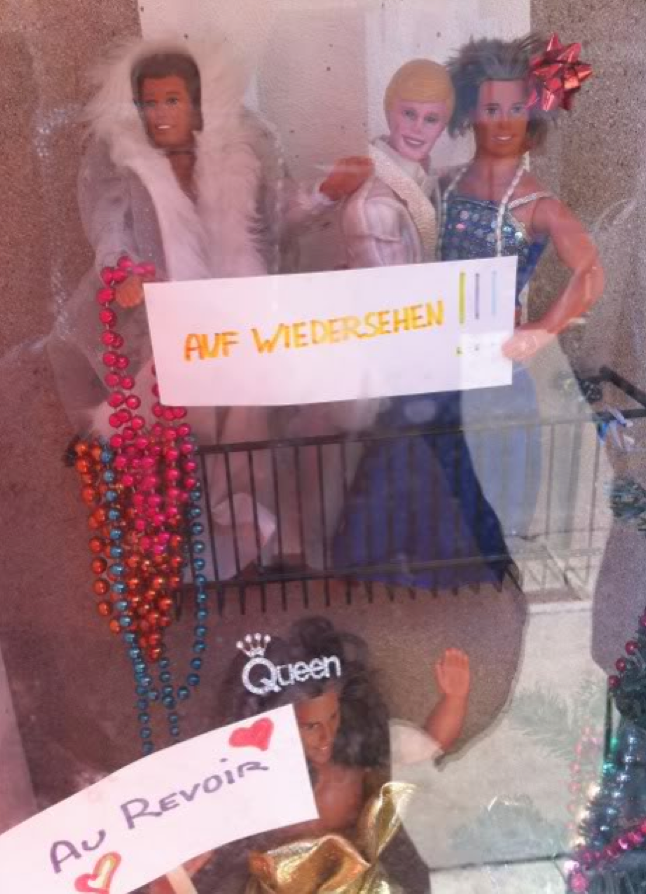 November 11, 2010
thank you so much for all your fucking wonderful comments on the neil piece. i’m glad you loved it. i loved it. the man can fucking write.
speaking of which, i twittered this photo of him the other day, from a little new orleans’ bookstore, and held a caption contest: 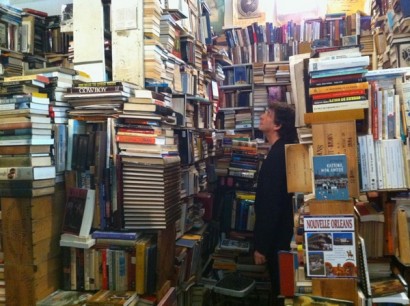 the winner:
@iluvlux
Do not remove this book, it is for structural purposes only.
and some honorable mentions….
@gadiac
As the TARDIS took off, The Doctor was unaware that Neil Gaiman was still in the library.
@AwfulNormal
Suddenly, Amanda realized moving into an apartment with Neil might not have been the best decision
@Marjorie73
Recognizing one of their own, the books start to close in.
meanwhile, elsewhere from the the wandering-around-new-orleans-files…
here are some awesome fucking buskers playing dixie music: 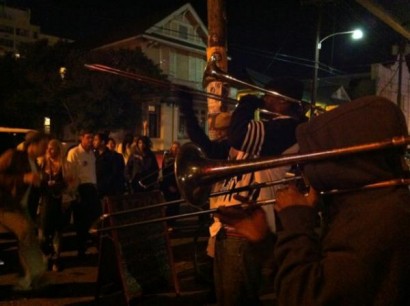 my rule of giving all buskers in the world at least a dollar has meant that i’m fucking going broke down here.
there’s a busker on every corner at night. it’s like being in a strip bar, you just have to come armed with a stack of fives and ones.
i’m hiding down here until leg #2 of the dolls tour starts (tomorrow at tipitina’s, with jason webley and why are we building such a big ship?)….and we JUST added one final american date to the dolls tour, but haven’t announced WHERE yet.
the info will definitely be in the next mailer, so *cue broken record* sign up for the mailing list to find out when/where….we expect a fast sell-out. you’ve been warned. click HERE to sign up if you haven’t yet.
neil and i went to visit poppy z brite and her snakes: 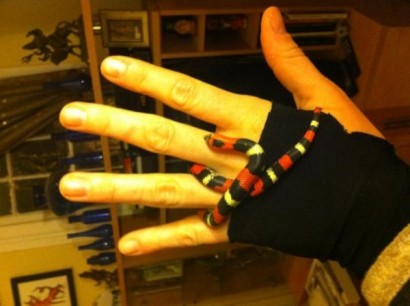 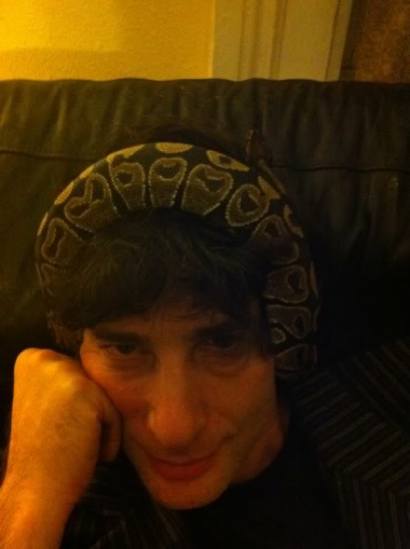 one thing that’s odd: it’s NOT HOT down here? wtf? i wanted HOT.
time to go to australia. i hear it’s hot there.
by the way….i’m getting ready to announce a bunch of OZ dates, so do not fear my pretty antipodeans. tasmania and new zealand too. the album is sounding great, and believe you me, i am coming to all of you to smother you with fucking evil vegemite faster than you can say “tastes like sadness”…
i played neil some of the songs he hadn’t heard yesterday. this little record really did come together beautifully, i can’t wait to put it out.
don’t worry, i’ll be inundating you with info about it SOON…expect an epic AMANDA PALMER GOES DOWN UNDER infoblog, as things like the track-listing and artwork are pawing to get out in front of you…btw, i may be be asking you to contribute your own art, so clean your desks off and sharpen your crayons.
NOW…speaking of australia…
a favor to ask…
please read & HELP THE CRAZY BEAUTIFUL AUSSIES…
(because when we all move there to escape the tyrannical government we will all need places to crash) 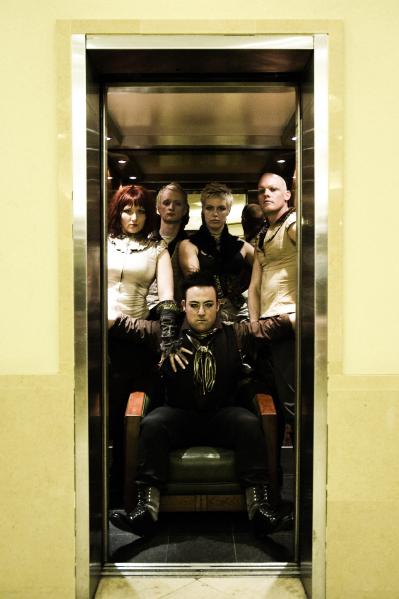 (photo by gregory namora)
a lot of you will remember the danger ensemble from the WKAP tour in 2008/2009 where they toured for me for no money (just flights, travel, and accommodation) and lived on your amazing generosity by passing around their sexy boots at the end of every concert BUT if you do not – they are a contemporary theatre company based in australia, who supplied theatrics, choreography, spectacle and LOVE for the tour.
check out these clips of their work during “have to drive” and “blake says”:
the company’s the brain child of steven mitchell wright (@stevenmitchellw on twitter), who you may also know as the movement director for “cabaret”.
in 2009 – when on break from tour with me – they locked themselves in a freezing cold theatre in boston and began to develop a show called “the hamlet apocalypse”….neil and i saw a little bit of it at time, and it was strange and beautiful and raw. since then, it’s gone through more development and has become a full length show that i saw at adelaide fringe earlier this year…
it was tragic and inspiring and rough and tender and it made me want to do theatre more. 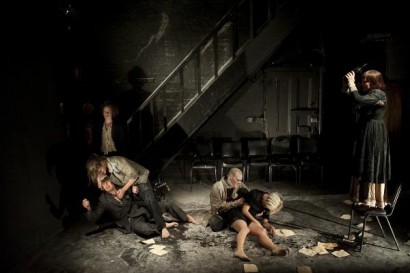 (the hamlet apocalypse, photo by morgan roberts)
why am i telling you this? well…they want to take this show to the next level, and get it in the position where it can be an international touring show, and bring it cities and countries near YOU.   until now, it’s really been a labour of love…it’s been unpaid for the actors, director, creatives, and crew, but they’ve DONE IT – because they believe in the work. thing is, they have to raise money to increase the production value, create a very exciting soundtrack for the show (which will be available online), and develop everything they need to tour the world, proper-like.
they’re raising money on the australian version of kickstarter called fundbreak, and since you all kicked so much ass with tristan and lance horne, it was important for me to bring this to your attention. as little as a dollar from everyone will go a huge way to making this awesome show be more awesomer. $10 will help heaps, and if you’re super loaded, you can donate $10,000 and they’ll fly you from anywhere in the world to the next opening night!
info and donation stuffs can be found at http://hamletapocalypse.fundbreak.com.au and you can share the link with people on twitter & facebook using http://bit.ly/fundTHA
check out the site – dig into your wallets if you can, spread the word either wa
y…..support the fucking crazy experimental artists around us who are trying to make this world a bigger, more beautiful-ful-of-love place, because they and you are the fucking future of this world.
LOVE
afp
p.s. here lie the forthcoming tour dates…come see us.
and when you DO, make sure of two things…
* tweet about the shows by using the hashtags (below, in purple) – that way you’ll be able to see other people tweeting about/from that show…
* if you have an iphone and/or android phone, be sure to install SCVNGR and check-in/play at the venue…we’re gonna be taking it fer a spin on this tour in preparation for australia, and we’d love to see you playing it. fer more info and to download, click this lil bot: 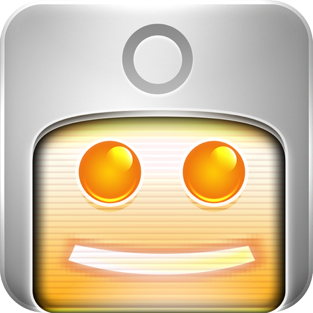 11.12.2010 Tipitina’s
New Orleans, LA
#DDnola
Show at 9:00pm
With Jason Webley and Why Are We Building Such A Big Ship?
Ages 18+
A special gulf oil spill relief-benefit for BTNEP, an organization that is working to preserve, protect, and restore the Barataria and Terrebonne estuaries of Louisiana.
Tickets  |  RSVP  |  View Map
11.13.2010 The Buckhead Theatre
Atlanta, GA

Show at 8:00pm
Please Note: This is NOT a Dresden Dolls show…this is a podcast recording/show featuring Kevin Smith, AFP (solo), and Neil Gaiman. From SModcastle: For an hour, we get to know the guest. For the second hour, we watch the guest do whatever it is that made them a guest in the first place. Then, we all go home – culturally richer for the experience, yet somehow financially poorer.
E-mail sean@amandapalmer.net for a shot at buying a ticket to this extremely sold out show.
SOLD OUT  |  RSVP  |  View Map
p.p.s. here are some gay ken dolls, saying GOODBYE in many languages. i miss my “cabaret” cohorts…this one’s for them: 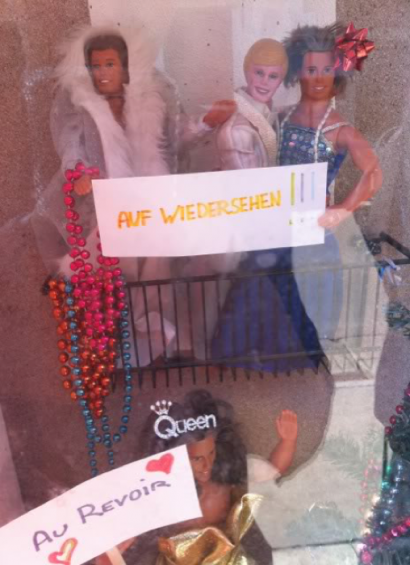