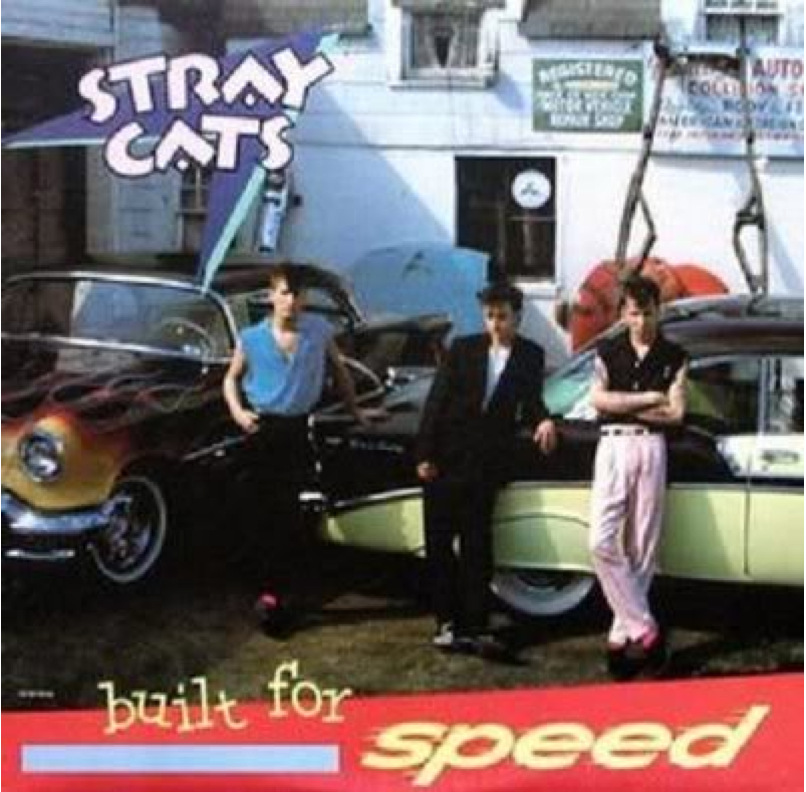 jetlagged. confused. but so, so fucking happy to be back here in my favorite city on earth ok besides new york….

i landed at 9 am and went straight out to breakfast with mr tom dickins (who will also be joining me at the pajama party tomorrow) and then got a glorious massage from his mom, who gives the best massages in australia and was a huge part of why i wanted to come to melbourne for my three days off in oz. i am on my 4th cup of coffee to defeat jetlag and was in the process of crossing the street when i almost got hit by a tram because a big glorious marquis announced that the STRAY CATS were playing at the forum in melbourne tonight.

my very first record album – the FIRST one, the cherry-popping sacred first piece of vinyl that i bought in a store with my own money, was this:

and, to make things even more fucking nostaglic, my second cassette tape (the first one was

) was built for speed, which lived in my super-proto-1982-silver-walkman-on-a-leash for the better part of 3 years:

i had a poster of brian setzer above my bed that i ritualistically HAD to KISS before going to bed every night.
this drove my mother crazy. i think she preferred it when i had to ritualistically arrange my stuffed animals.
she said she liked their music but did not like their outfits.
i did not care. i was eight. i wanted to marry brian setzer. he would understand me.
he was, of course, later to be ousted by prince…then george michael (who knew he was gay back then? i sure didn’t), then robert smith…then it gets too dangerous and i have to stop.

anyway, i’ve never seen them live. i’ve heard rumors that brian setzer wears a hairpiece. i do not care.

i called tom a few minutes ago to ask if he wanted to be my plus one.

he had never heard of the stray cats. he’s 22. now i feel fucking OLD.

what am i going to wear.