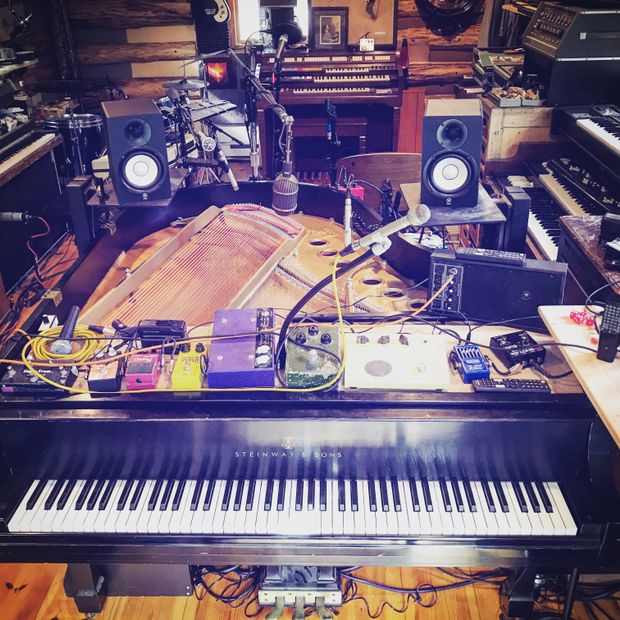 i am not on zoloft.

October 18, 2017
hallo loves.greetings from a pepto-bismal pink rental room in middletown connecticut, where i’m pulling triple duty. i left ash with neil in new york and drove here to finish up work on a long-in-the-making secret film project with michael pope, and to teach our class of 16 now-indoctrinated-in-the-art-of-doing students at my ol’ alma mater wesleyan university, and to record the song i wrote for y’all yesterday (yes, i wrote it, for better or worse, one musical fear sandwich coming right up) since i’m here and so that’s where i’m gonna fuckin record it.

and this time, lovelies, i’m going to film the recording, because it’s hard not to film shit when you’ve got michael pope and pretty old theaters around.

your 1,000+ comments didn’t break my heart. they pummeled it, but my heart feels unbreakable. my heart feels like a sea sponge. i am soaking you up. you are soaking me up. we are exchanging.

we are profound soul sponges, taking turns moistening each other.

see my powerful metaphor? that’s why i get the big bucks, people.

i wrote and wrote on the piano you see here – a borrowed beast of a steinway baby grand at a friend’s home studio in upstate new york.

this way of writing is changing my head. i don’t give myself time to think or criticize. i don’t worry when i’m copying myself and all my other songs. i don’t try to figure out where i’m stealing everything from. i just write and let it be okay.

i love my new song. you will hear it soon. and.

they are records. they say records are dead. these are actual records.

or as laurie anderson my hero said:

Put your hands over your eyes. Jump out of the plane.

There is no pilot. You are not alone. Standby.

or, as jane’s addiction said:

“those were the days”

but in a way, you know

for us these are the days.

off i go to bed. tomorrow; practice practice practice, in those same basement piano practice rooms at wesleyan where i could never write a single song from 1994-1998 because i was sunk in a paralytic zoloft-veiled depression.

four years and i barely wrote or played a single song.

i stopped taking zoloft at 22 and started writing again. i lost four years of songs.

i want those years back. i‘m here, making up for lost time, i suppose.

trying to fix things in my head, for me.

the adventures of professors pope and palmer

lost beneath the starry tent of my own self-eclipse