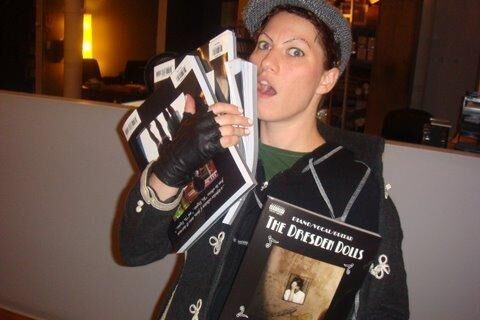 after a blitzkrieg trip to new york/new haven, i’ve landed in nashville to start the tour.

i went to see brian play in world/inferno in boston right before taking off….crazed, crazed.
i still have my walking cast on and i brought my cructches wondering if crutches would be viable in the mosh pit.
assessment: crutches and mosh pit = dumb.

so i stood back and enjoyed from the bar…brian is a genius, as usual, and the band was on fire. some very masochistic dude jumped off a speaker stack into the pit and my inner punk rocker was like “YAR, you go, dude!” and my inner mother was like “BAD, you’re going to kill someone!”
brian just sent along a photo of that, turns out some lucky photographer caught the moment, see below.

watching brian playing with another band is explosive in my heart.
there’s always a little twinge of jealousy but it’s wildly overpowered with pride.
i love watching him play. i just do. he gives it all, no matter what the fuck is going on. it’s inspiring. 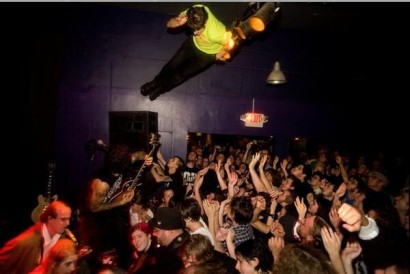 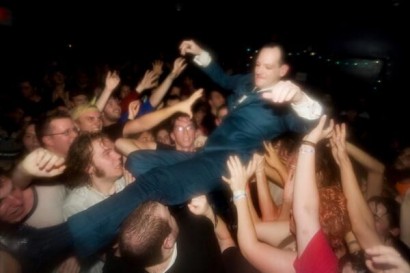 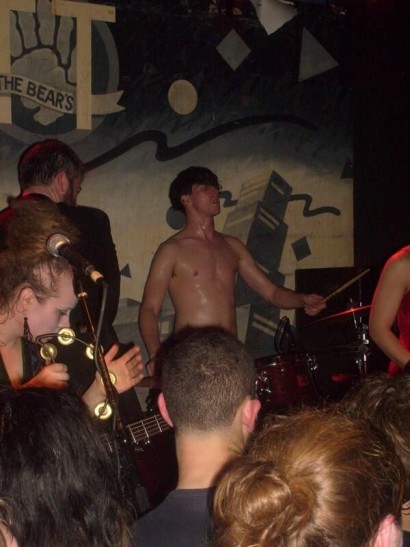 in new york, i saw sara from tegan & sara and we drank too much wine and decided to make some music together someday. at least we didn’t move to shots, so my hangover was a pure wine hangover, and nobody around me tempted me with cigarettes. i am fully recovered.
sara’s one smart fucking cookie, i could have talked to her for weeks about music and the industry. tegan & sara did it very much like the dolls did it, from the ground up.
i can’t overemphasize how brilliant their new record is. the con. go find it.

i saw neil gaiman for his birthday and we went to some wonderful places, including the new york public library to see some blank walls that used to have charles addams work hung upon them and a very self-indulgent trip to barnes & noble to buy his new book, “the graveyard book”, which i am now very excited to read.
DC comics asked me to write the introduction to a neil collection of Death works, so i’ve been delving into reading comics. pithy? of course! ask the dead girl. she’ll know.

i visited michael in new haven and he recorded me singing a guest vocal for a group from germany/norway called Apoptygma Berserk. fun, fun dancy new wave stuff…
i love doing shit like that….i’ll let you know when the song starts existing, it’s called “black versus white”.
in related news, love is hard. and long-distance love appears harder.
i’ve never dealt with anything like this before. my mind cramps, my heart hurts. 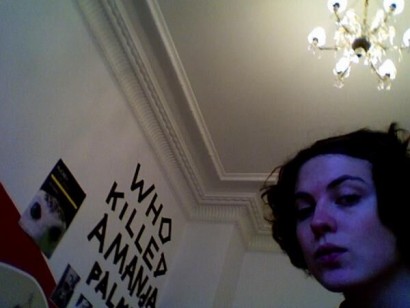 some nittygritty about tonight and onward:

as we did in europe, there will be a SIGNING TABLE after EVERY SHOW unless for some fucked up reason we can’t do it.
so ask gorgeous pregnant laura at the merchandise table where i’ll be, and most nights i’ll try to remember to announce from stage where i’ll be signing.
yes, i will sign your tits. but you better buy a t-shirt too to support my broke musician ass.
there will also be an “ask amanda” box at the merch table. use it. i’ll answer questions from stage.
i have a fantasy that i can grab a plastic stencil and some fabric-safe spray paint or a paint roller to custom-stencil your winter coats.
now that i’m on the road give me a week. i’ll try to do it.

the merch designs on this tour are rad – there’s some wonderful stuff: 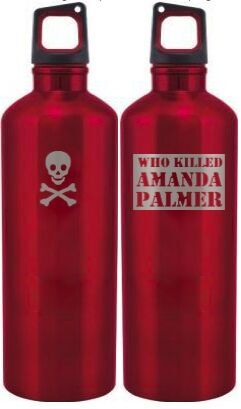 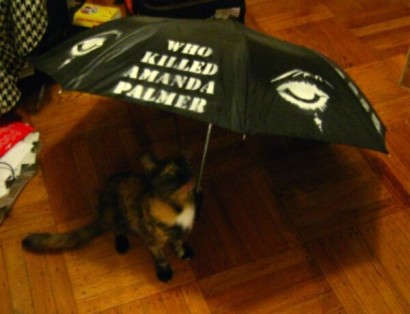 dresden dolls news…..
the NEWLY GLUED NOT-FUCKED-UP “virginia companions” had arrivven!
we’re about to send a mailer about this…..but the gazillion-page-photo-and-sheet-music beast has been re-printed and everyone who got a fucked-up copy will get a shiny new one.
here’s me in new york, signing the artist’s copies…… 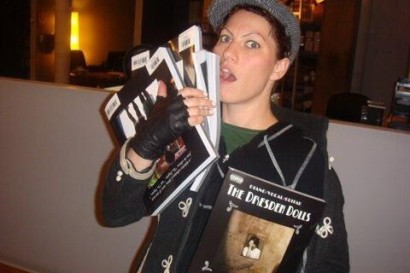 this is WACK.
i never thought i would see pre-teens bumping and grinding britney-style to “coin-operated boy”.
but:

some googling led me to find out that this is an american national talent competition for young dancers.
i am floored and conflicted.

the coin-operated boy video keeps popping up in people’s blogs as they discover the dresden dolls.
the song’s got sticking power….god damn.
sometime i’ll compile all the weird fucking places it’s popped up (in particular the austrain jam commercial & the super-euro-trash techno remix…)