i’m in the new issue of out magazine, where me, tegan & sara & amy cook were featured in the “hot 100” list as the musician-y types.
here’s a youtube clip of some interview footage from that day and some b-roll footage from the shoot:

the whole list of celebs in the hot 100 were shot to mimick old movies
& the concept was to make us look like the cast of the “outsiders”…. 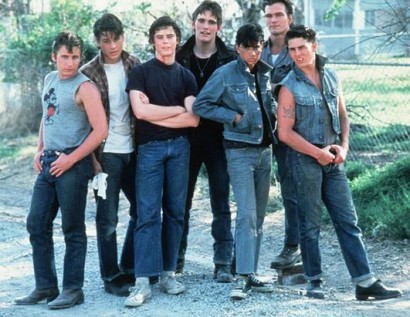 …but mostly we ended up looking like über-dykes.
maybe the lesbians will love me even more now, which is fiiiine with me.
last night in the signing line someone started a trend of amanda-please-grab-my-tits-for-the-photo and that worked out just dandy.

the clogs? bad idea. but i had no other shoes with me.
(better than cruggs.) 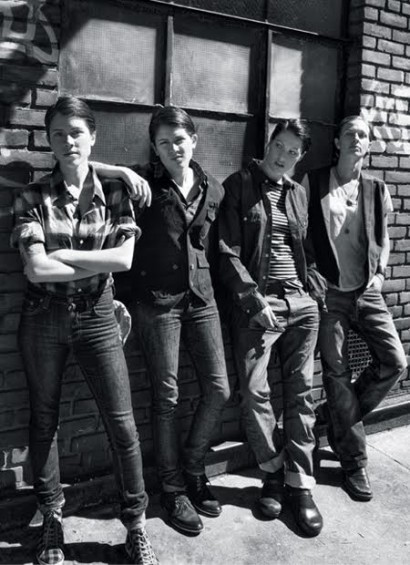 but, i still think we still look relatively hot.

speaking of tits, i made a joke from stage the other night during the collection for the danger ensemble (because steven pointed out that i looked like i was about to take my bra off).
i joked that i would take my top off if someone donated $500 to the danger ensemble. and god dammit, some generously crazy person went to the club ATM and gave steven
five $100 bills. so i had psycho crank up the painful techno remix of coin-operated boy and we had a topless rave (well, it wasn’t much of a rave, and i was the only topless one, but we definitely all danced to flashing lights and bad techno) to end the show. i’d say the offer stands, but i think i’ll tack on an extra hundred-dollar donation bounty for anyone who wants to see the topless rave again.
$600 for a topless rave in washington DC, going, going, going, how sick can you get of my tits, and how quickly……?
actually, i take it back about DC. we need to start in new haven, since my dad will be in DC. and come to think of it, my boyfriend will be in new haven. he might not mind, but given the rocky circumstances, it’s not such a hot idea to rock the boat. i’m having a tough enough time as it is.
we’ll have to wait for new york. done deal. and forget about the monday night in boston. my mom will be there. she’d FREAK. or JOIN the cause. let’s not let shit get too crazy.
but tuesday night in boston, go nuts. i’ll keep you posted.

i think this might actually be illegal.
but it pays way better than stripping and is certainly for a better cause (feed the hungry australians). at this rate, i’ll be able to keep them on tour with me for life.

that night in asheville was aMAZING. i also had a great round of ask amanda questions, including “what is your favorite body part?”
no lie: it’s my fat little belly. it needs extra love, because it’s so insecure. i waxed about this for a few moments. loving the belly. so important.
at the end of the night in the signing line i signed 4 or 5 wonderful bellies in a row, and later that night got a personal thank you from the tattoo artist who had agreed to ink them the next day. tattoos sometimes weird me out, but these are the proudest of the lot. belly power tattoos.
lifetime reminders of loving the belly. i can get behind that. i can think of nothing more noble. i might even get one myself, and i’m tattoo-free. i’ll think about it.

and
speaking of the signing line, i recently discovered the BLEACH PEN.
omigod. the Bleach Pen.
who knew?? 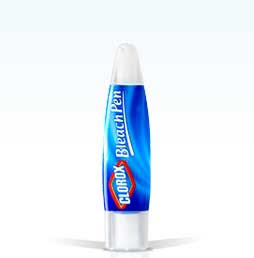 someone brought the Bleach Pen to the ralieigh show and it proved a massive hit.
i can sign our shirts with bleach and the design looks amazing and lasts forever.
so, when you buy your shirt/hoodie/thing and bring to signing, ask for the Bleach Pen by name.
i’ll post some photos when i can.

in other weird news, some german sportscast used “leeds united” as their background music…..
no irony in those germans.
nein: http://www.youtube.com/watch?v=XjvS7IQdo-M&fmt=18

IT’S MY BIRTHDAY AND HERE’S WHAT I WOULD LOVE