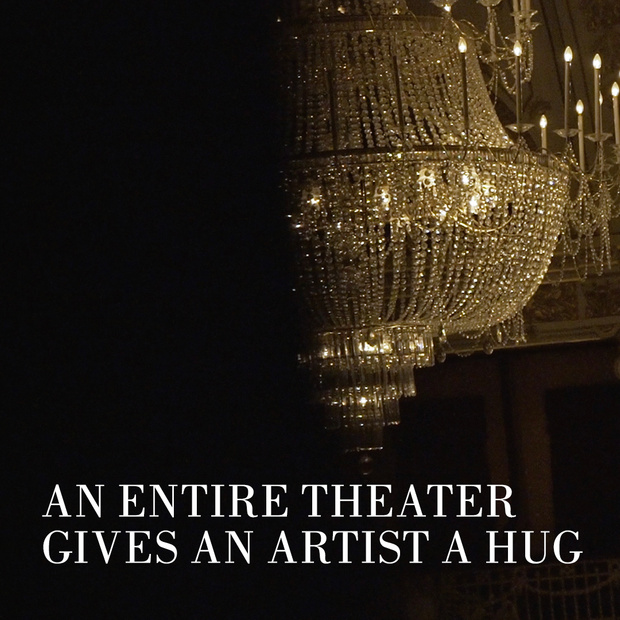 the last thing of the month…is a short film of the anatomy of a hug. {official thing}

i’ll be reading comments later tonight after the show and i’d love to know what you think of this one. the whole thing.

greetings from a coffee shop in brisbane, because life never stops life-ing. i am going to see hundreds of you over tyhe next few days and i am so glad to be back here in australia, touring and doing The Thing I Do.  i slaved in the studio yesterday and the day before to make a new…record? i mean, i think it’s almost as long as a record. all of your song suggestions set me on FIRE and then i couldn’t stop. so, yeah. oops. i think i accidentally just made a record. i’m not kidding. stay tuned.

if you’re new to the patreon, this Thing may leave you going “WTF….?”. whatttttttt

if you’re not new, you’ll, well….you’ll get it. this is a strange and unexpected one, but that’s the beauty of this platform.

in the entire history of the patreon – and it’s been almost five years, i’ve never done anything quite as weird as this. but…..we are all connected and i believe that fucking anything is possible and, actually, with patreon, anything IS possible. really.

so here we go.

it’s a short film made in braga, portugal, by a local portuguese film crew about a hug i got.

and it came out of nowhere, because i was really not expecting my one-off shows in europe to occur on one of the worst nights of my life. it was just nice that someone was filming the show.

i was talking to someone recently about that fateful day and night in braga – it was the day my guardian/twitter hit Peak Kerfuffle (if you didn’t follow, i won’t open that one up for you) and….i was just despairing over all the toxic shit i was reading in my feed.  and i was saying how that day and night felt harder, “worse”, even though i don’t quite believe in “worse or “better” than the harrowing night i had a gory miscarriage all on my own.

how is that possible?

how could reading things on the internet feel worse that having a miscarriage?

i don’t know. i guess…because it’s all relative. i think it felt worse because i felt marooned by my fellow humans. i felt really, really alone. i felt rejected and hated and targeted and canceled and poisoned. i felt sick. i got sick. i was sick. i kept going to the bathroom to throw up. it was gnarly.

i was in “mid-kerfuffle”, as neil and i call it when this happens to us, or our friends.

and, y’know….i’m amanda fucking palmer. shouldn’t i know how this works by now? shouldn’t i know exactly how to emotionally handle the darkest dark of the internet? to know how to be human teflon to seemingly endless comments about hate and rape and racism and narcissism and ego and murder and total-human-horror directed squarely at your face?

if you don’t know what i’m talking about, don’t go googling. all i can tell you is that it was a bad day on the internet. just trust me on that one.

i have learned a lot since 2012 and the year of endless kerfuffles (if you want to know about that era, may i refer you to my book, “the art of asking”), but i still felt blindsided.

i woke up that morning feeling broken and tired, having barely slept.

i dragged myself to the gig. gaby helped me. i made it though soundcheck.

this is a really great photo that gabrielle motola took of me at the venue right before the show. i know i’ve posted it here before, but it’s part of the story. i was so broken. 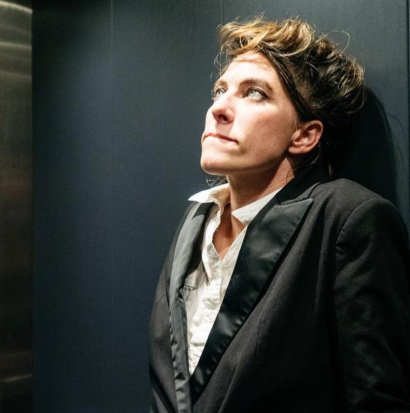 and then…….i wrote a song, kind of, in the basement of the venue right before the show.

it doesn’t even really count as “a song”. it’s more of a stream-of-consciousness spoken word poem with a bleak chorus, and i put it out to the patrons and not to the public, for free (i didn’t “thing” it) because it felt wrong to charge for pure and unadulterated flash-catharsis, even thought a few people here scolded me and told me i should’ve charged, that “that is what the patreon is here for”.

this film happened instead, so it all happened and didn’t happen for a reason….here’s the karmic circle coming around.

that night led to a group hug that really turned me around. in ways that have stayed and taught. if you were there, you know.

here’s the hug, as first posted: 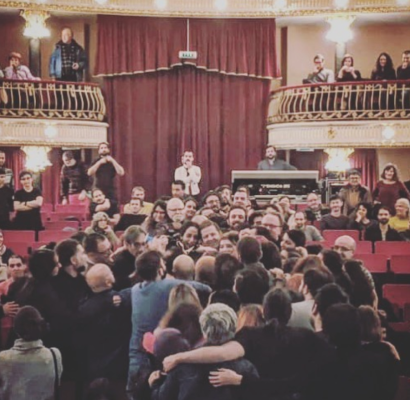 and a blog i wrote about it.

it was our divine luck to have a portuguese film crew in the house that night. especially one who understood how to connect the dots of life and art. who knew?

i never in a million years would have imagined that THIS was what the result of my night in portugal would be….but there you go.

the film only uses the first third of the song (which i called “bitter”).

if you want to hear the last two-thirds of the song, you can refer to the original post.

if you were one of these people….i don’t know guys.

that night in braga did something for me that no show has ever done.

to lay myself that bare on stage and then to talk to hundreds of people after the show, all these people mostly from portugal, as one by one they said:

“amanda, we got you.

really. we got you.”

and i remember walking down the street the next morning. and people kept hugging me. 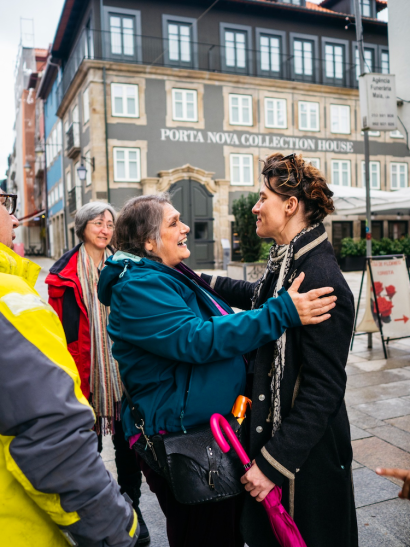 i never wanted to leave braga. 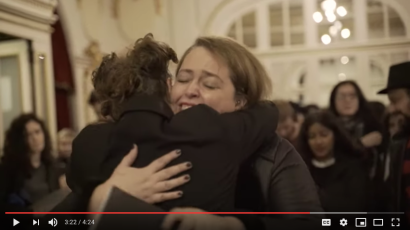 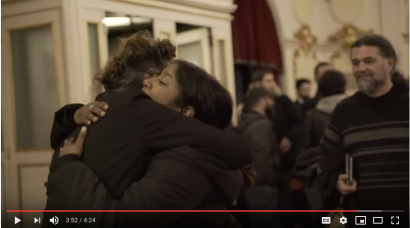 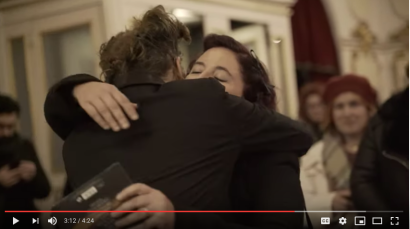 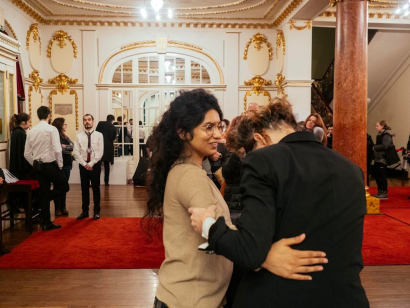 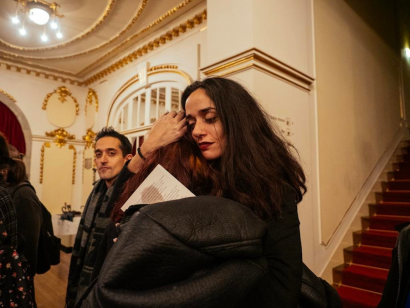 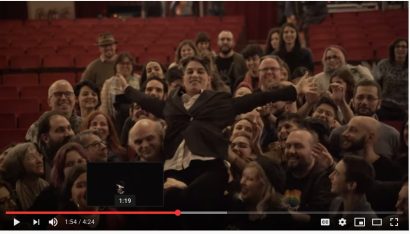 here are some stills from the film… 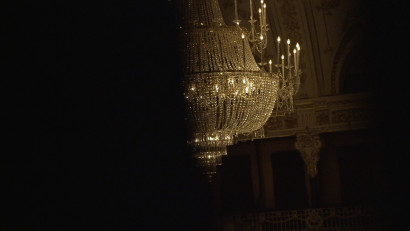 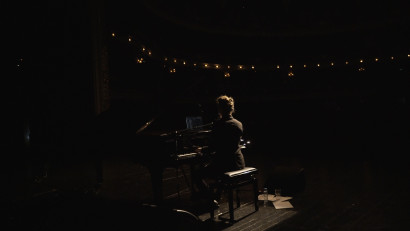 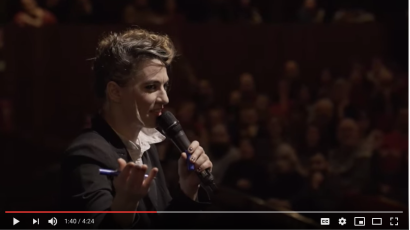 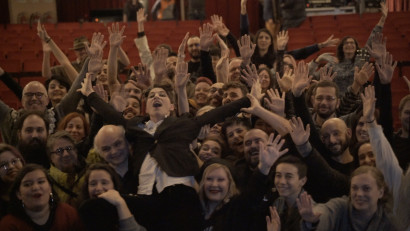 meanwhile…this is the “third thing” of the month which means that it’s making a fraction of what the second and third things make, because of patreon pledge caps. (HOORAY).

but because there’s been a huge demand to release some cash fast to the bushfire efforts, and because my tasmanian song and bushfire EP are still in the works, i’m taking $5k of the top of the profit from this video and giving it to the growing pile of $$ we are collecting (we also made $3k from the Q&A and about $3k from the melbourne benefit posters) to give to firesticks alliance, the group i’ve befriended over here who are trying to educate people about cultural burning.

it’s my dream that when all is said and done this next month, if enough people also download the bushfire EP from bandcamp and pay money towards the charity, we will be approaching about $30-50k that we can give to firesticks….and they are so fucking amazing and deserve every penny of it.

here’s me with amos from firesticks, at the #InvasionDay march the other day in melbourne: 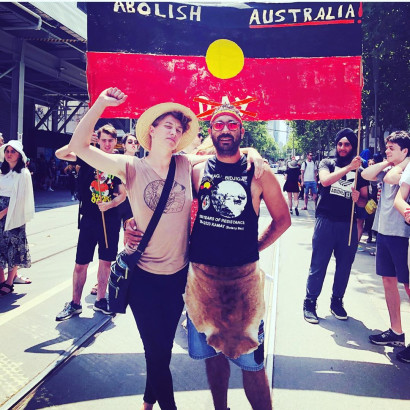 we do what we can do. 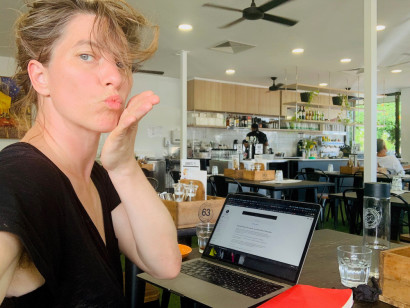 anatomy of a hickey